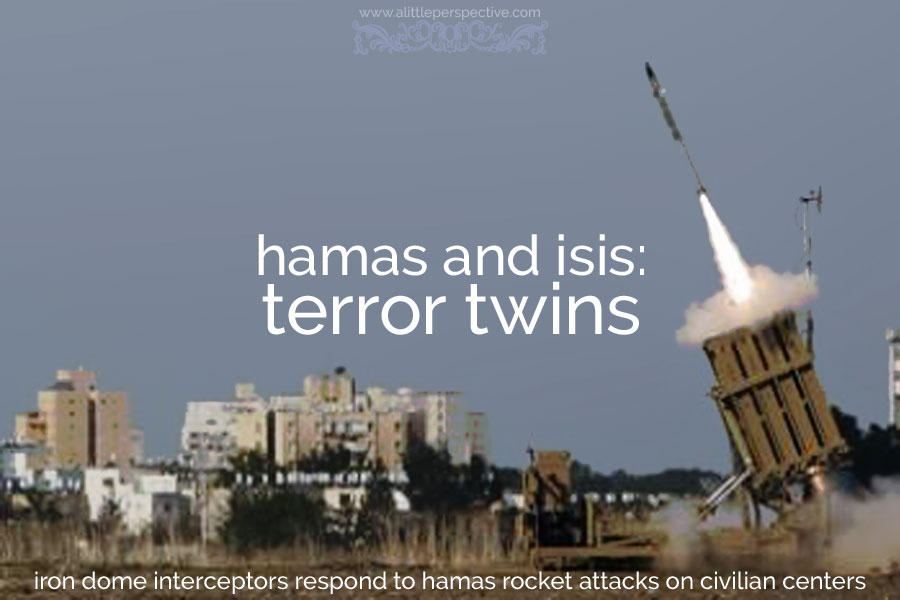 On my facebook page, I have been daily posting updates from the IDF and others on the current defensive war being fought by Israel against Hamas. This morning the headlines converged.

Hamas ended the latest 72- hour humanitarian ceasefire early, firing rockets on Israeli civilian centers from Palestinian civilian centers; the IDF responded. God bless and Godspeed to the IDF; I pray there will be no more ceasefires against Hamas. Hamas has proven time and again it has no regard for civilian lives, its own or Israel’s; they are a cancerous political ideology which must be eradicated. Ceasefires only allow them breathing space to regroup and renew. Ceasefires ENABLE terror to continue.

How did the cancer of Hamas come to be in Gaza? Gaza used to be full of modern Israeli communities (Broken link, active August 8, 2014), living side by side with the Palestinians. In 2005, however, the US pressured Israel to accept a unilateral withdrawal from Gaza, stating that the Gazans were capable of governing themselves in peace and security. Jewish residents were evicted from their homes and made refugees. In reality, the political situation was too unstable to support such a move; Hamas moved in to fill the power vacuum, and the Gazans have been suffering from it ever since.

The parallels to the Iraq situation are uncanny, aren’t they? For some unknown reason, the US withdrew from Iraq before the political situation was stable enough to allow self- governance in peace and security. ISIS moved into the vacuum created, and has been pursuing genocide against Iraqi Christians (and here) who have been established there for 2000 years.

Just as the IDF now has to pursue strikes against Hamas for the sake of peace and security, the US has begun to engage in strikes against ISIS in order to protect Iraqi citizens. I think the lesson is, the leftist double mantra of withdrawal/ non- occupation does not promote peace and security when a weak state is not ready to secure itself. Rather, the blood of thousands of innocent civilians who have been murdered at the hands of violent terrorists, in Gaza, Israel, and Iraq, comes solely home to roost on the leftist doorstep, which howled for a change from the status quo. If both Israel and the US had stayed put, we would not be facing a strengthened terrorist network today.

Be that as it may, learn from the mistakes of the past. Do not give in to foolish ivory tower leftist howling, but stay the course, clean up the mess, and restore order for the sake of the Gazans, Israelis, and Iraqis who are suffering.