You are here: Home / Bible Study / bible for beginners / Genesis 5 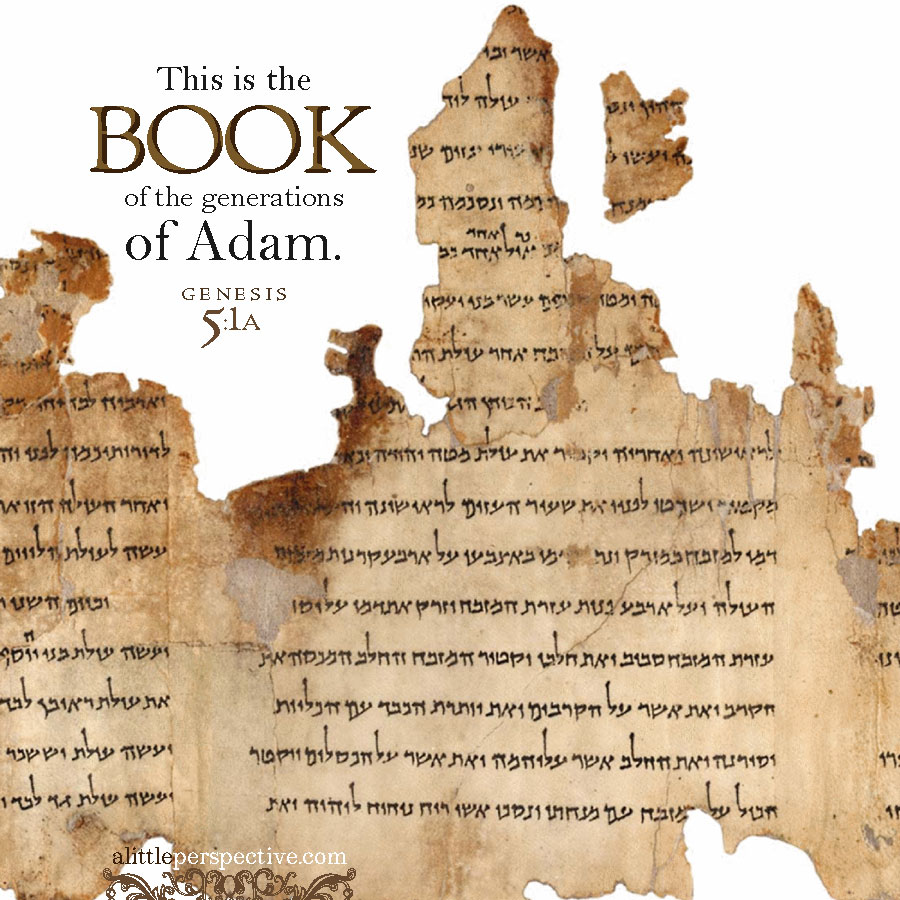 “Book” in verse 1 is the Hebrew word sefer which means a “written record.” This is additional evidence from the beginning that Genesis is not an orally transmitted or evolved mythology of the Hebrew people, but beginning with Adam, this history was written down.

As Adam was God’s son, so Seth was Adam’s son. From the very beginning of Genesis, God is revealing who He is to man: Creator, then Judge, but just as importantly, Father.

The son whom Adam begot, was Seth. No mention is made of Cain or Abel. This is because Abel was dead and could not bear children to continue Adam’s line, and Cain, although alive and bearing children, was shown, in the last chapter, to be fathering a line of children who did not know the presence of God and who followed in their father’s footsteps in doing evil. Thus, by following the genealogy through Seth in this chapter, the Bible is making a Comparison and Contrast between two families of men in the earth: the family of Cain, the unrighteous seed who rebelled, and the family of Seth, the righteous seed who obeyed.

This chapter also highlights the Pattern and Repetition teaching tool. So and so lived x number of years, and begot so and so. Afterward he lived y number of years, begot other sons and daughters, so that all his days were z number of years, then he died, over and over again until our eyes glaze over.

But then we arrive at Gen 5:22, and we read something different:

And then the previously established pattern resumes. These few verses stand out to us simply because they say something different in a long line of repetition without variation. The break in pattern draws draws our attention so that we do not miss something important God is trying to say. That is, Enoch walked with God, and he did not die like everyone else. Walking in the flesh leads to death; walking with God leads to life.

Did the patriarchs before the Flood really have the long lifespans the Bible records? Yes! See the linked resources for a deeper investigation.

The Antiquities of the Jews Book I, Chapter 2: Concerning the Posterity of Adam, and the Ten Generations from Him to the Deluge – Josephus
Did people like Adam and Noah really live over 900 years? – Answers in Genesis
Are there gaps in the Genesis genealogies? – Answers in Genesis
The genealogy to Noah reveals the gospel – Brad Scott