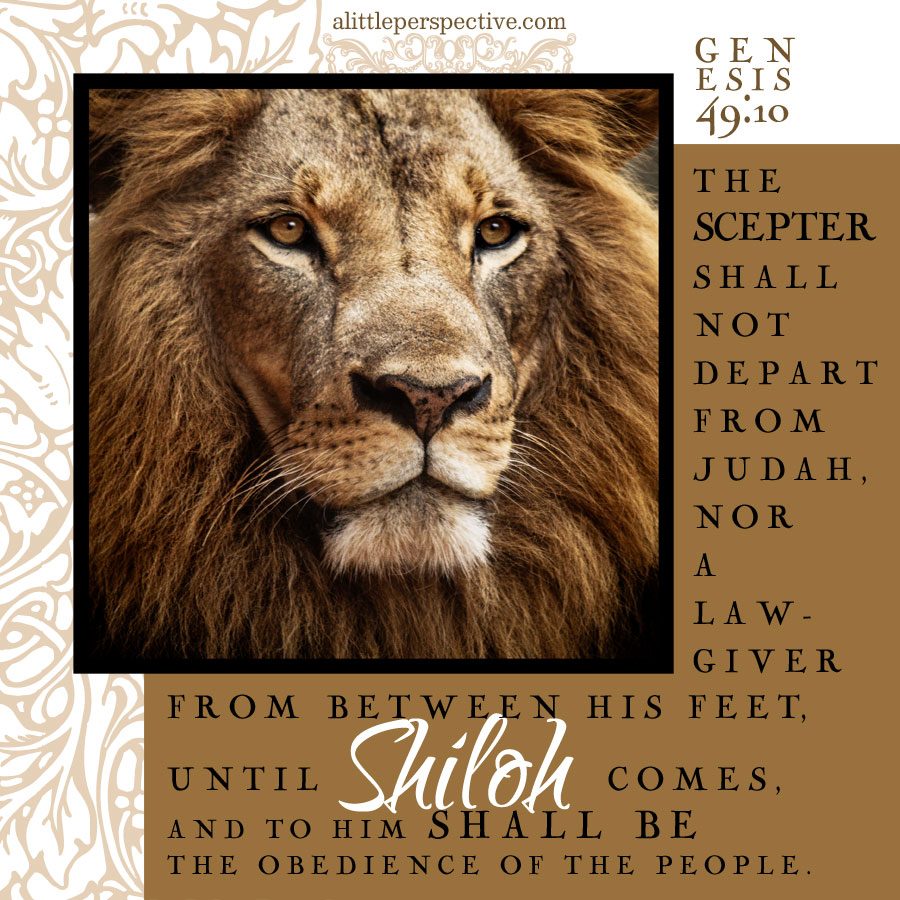 8 Judah, you shall your brothers praise; your hand shall be on the neck of your enemies; your father’s sons shall bow down before you. 9 Judah is a lion’s whelp; from the prey, my son, you have gone up. He stooped down, he crouched as a lion; and as a lioness, who shall rouse him up? 10 The scepter shall not depart from Judah, nor the ruler’s staff from between his feet, until Shiloh comes; And to Him shall be the obedience of the peoples. 11 Binding his foal to the vine, and his donkey’s colt to the choice vine, he washed his garments in wine, and his clothes in the blood of grapes. 12 His eyes are darkly flashing with wine, and his teeth white with milk. {p} Gen 49:8-12 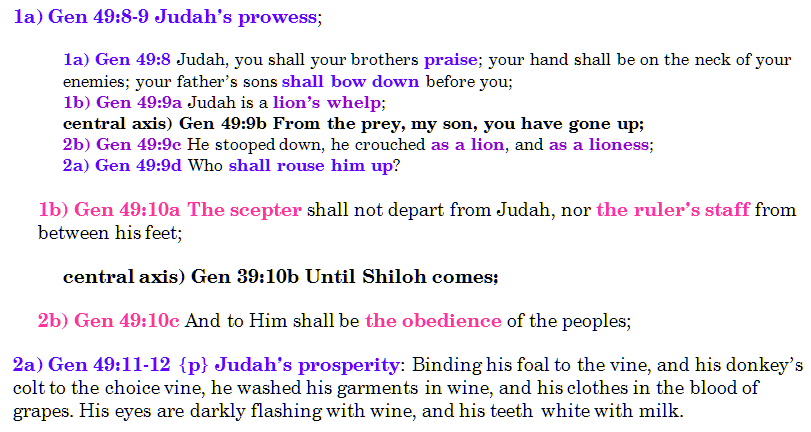 And she conceived again and bore a son, and said, “Now I will praise the Lord.” Therefore she called his name Judah.[d] Then she stopped bearing. Gen 29:35

And the footnote in my Bible says, d. Literally Praise.

The story being told is of hands (yud) moving (dalet) to be upraised in worship (hey). The three forms of this word are: “to throw out,” the verb form; “hand,” the noun form, as it is with the hands that we throw or do any work; and “praise,” the abstract concept form. Notice that the abstract concept of praise or thanksgiving, worship, grows out of the root of doing something with the hands. In the Hebraic worldview the act of worshiping God involves, yes, singing and raising hands to Him in worship, but also includes doing the works that He has instructed us to do.

Praise is Strong’s H3034, the same as yadah above.

Shiloh is Strong’s H7886, Shiyloh, a proper name, from Strong’s H7951, shalah, a primitive root, “to be tranquil.” The ancient pictographs, according to the Ancient Hebrew Lexicon, are shin + lamed + hey. Although the Lexicon doesn’t expressly state this, I believe the shin was originally a sin, a thorn, as we have seen the shin transpose the sin so often, since the Lexicon assigns the meaning as “to draw out.”

The story being told is of a sheep caught in a thicket by thorns (sin) entangled in its wool, so that the shepherd used his staff (lamed) to draw the sheep out of the thicket, thus restoring it to a state of well-being (hey).

Even in the name, Shiloh, Moses is preaching the gospel of grace from Genesis!