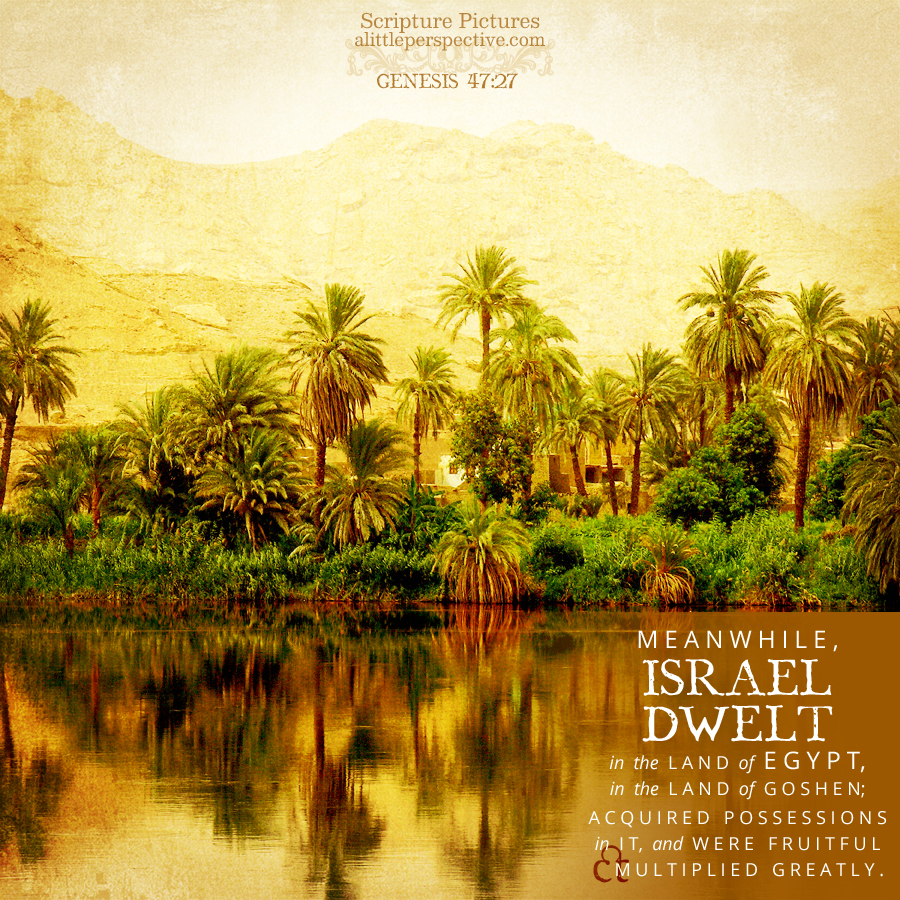 I have been meditating on why the central axis of the paragraph would be the mention of Joseph moving the population into the cities when the people became Pharaoh’s bondmen. And isn’t it interesting that the mark of their service to Pharaoh, that they are no longer their own masters but bondmen of Pharaoh, is an annual 20% tax of their substance?

I have a theory about the symbolism of the cities of the nations that fall. If we look at the history of cities in Scripture, we find that the first city was built by Cain (Gen 3:17). The second that Scripture mentions prominently, is Babel (Gen 10:10, 11:1-9). God called Abram out of Ur, a great city in its day, to the Holy Land, to an agrarian life of seedtime and harvest, flocks and herds (Gen 11:31).

City dwelling is not a sin, by any means, but it removes people from the natural world which proclaims the glory of God (Psa 19:1). It removes people from self-sufficiency, which is another way of saying, God-sufficiency. Everything needful for life now is provided by men and not by God. Food, water, light, power, healthcare, everything comes through a filter of man, who, we are realizing, corrupt the necessities of life in order to increase their own profit or power.

City dwellers often are the equivalent of serfs: instead of being their own masters, able to rest on Sabbaths, observe feasts, and order their life according to Scripture, they must work for masters, as the ancient Hebrews worked for Pharaoh, and obey him instead of God, if they want to continue to receive their pittance that allows them to barely subsist.

Taxes are a reality of life in the kingdoms of man. Yeshua commanded us to render to Caesar the things that are Caesar’s and to God the things that are God’s. But if we were discussing, purely for philosophical reasons, what life in a Utopia might look like, the Scripture is perhaps giving us a clue in our comparison of an agrarian and urban life.