The Torah portion ends before reaching the end of the final parashah.

as it may appear in some of the older studies here.

“In the entire Torah scroll, Vayechi is unique in that there is no extra space between it and the preceding parashah, in contrast to the general rule that a sidrah begins on a new line [following a {p} division] or that it is separated from the previous one by at least a nine-letter space [following an {s} division]. … The Sages in Toras Kohanim teach that the spaces in the Torah [the Hebrew paragraph divisions] indicate that God paused in order to allow Moses—and later students, as well—to reflect upon the preceding verses.” 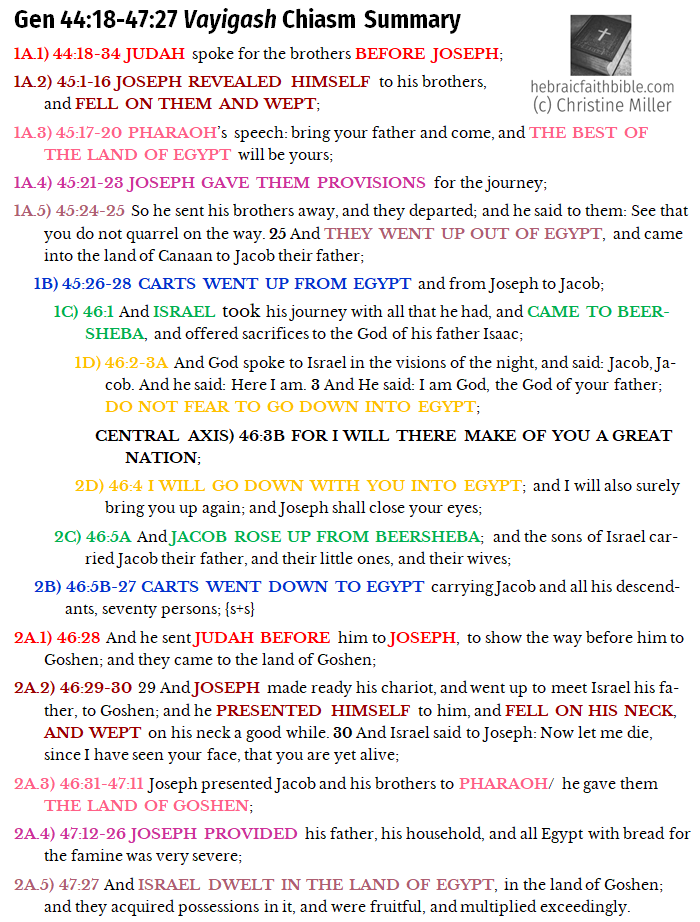 Joseph revealed to his brothers and father, who live under his care.

« christmas and sabbath-keeping (or, how to set apart a holy day)
january 2015 bible reading schedule »