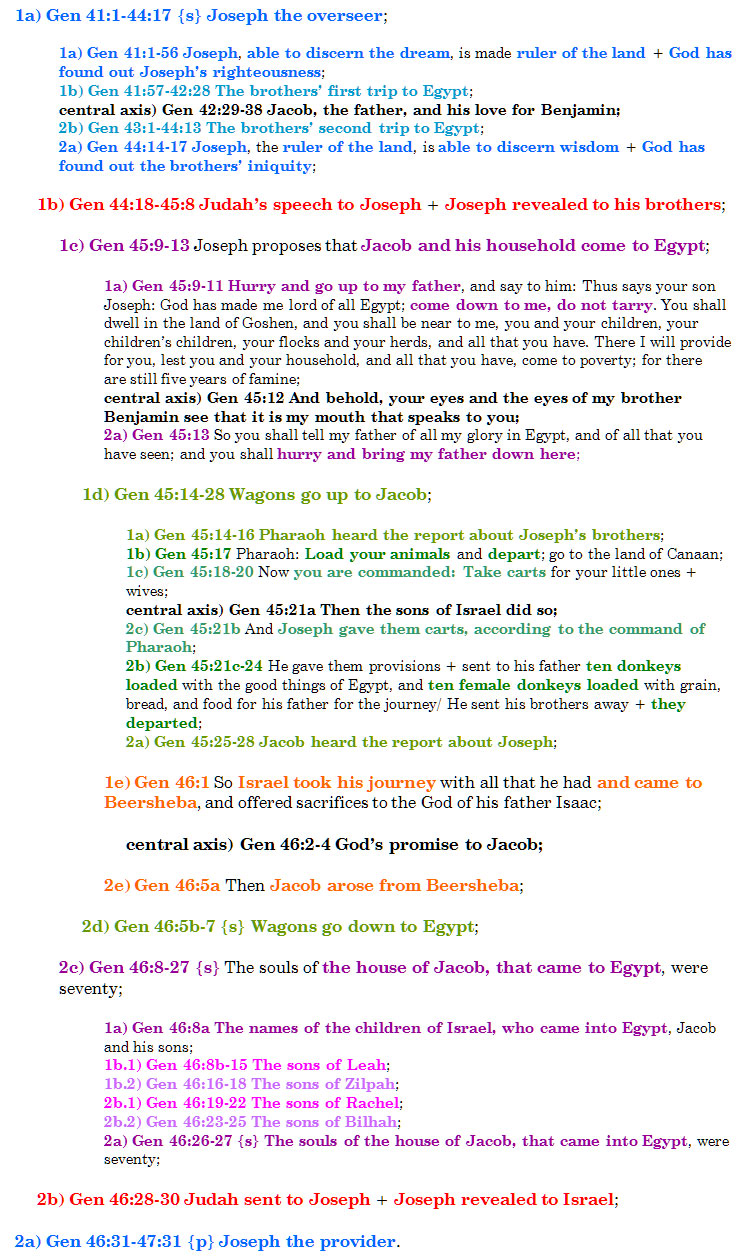 As I was considering what the single strong theme could be, I first focused in on the central axis, which usually contains the key passage of any structure. In this case, it is the promise God made to Jacob:

Then God spoke to Israel in the visions of the night, and said, “Jacob, Jacob!” And he said, “Here I am.” So He said, “I am God, the God of your father; do not fear to go down to Egypt, for I will make of you a great nation there. I will go down with you to Egypt, and I will also surely bring you up again; and Joseph will put his hand on your eyes.” Gen 46:2-4

And then I considered the two bookends concerning Joseph: first he is made overseer, and then he becomes the provider, out of his position as overseer. I realized that expressly for the purpose of God fulfilling His promise to Abraham, Isaac, and Jacob, of making of them a great nation– God’s original promise to Abraham in Gen 12– He brought Joseph down to Egypt, and raised him up to overseer, so that he could serve Israel, his father and brothers, and provide for them in their time of need, just as Joseph himself says in Gen 45:7. This is history that prophesies! If God is raising you up to a leadership or influential position, don’t forget the possibility that it is so you can benefit others.

Joseph raised up as overseer in order to serve as provider for his father and brothers.