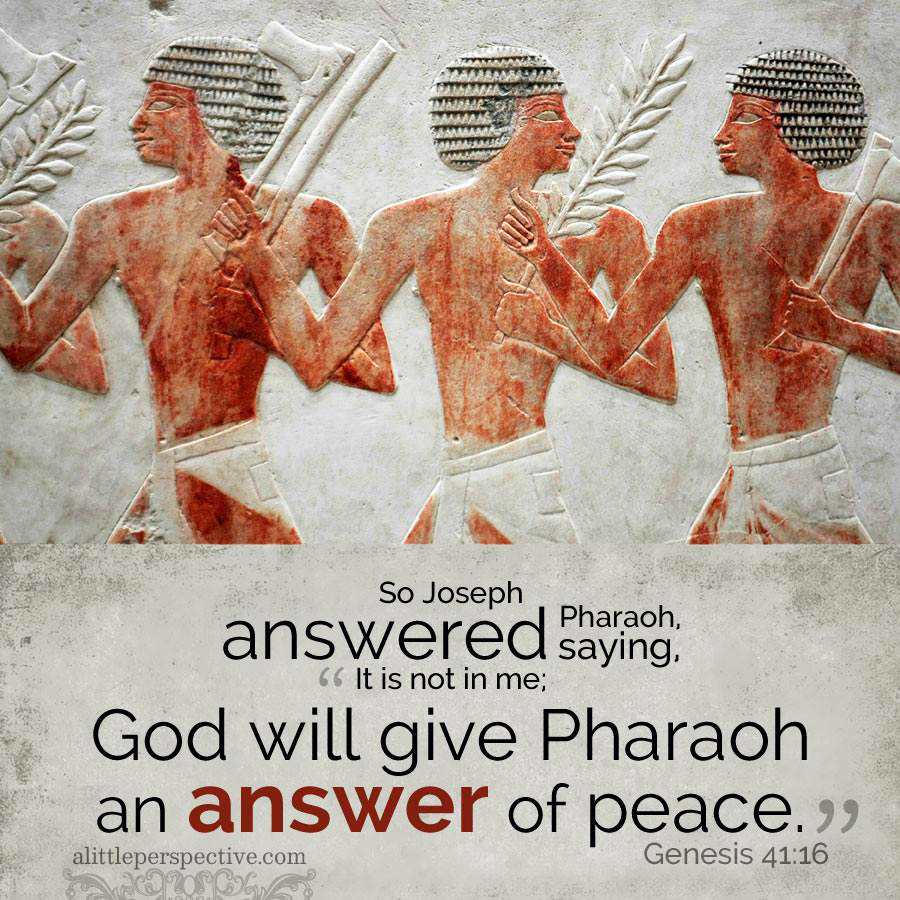 Did you notice that God brought the troubling news before the king, so that He could open the path for His answer of peace to come before the king? Bad news is many times just the first step to a miraculous, peaceful, and wise outcome. And God prepared for His answer of peace several decades in advance, in positioning Joseph strategically. We of all people need never fear evil reports!

Joseph, after descending to the place of a slave in Potipher’s house, suffered further dishonor when cast into prison even though he did no unrighteousness. Descent into slavery, and descent into prison are prophetic types of death in Scripture, because the life previously known had ended.

Let this mind be in you, which was also in Messiah Yeshua, who, being in the form of God, thought it not robbery to be equal with God, but made Himself of no reputation, and took upon Him the form of a servant, and was made in the likeness of men. And being found in fashion as a man, He humbled Himself, and became obedient unto death, even the death of the cross. Phi 2:5-8

But Joseph was “raised up” from that place and brought before the king, where God used Joseph’s gift to bring the kingdom an answer of peace from God.

“And this shall be a sign unto you: you shall find the babe wrapped in swaddling clothes, lying in a manger.” And suddenly there was with the angel a multitude of the heavenly host praising God, and saying, “Glory to God in the highest, and on earth peace, good will toward men.” Luk 2:12-14