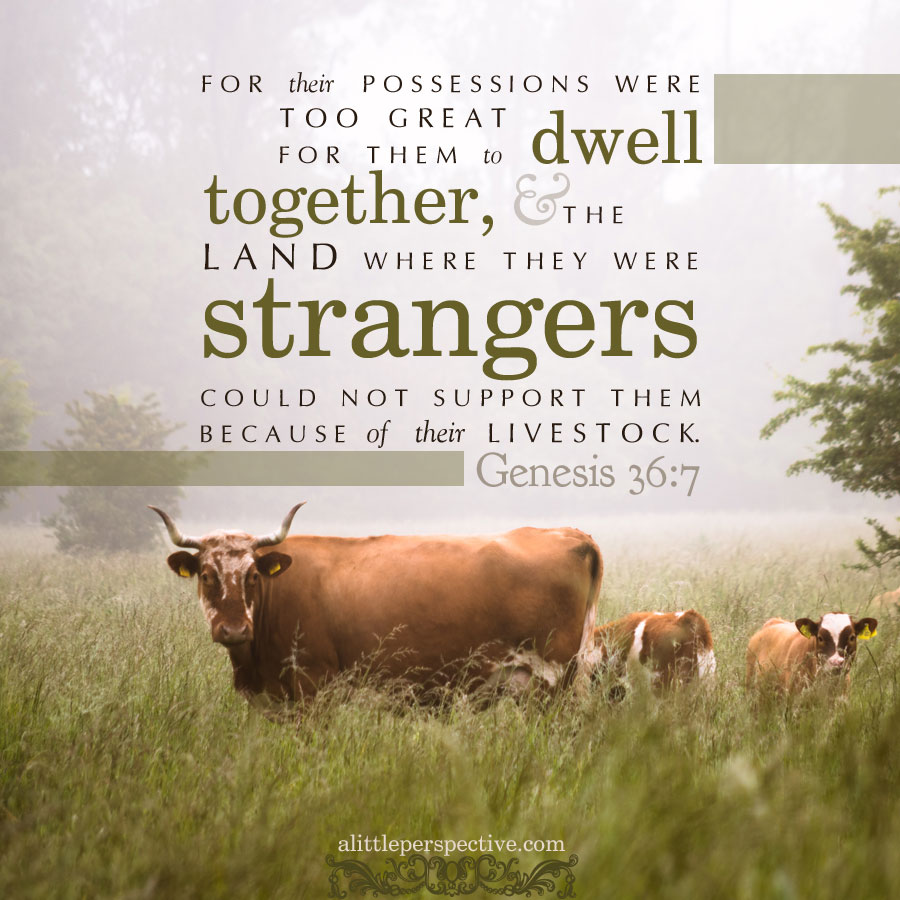 1a) Gen 36:1-9 These are the generations of Esau, THE FATHER OF THE EDOMITES;

1d) Gen 36:6a And Esau took his wives + sons + daughters + household + cattle + beasts + possessions which he had gathered in the land of Canaan;
central axis) Gen 36:6b And went into a land away from his brother Jacob;
2d) Gen 36:7 For their substance was too great for them to dwell together; and the land of their sojournings could not bear them because of their cattle;
2c) Gen 36:8a And Esau dwelt in the mountain-land of Seir;
2b) Gen 36:8b Esau is Edom;
2a) Gen 36:9 And these are the generations of Esau THE FATHER OF THE EDOMITES in the mountain-land of Seir;

The chapter takes pains to establish that Esau left Canaan with his wives and sons, and established his family in the mountain land of Seir the Horite. His sons intermarried with the seed of Seir, and the two peoples became one people — the people of Edom — as can be seen by comparing the names of their chiefs, and the places over which they were chiefs. The nation of Edom (for the central axis of the record of kings establishes that the people came to have their own national identity and territory) then has Esau as its father.

Now why spend so much space establishing this record? Esau despised his birthright – the covenant of his fathers Abraham and Isaac with God. Esau and Edom are prophetic types throughout Scripture, and their history with Israel is speaking a prophecy of things yet to come …