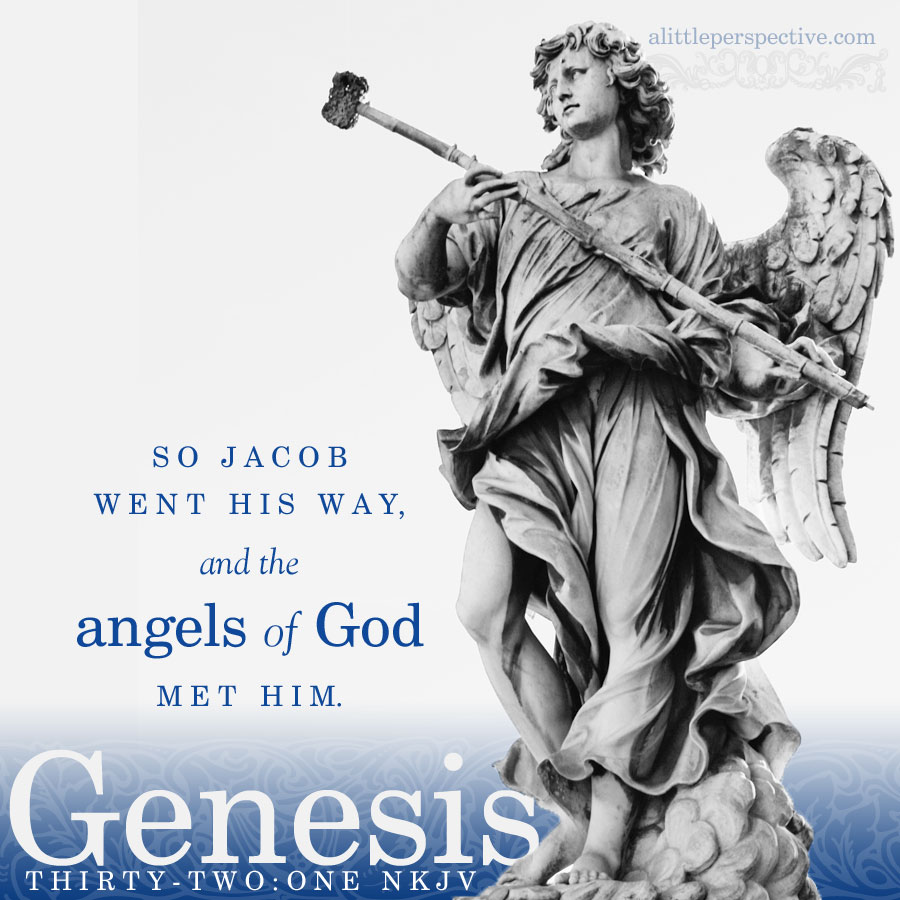 So Jacob went on his way, and the angels of God met him. When Jacob saw them, he said, “This is God’s camp.” And he called the name of that place Mahanaim. Gen 32:1-2

angels is Strong’s H4397, malak, a concrete noun, from an unused root meaning “to depute” (to dispatch as a deputy).

There are two pictographs of hands in the ancient Hebrew alephbet. The yud is the closed fist, and carries the meaning of working or even fighting. The kaph is the open palm, and carries the meaning of blessing. When a father pronounced his blessing over his firstborn, he laid his open palm on his son’s head. Also when one man extends courtesy, hospitality, or friendship to another, he extends his open hand to him, not his closed fist. When one man gives another man anything he opens his hand to release the item from his possession. Interestingly enough, godly authority is defined in blessing and giving to (providing for) those under him; and God ordained authority among men to bless and protect those under him. In a way you might see the closed fist as man’s way of governing, by lording it over, oppressive coercion, and the open palm as God’s way of governing, by serving rather than being served. So I believe the story the ancient pictographs are telling is of authority (lamed) and power (aleph) to exercise authority (kaph, i.e., godly authority) in the stead of another; to dispatch as a deputy.