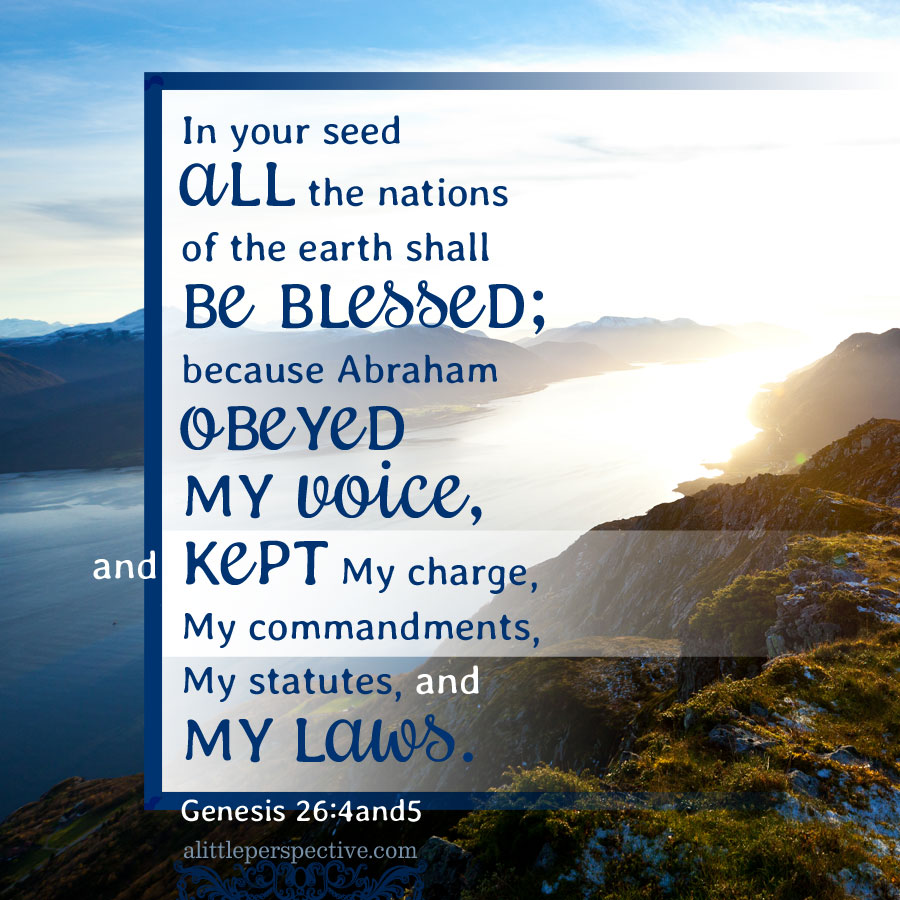 “Because that Abraham hearkened to My voice, and kept My charge, My commandments, My statutes, and My laws.” Gen 26:5

The Hebrew is Strong’s H8085, shama, a primitive root, “to hear, to listen and attend, to hear and answer, to obey or give heed.” The ancient pictographs are the shin + mem + ayin.

The picture the ancient pictographs are painting is of breath passing through the front teeth (shin) expelling water (mem) as vapor from the body. When we listen, we breathe intently as we focus on what is being said so that we can comprehend it (ayin). In the Hebraic worldview, shama, to listen, is an active and not a passive verb. If we hear what is said but do not act on or respond to what is said, then we have not heard at all. This is why shama includes the implication of obedience as Deu 6:4 indicates.

The Hebrew is Strong’s H8104, shamar, a primitive root, “to keep, to watch, to guard as a husbandman or shepherd.” The ancient pictographs are the shin + mem + resh. The Ancient Hebrew Lexicon tells us that the shin + mem in this root was originally a sin + nun, the similar sounds becoming transposed over time. So the true ancient Hebrew root is סָנַר sin + nun + resh.

The story the ancient pictographs are painting is of shepherds who would surround their flocks at night with thorn branches (sin) to protect them from predators when they were pasturing them away from the fold. They kept or guarded (sin) their flocks so that their children (nun) would be provided for. Thus the full story of shamar is to closely guard (sin) for the next generation (nun) that which is of first importance (resh).

Just as it is the flock inside the protection of the thorns in the story the ancient pictographs paint of shamar, so the prison house keeps the prisoners within its walls in mishmar. Likewise the charge or obligation is guarded within the heart and mind so that it does not escape the attention of the one whose charge it is to keep.