You are here: Home / Bible Study / bible for beginners / Genesis 20 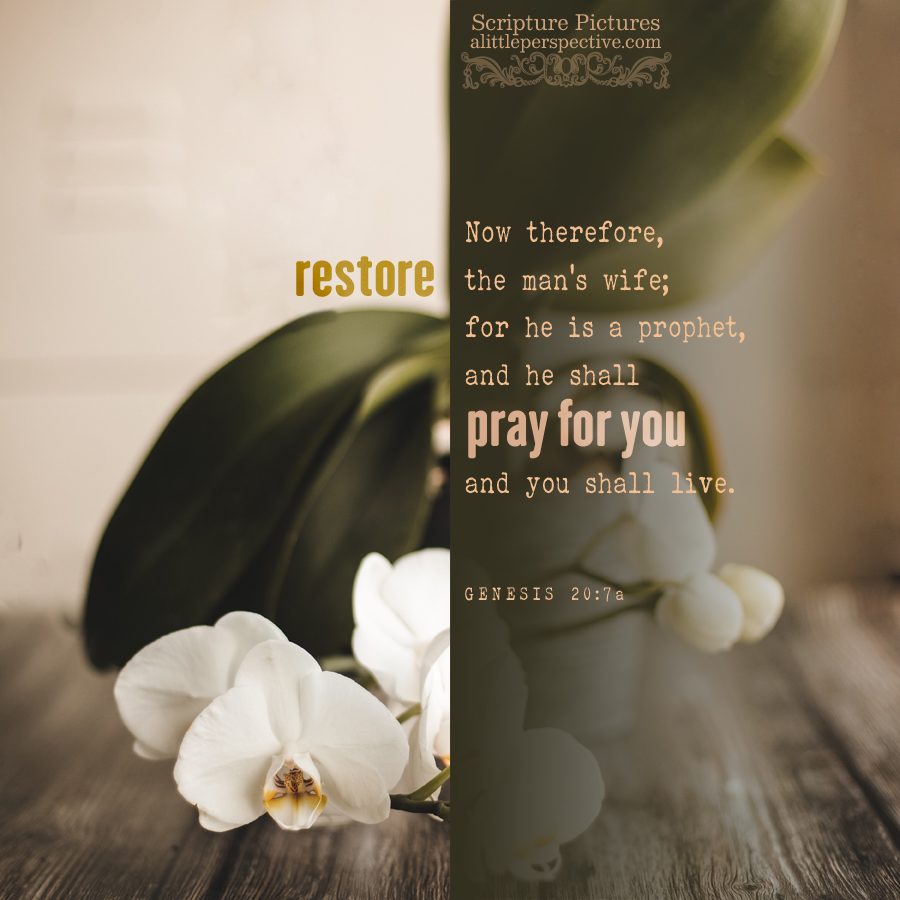 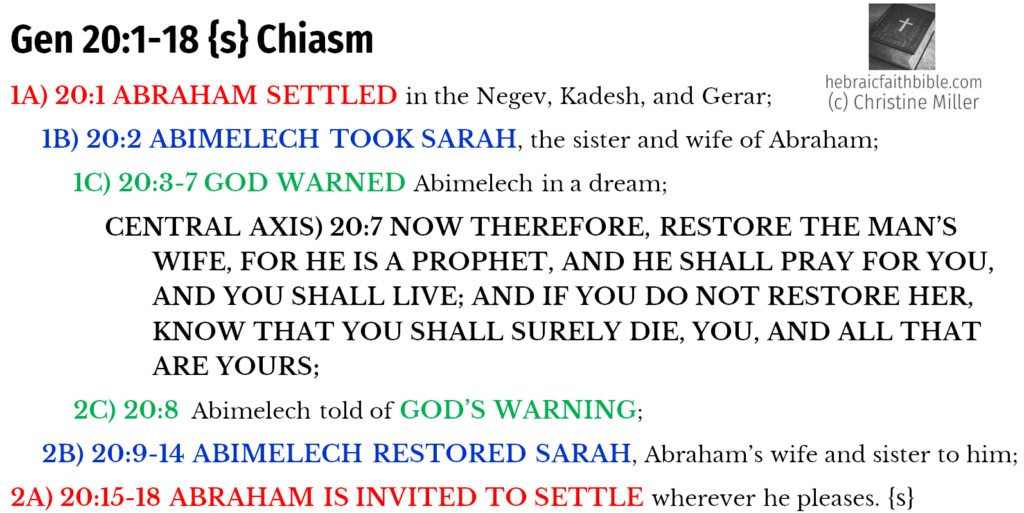 The central axis contains the first occurrence in the Bible of the Hebrew “prophet.”

Prophet is in Hebrew, Strong’s H5030, nabiy, from Strong’s H5012, naba נבא, a primitive root meaning, “to cause to bubble up.” The ancient Hebrew pictographs are the nun + bet + aleph:

The nun + bet root tells the story of the seed (nun) inside its house (bet) . The concrete noun from this root is fruit, as fruits have their seeds hidden within them; the verbal action is to flourish, to be fruitful. Adding the aleph nuances the meaning to the seed (nun) within (bet) which leads (aleph):

Then I said, “I will not make mention of Him, nor speak anymore in His name.” But His word (nun) was in my heart (bet) like a burning fire shut up in my bones; I was weary of holding it back (aleph) and I could not. Jer 20:9

The seed is the Word of God, Yeshua taught us (Luk 8:11). The word is hidden within the heart (Psa 119:11). But it is so powerful that it takes great effort to restrain it there so that it doesn’t come to the fore; such great effort to overcome, as Jeremiah discovered, that it soon exhausted him and he could not restrain it any longer. So the abstract concept from the root is prophecy, that seed or Word which is hidden, but which is so powerful that it bubbles up.

This is the first occurrence of “prophet, prophecy” in Scripture. When we think of Abraham we don’t think of him as a prophet like Isaiah or Jeremiah; he did not preach “Thus saith the LORD” as they did. But he did “speak:” He lived his life differently from the pagan world around him. He lived in accordance with God’s ways. God actually reiterated this previously, when He said,

“For I have known him, in order that he may command his children and his household after him, that they may keep the way of YHVH, to do righteousness and justice, that YHVH may bring upon Abraham what He has spoken to him.” Gen 18:19

The Index of Hebrew Roots – Christine Miller
Who was Abimelech? – Christian Answers