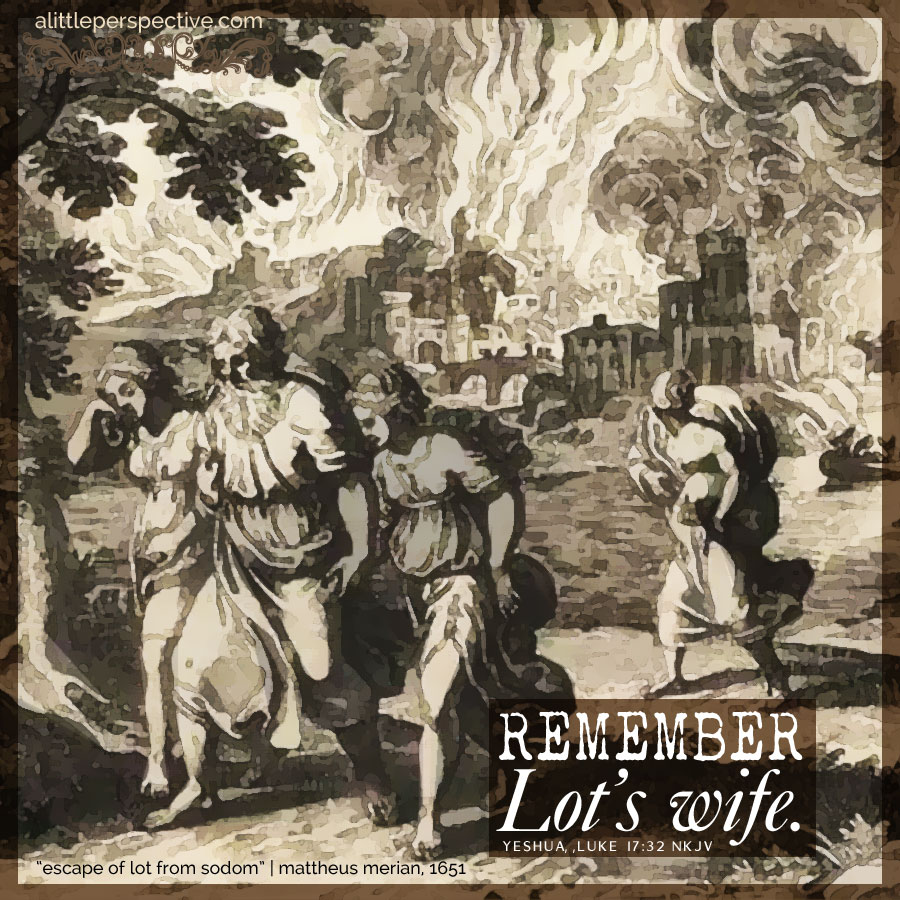 The overthrow of Sodom and Gomorrah.

“And as it was in the days of Noah, so it will be also in the days of the Son of Man: They ate, they drank, they married wives, they were given in marriage, until the day that Noah entered the ark, and the flood came and destroyed them all. Likewise as it was also in the days of Lot: They ate, they drank, they bought, they sold, they planted, they built; but on the day that Lot went out of Sodom it rained fire and brimstone from heaven and destroyed them all. Even so will it be in the day when the Son of Man is revealed. In that day, he who is on the housetop, and his goods are in the house, let him not come down to take them away. And likewise the one who is in the field, let him not turn back. Remember Lot’s wife.” Luk 17:26-32

This is history that prophesies, repeated in the prophetic call for God’s people to “Come out of her” – Mystery Babylon the Great (Rev 18:4-5).

Additional readings for this Torah portion: