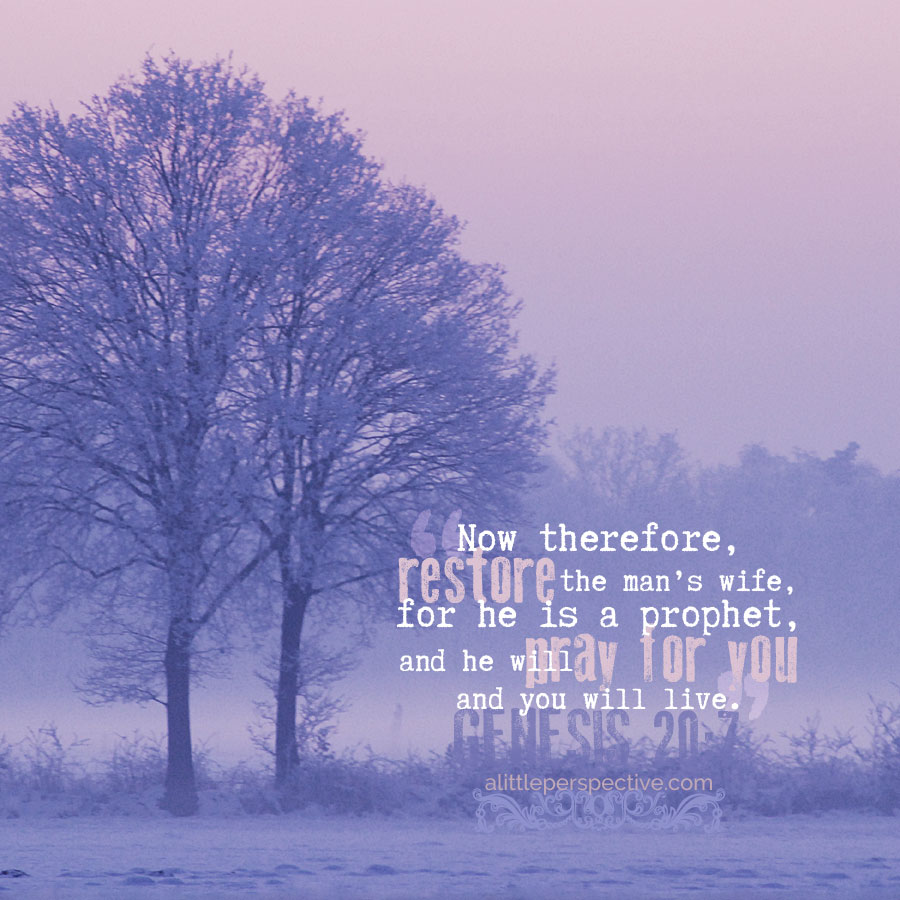 Read Genesis 19 and 20 at Bible Gateway.

central axis) Gen 20:7, “Now therefore, restore the man’s wife, for he is a prophet, and he will pray for you and you will live. But if you do not restore her, know that you shall surely die, you and all who are yours;”

2a) Gen 20:15, Abraham is invited to settle wherever he pleases.

As I saw that God had put neon flashing lights around Gen 20:7, it made me wonder why God considered Abraham a prophet. I mean, he didn’t do what we traditionally understand prophets do: proclaim Thus saith the Lord. But as I thought about it, I realized that Abraham proclaimed God’s truth in the way he lived his life. His household ran differently than the households of those around him. God actually reiterated this previously, when He said,

“For I have known him, in order that he may command his children and his household after him, that they may keep the way of the LORD, to do righteousness and justice, that the LORD may bring to Abraham what He has spoken to him.” Gen 18:19

(By the way, fathers, do not let the feminization in our society dupe you into thinking that patriarchy is a bad thing. God knows best, that families and households need the strong one of the house (Hebrew ancient pictographic story of “father”) to command his children and his household after him, to keep the way of the Lord.)

I believe Abraham’s ministry of mediation — intercession and prophecy — is still the ministry of his seed today.