You are here: Home / Bible Study / bible for beginners / Genesis 14 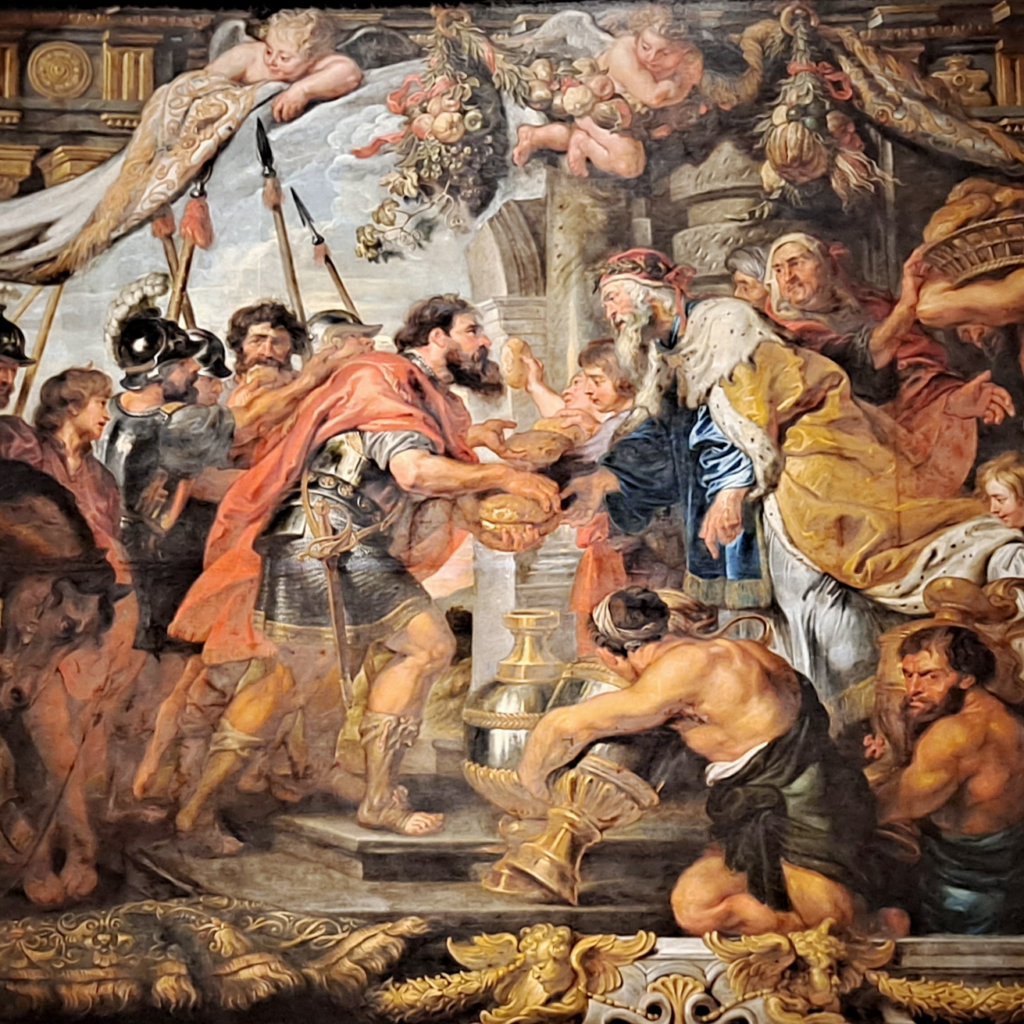 What could the unified single topic of chapter 14 be? First there is a war, then a rescue, then Abram’s meeting with Melchizedek. This chapter highlights a Bible Teaching Tool we have not yet discussed: Signs of Messiah.

First, the war. A very powerful coalition of kings, who had just defeated the combined forces of five kings arrayed against them, had taken Lot captive. And now a single man was going to defeat them, and recover the captives? If you look at the odds facing Abram in the natural, they were mightily stacked against him. You might say that that his defeat, that is, his death in battle, seemed certain.

Then, Abram’s meeting with Melchizedek.

For this Melchizedek, king of Salem, priest of the most high God, who met Abraham returning from the slaughter of the kings, and blessed him; to whom also Abraham gave a tenth part of all; first being by interpretation king of righteousness, and after that also king of Salem, which is, King of peace; without father, without mother, without descent, having neither beginning of days, nor end of life; but made like unto the Son of God; abides [as] a priest continually. Heb 7:1-3

Hebrews explains that Melchizedek was a preincarnate appearance of Yeshua our Lord. Abram’s meeting with Melchizedek / Messiah includes the first appearance in the Bible of bread and wine together, symbols Yeshua instituted as remembrances of His sacrifice of body and blood for our sakes.

And He took the cup, and gave thanks, and said, “Take this, and divide it among yourselves: for I say unto you, I will not drink of the fruit of the vine, until the kingdom of God shall come.” And He took bread, and gave thanks, and broke it, and gave unto them, saying, “This is My body which is given for you: this do in remembrance of Me.” Likewise also the cup after supper, saying, “This cup is the new covenant in My blood, which is shed for you.” Luk 22:17-20

We have three separate prophetic metaphors in this chapter indicating Messiah: Resurrection Life, Melchizedek, and the symbol of Bread and Wine as the remembrance of Messiah. Interestingly enough, the number Three is also a sign of Messiah in Torah. And that is the unifying theme of the paragraph: