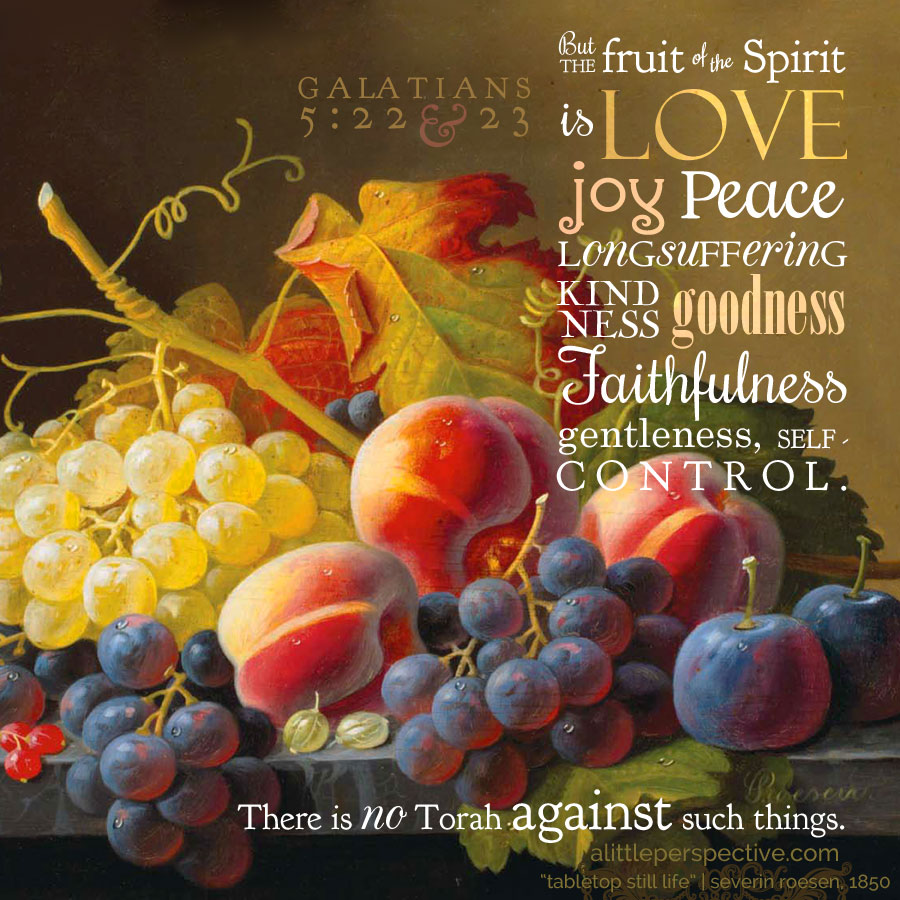 Previously: galatians 5:7-15, the offense of the cross

I say then: Walk in the Spirit, and you shall not fulfill the lust of the flesh. For the flesh lusts against the Spirit, and the Spirit against the flesh; and these are contrary to one another, so that you do not do the things that you wish. But if you are led by the Spirit, you are not under the Law. Now the works of the flesh are evident, which are: adultery, fornication, uncleanness, lewdness, idolatry, sorcery, hatred, contentions, jealousies, outbursts of wrath, selfish ambitions, dissensions, heresies, envy, murders, drunkenness, revelries, and the like; of which I tell you beforehand, just as I also told you in time past, that those who practice such things will not inherit the kingdom of God. But the fruit of the Spirit is love, joy, peace, longsuffering, kindness, goodness, faithfulness, gentleness, self-control. Against such there is no law. And those who are Christ’s have crucified the flesh with its passions and desires. If we live in the Spirit, let us also walk in the Spirit. Let us not become conceited, provoking one another, envying one another. Gal 5:16-26

What is in opposition to each other, is not grace vs. the Law or even faith vs. works. We have seen elsewhere in Scripture that the Law is a gift of grace (as the Law of the Sabbath provides for rest even though the consequence of our sin condemned us to work, Gen 3:16-19). We have seen elsewhere in Scripture that one who has faith also has works which give evidence of that faith (Jam 2:14-26). But what is in opposition, is the Spirit and the flesh. Paul is saying that the Spirit and Law which is written on the tablets of our hearts (which expresses the will of God) is on one side, while the flesh and sin (rebellion against the will of God) is on the other side. The Law merely defines what behavior is righteousness and sin. It is a dictionary, a reference.

So why does he say, if you are led by the Spirit, you are not under the Law?

But if we live by the flesh, then we are opposed to the Spirit and the Law, and the fruit that comes out of our lives is sin, that which hurts ourselves and others, and that which is an offense to God. Paul affirms in verse 21 that he is not saying that the Law is now to be ignored and obedience is no longer required – because he says that those who make a practice, a lifestyle, of living by their flesh, doing that which offends God in transgression of the Law, will not inherit the kingdom of God.

Not because we are now justified by the Law, but because the lack of concern for others or care for the heart of the Lord God shows that they never received Christ and the Spirit in the first place. The one who loves Jesus, will keep His commandments (Joh 14:15).

Continued: galatians 6:1-10, you who are spiritual