You are here: Home / Bible Study / sabbath / from sabbath to sunday by samuele bacciocchi 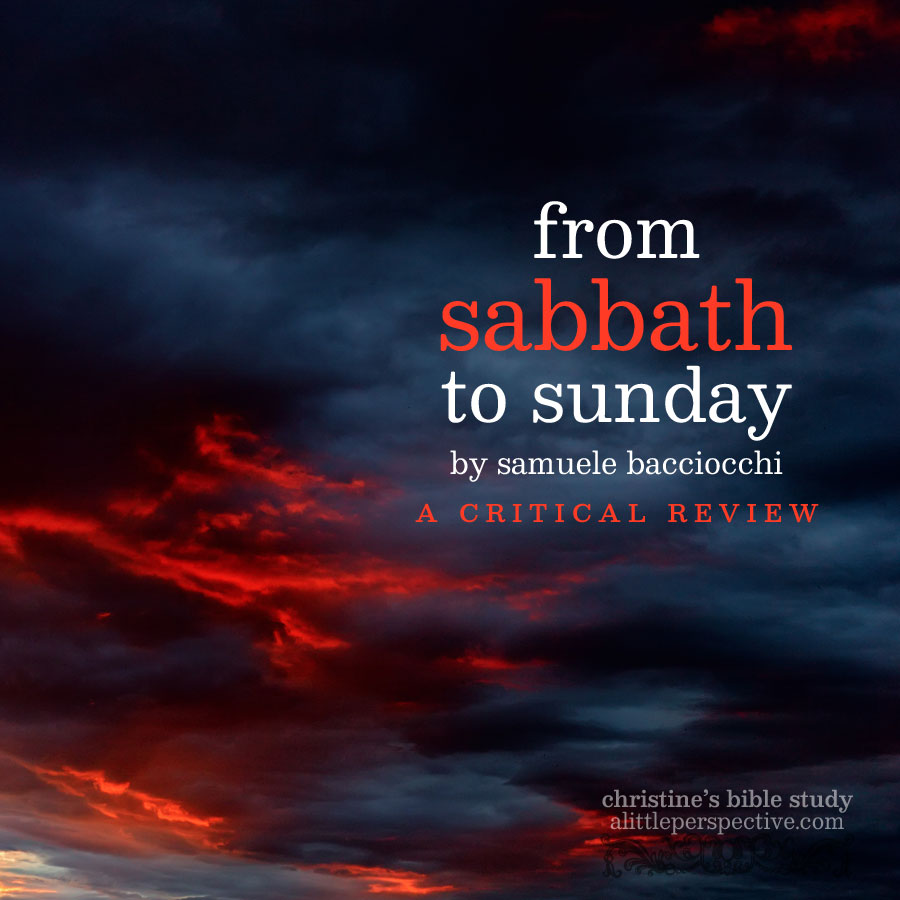 One of the treasures of my library is From Sabbath to Sunday by Dr. Samuele Bacchiocchi. Samuele Bacchiocchi was raised a Seventh- Day Adventist in Rome, a minority in the Roman church’s capital in the world. He had been accepted to Yale for its doctoral program in Church History. A dear friend convinced him to apply instead to the most prestigious Jesuit university in the world, the Pontifical Gregorian University in Rome. Although their library of original documents in church history was second only to the Vatican, he did not believe that they would accept him, since as an Adventist he was considered a heretic. His friend assured him that since Vatican II the Roman church does not regard Protestants as heretics but as “separated brothers,” and he believed he would be accepted if he applied. He was. (See Who is Dr. Samuele Bacchiocchi? on his own website, Biblical Perspectives).

His doctoral work was published as From Sabbath to Sunday, and is a treasure as it thoroughly examines the history and roots of the change in the church from Sabbath meeting and keeping, to Sunday. The book is out of print at the moment but available online in pdf format.

Dr. Bacchiocchi has admirers and critics. Since he has remained a life- long Seventh Day Adventist, he is supported by them and many Sabbath keepers. Since he received his education at the leading Jesuit university, he is suspect as a closet Roman by those who see Rome as Daniel’s fourth beast and the beast of Revelation. This website carries one such critique and its research ought to be considered. What is the truth? I myself am not sure.

However, I may say with confidence that he completely accomplished one of the purposes of his dissertation:

He takes apart the biblical supports for Sunday worship in every instance, including the three New Testament scriptures we have examined (they are covered in chapter 4 of his book), and reveals that the discarding of the seventh day Sabbath does not enjoy any biblical authority or support whatsoever.

It may have been to receive the imperatur from the Roman church, without which the university would not print his book, but in the conclusion he argues for a different basis for Sunday observance other than from biblical authority or theological necessity. For someone who cares to base all their faith and practice on Sola Scriptura, this particular examination of Dr. Bacchiocchi’s is an important historical and theological study which leaves no stone unturned.

« the assembly requirement
the torah cycle, links and teachings »