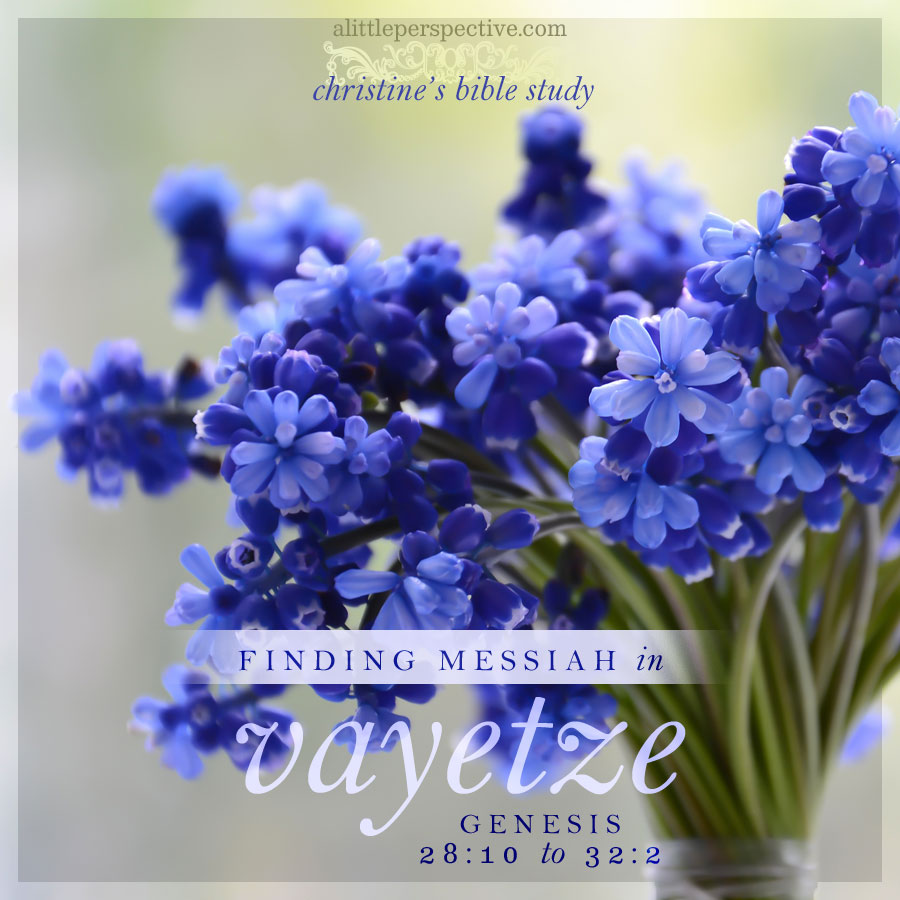 Yeshua taught that He is found in the passage of Jacob’s dream.

And He said to him, “Truly, truly, I say to you, hereafter you shall see heaven open, and the angels of God ascending and descending upon the Son of Man.” Joh 1:51

Mankind can try to build a tower whose top reaches into the heavens, but the Ladder which God has provided is the Way into heaven, who is Messiah Yeshua our Lord.

The name of Judah, the forefather of Messiah Yeshua according to the flesh, meaning, “Now I will praise YHVH,” is the only name given to the sons of Jacob without referencing the contest between Rachel and Leah for Jacob’s love and esteem. It is a name rooted purely in worship and thanksgiving to God for His goodness. And just as Judah was received without spite or challenge, so God gave His only Son, Messiah Yeshua, the son of Judah after the flesh, to the world wholly in love without spite or challenge. Thank You Father!

The chiastic structure from Gen 30:22-25a is a loose end in this section of Scripture. It tells about the birth of Joseph to Rachel, who was barren. Joseph becomes a Messiah type in Torah. The mother of Messiah was also unable to bear children, being a virgin, but she likewise conceived, as Rachel did, through the intervention and agency of the Holy Spirit.

CENTRAL AXIS) 30:24A SO SHE CALLED HIS NAME JOSEPH;

Second, note in this passage:

And he removed that day the he goats that were speckled and spotted, and all the she goats that were speckled and spotted, and every one that had some white in it, and all the brown among the sheep, and gave them into the hand of his sons. And he set three days’ journey between himself and Jacob, and Jacob fed the rest of Laban’s flocks. Gen 30:35-36

Three is a sign of Messiah in Torah. The distance of a three days’ journey as a sign of Messiah in Torah can also be found in the akidah, the binding of Isaac, Gen 22:1-24. Notice which of the flock Jacob— or Israel, i.e. a prophetic Messiah type— chooses for his own: the speckled, spotted, and brown, not the white. They were the ones who were valued least because they were not unblemished. I cried when I saw it!

And it was told Laban on the third day that Jacob had fled. And he took his brethren with him, and pursued after him seven days’ journey … Gen 31:22-23a

Three is a sign of Messiah in Torah. The third day is the day of resurrection and new life. Jacob’s life in Padan-Aram, among the idolaters of his father-in-law’s household, had been a life of hardship looking after Laban’s flocks. But by the third day Jacob had broken free from his father-in-law, and by the seventh day, a week representing completion, he was within the mountains of Gilead, on the borders of Canaan … well and truly free. This mirrors our own redemption from sin, death, and all the power of the devil in Messiah Yeshua.

GENESIS 28:10-32:2 ANNUAL VAYETZE “AND HE LEFT” OUTLINE | GENESIS INDEX of STUDIES
FINDING MESSIAH in TORAH: A MESSIANIC DISCOVERY THROUGH the TORAH PORTIONS
THE LAW of LOVE: THE GOSPEL of GRACE REVEALED in the COMMANDMENTS of GOD