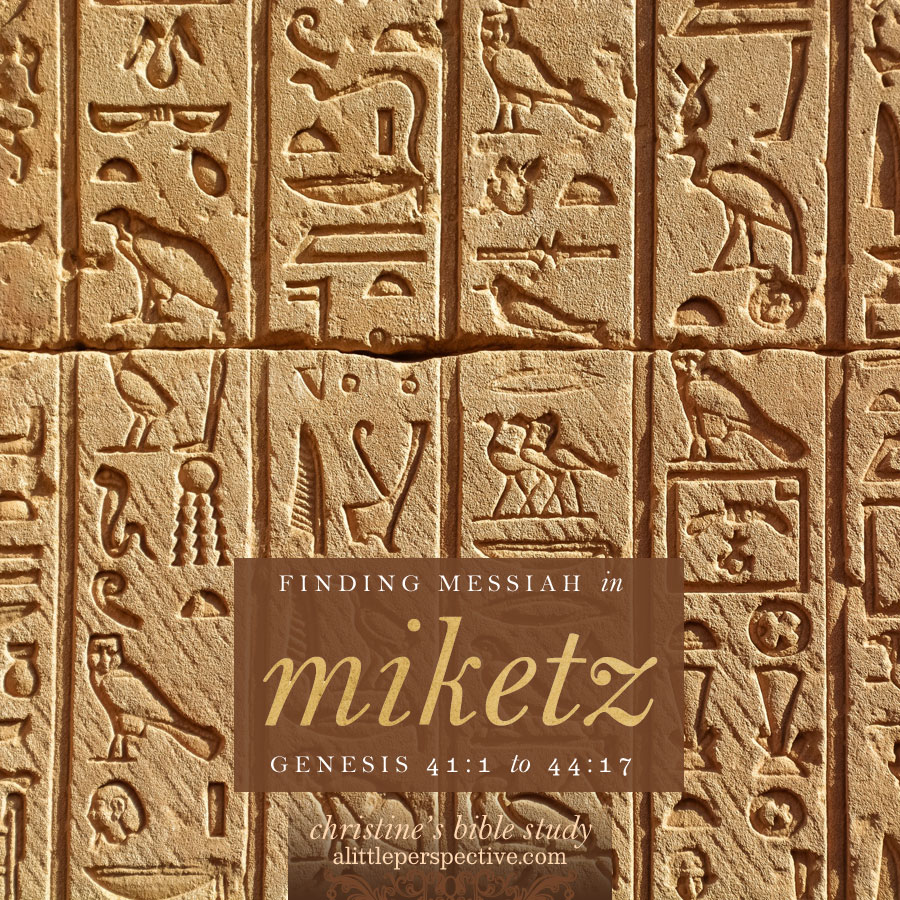 Joseph, after descending to the place of a slave in Potipher’s house, suffered further dishonor when cast into prison even though he did no unrighteousness. Descent into slavery, and descent into prison are prophetic types of death in Scripture, because the life previously known had ended.

Have this in your mind, which was also in Christ Jesus, who, existing in the form of God, didn’t consider equality with God a thing to be grasped, but emptied Himself, taking the form of a servant, being made in the likeness of men. And being found in human form, He humbled himself, becoming obedient to death, yes, the death of the cross. Phi 2:5-8

But Joseph was “raised up” from that place and brought before the king, where God used Joseph’s gift to bring the kingdom an answer of peace from God.

“This is the sign to you: you will find a baby wrapped in strips of cloth, lying in a feeding trough.” Suddenly, there was with the angel a multitude of the heavenly army praising God, and saying, “Glory to God in the highest, on earth peace, good will toward men.” Luk 2:12-14

Joseph was elevated to a position of glory as ruler over the land of Egypt, so that only in regard to the throne would Pharaoh be greater than him. As ruler, Joseph deals wisely and provides life for the people, in providing them grain, who should have suffered death due to the severity of the famine. Joseph’s life prophesies of the death, burial and resurrection of Messiah, in that Joseph suffered a type of death as a slave in Egypt. He furthermore suffered a type of “burial” as he was hidden away in prison for a time. He was raised to new life in glory, when he interpreted Pharaoh’s dreams. But these same events also prophesy of the first and second comings of Messiah: His first coming is as a slave or servant of all; He is hidden away for a time following His ascension (the time in which we are currently living); and His second coming is in glory as Ruler of all.

Then Joseph said to them the third day, “Do this and live, for I fear God: If you are honest men, let one of your brothers be confined to your prison house; but you, go and carry grain for the famine of your houses.” Gen 42:18-19

Joseph is a Messiah type, prophesying of both the first and second comings of Messiah. First, coming as the suffering servant; then, after being hidden away for a time, coming as lord, sovereign, overseer, and provider, to whom the whole world will come, bow down before, and receive their provision. In the brothers of Joseph who likewise come before him, honor him, bow down before him, and receive their provision, there is the prophetic foreshadowing of all the sons of Israel, both the house of Judah (Jews) and the house of Israel/ Ephraim (the remaining ten tribes who became integrated with the Gentiles/ Christians) acknowledging Messiah Yeshua as King of kings and Lord of lords in His second coming.

GENESIS 41:1-44:17 ANNUAL MIKETZ “AT THE END” OUTLINE | GENESIS in CHIASTIC STRUCTURE
FINDING MESSIAH in TORAH: A MESSIANIC DISCOVERY THROUGH the TORAH PORTIONS
THE LAW of LOVE: THE GOSPEL of GRACE REVEALED in the COMMANDMENTS OF GOD