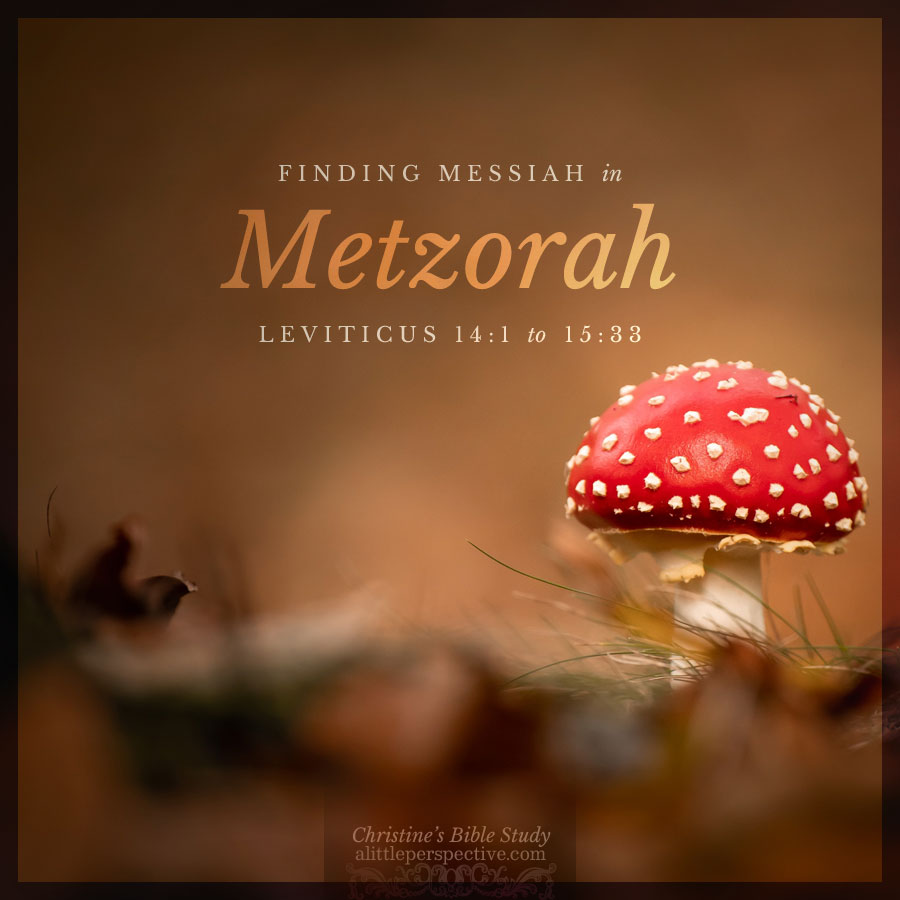 We have seen the wood, scarlet, and hyssop before in Scripture.

Then Moses called for all the elders of Israel, and said unto them, “Pick out and take a lamb according to your families, and kill the Passover. And you shall take a bunch of hyssop, and dip it in the blood [scarlet] that is in the basin, and strike the lintel and the two doorposts [wood] with the blood that is in the basin. And none of you shall go out of the door of his house until the morning. For YHVH will pass through to strike the Egyptians; and when He sees the blood upon the lintel, and on the two doorposts, YHVH will pass over the door, and not allow the destroyer to come into your houses to strike you.” Exo 12:21-23

This is the most famous prophetic picture of Messiah Yeshua in all of Torah. By the connection of common theme, one of the teaching tools of Torah, we are meant to see that the ceremony of the living bird, with its repeat of hyssop, scarlet, and wood, is likewise a prophetic picture of Messiah Yeshua. The blood of the Passover Lamb is applied with hyssop. He is the Sin Sacrifice who is offered on the wood of the cross. It is His blood which ran scarlet, which imparts resurrection life, just as the living bird is set free, and which cleanses us from walking death.

This section forms a reverse parallelism. 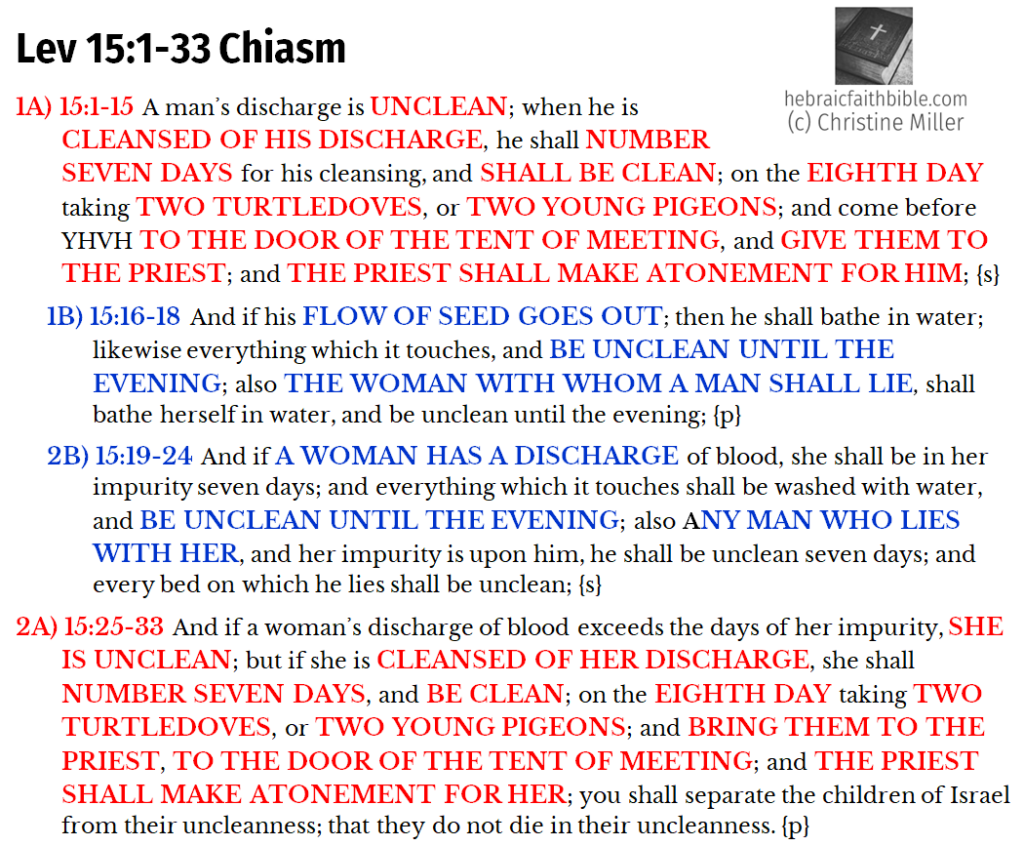 And there was in their synagogue a man with an unclean spirit; and he cried out, saying, “Let us alone; what have we to do with you, Yeshua of Nazareth? Have You come to destroy us? I know who you are, the Holy One of God.” And Yeshua rebuked him, saying, “Hold your peace, and come out of him.” And when the unclean spirit had torn him, and cried with a loud voice, he came out of him. And they were all amazed, in that they questioned among themselves, saying, “What thing is this? What new doctrine is this? For with authority He commands even the unclean spirits, and they obey Him.” Mar 1:23-27

The Holy One—Set Apart or Separate One—of God separates His children from their uncleanness, that they do not die, since the dwelling place of God is among them.

For you are the temple of the living God; as God has said, “I will dwell in them, and walk in them; and I will be their God, and they shall be My people. Therefore come out from among them, and be separate,” says the Lord, “and touch not the unclean thing; and I will receive you, and will be a Father unto you, and you shall be My sons and daughters,” says the Lord Almighty. 2 Cor 6:16b-18

LEVITICUS 14:1-15:33 ANNUAL METZORAH “ONE BEING DECEASED” OUTLINE | LEVITICUS in CHIASTIC STRUCTURE
FINDING MESSIAH in TORAH: A MESSIANIC DISCOVERY THROUGH the TORAH PORTIONS
THE LAW of LOVE: THE GOSPEL of GRACE REVEALED in the COMMANDMENTS OF GOD