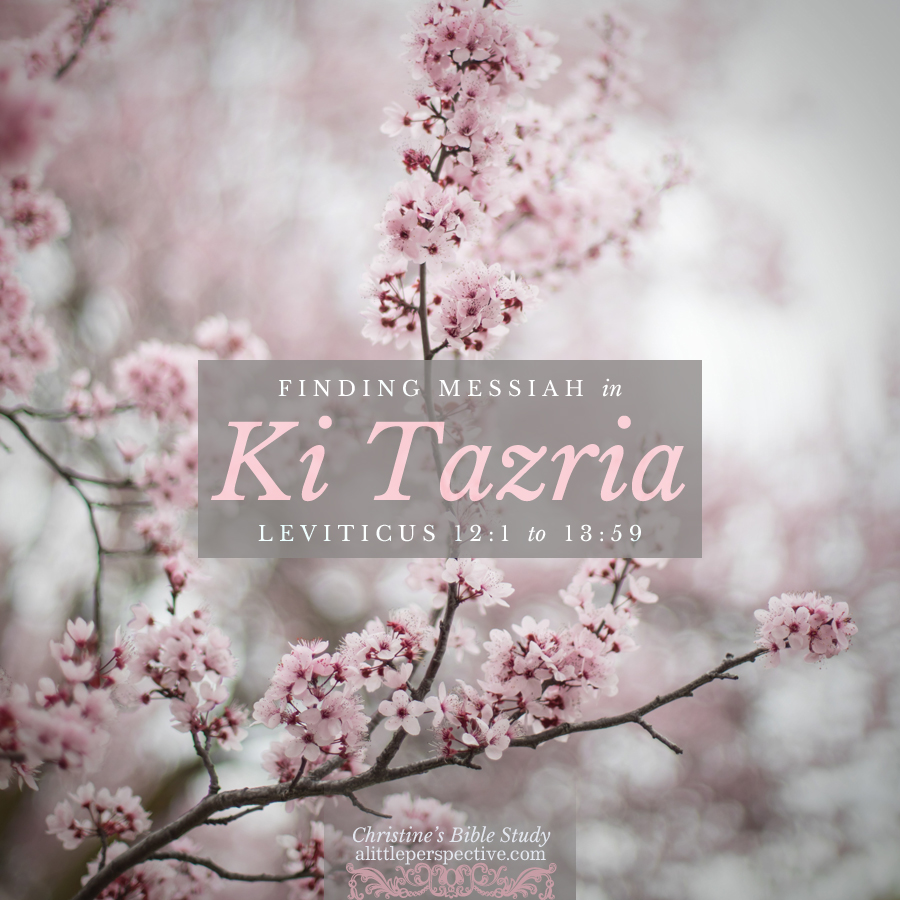 The law of a woman’s flow of blood is painting a picture of uncleanness that arises from death. Recall that the life is in the blood (Gen 9:4). When a woman suffers a loss of blood, she is suffering a loss of life, and becomes unclean by it.

The law concerning leprosy is also painting a picture of uncleanness that arises from death. The leprous man must dwell alone outside the camp, and cry, “Unlcean! Unclean!” whenever anyone came near. We have seen this same picture of exile from family, home, and even the earth, from the opening chapters of Genesis. Adam was exiled from the Garden, Cain was exiled from Adam’s home, the wicked of the earth were exiled from the earth by Noah’s Flood. By comparison of the common theme of separation and exile, Scripture is showing us that the leprous man, and the woman in her flow of blood, are both suffering the same state as the fallen or sinful man.

Leprosy is a fatal disease, but it does not kill in one day. Where have we heard this before?

“But of the tree of the knowledge of good and evil, you shall not eat of it, for in the day that you eat of it you shall surely die.” Gen 2:17

Adam would die in the day that he ate the fruit of the tree of the knowledge of good and evil, but he did not die in one day. Instead, he began dying until the day he died, and so the leprous man begins dying until the day he dies. Adam was a walking, breathing dead man. So also, the leprous man is a walking, breathing dead man.

In the law of clean and unclean—including the dietary distinctions of Lev 11—we are being taught about three situations that produce uncleanness arising from death: the carcasses of unclean animals, the woman’s flow of blood, and leprosy. But the law does not end there. In each instance, we are told how to go from a state of uncleanness to cleanness.

And the priest shall make an atonement for her, and she shall be clean. Lev 12:8b

Scripture is teaching us that we all are walking, breathing dead men, because of our uncleanness that arises from death, until the day the anointed priest—a prophetic picture of the Anointed One, the Messiah—makes atonement for us so that we shall be clean.

LEVITICUS 12:1-13:59 ANNUAL KI TAZRIA “SHE CONCEIVES” OUTLINE | LEVITICUS in CHIASTIC STRUCTURE
FINDING MESSIAH in TORAH: A MESSIANIC DISCOVERY THROUGH the TORAH PORTIONS
THE LAW of LOVE: THE GOSPEL of GRACE REVEALED in the COMMANDMENTS OF GOD