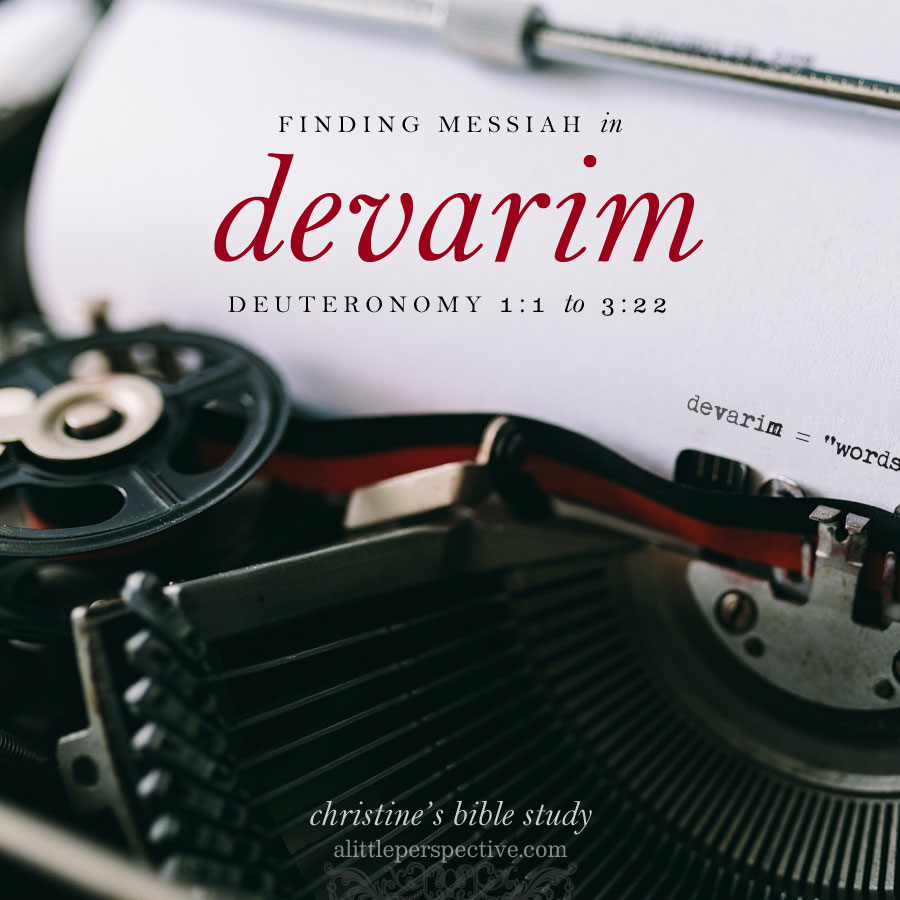 1:1-2:1 {s} The failure of the unbelieving generation to possess the land

“Joshua the son of Nun, who stands before you, he shall go in there. Encourage him, for he shall cause Israel to inherit it.” Deu 1:38

We have previously seen that Joshua the son of Nun is a type of Messiah. The name “Joshua” is the anglicized form of the Hebrew name, “Yeshua.” Yeshua shall cause Israel to inherit her promise.

Nun is a letter of the Hebrew alephbet, the equivalent to our “n.” In Hebrew, its pictograph is the seed: O. It is the origin of our numeral “zero.” For example, “Zoroaster” in Persian mythology represents “The Seed of Ishtar.” We have to remember that Hebrew is the original tongue, from which all the tongues were divided at Babel. 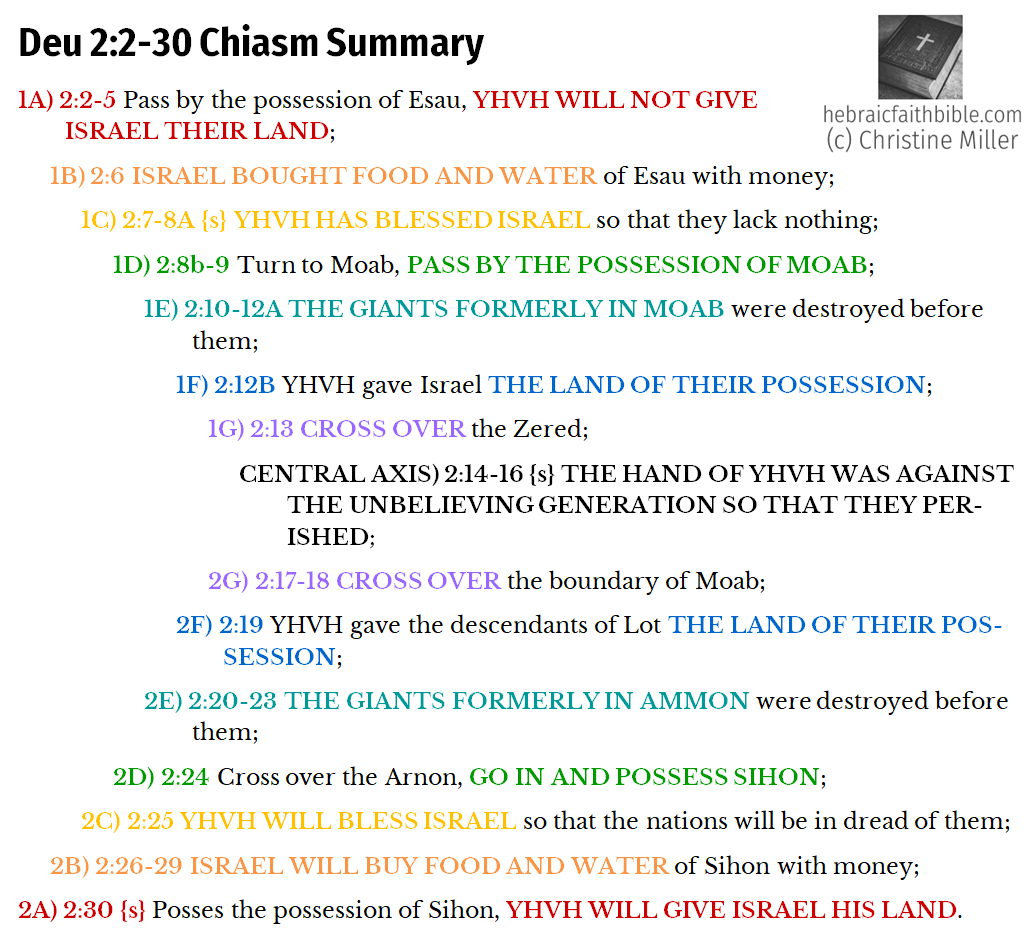 The chiastic structure of this section of Scripture reveals this central axis:

And the time we took to come from Kadesh Barnea until we crossed over the Valley of the Zered was thirty-eight years, until all the generation of the men of war was consumed from the midst of the camp, just as YHVH had sworn to them. For indeed the hand of YHVH was against them, to destroy them from the midst of the camp until they were consumed. So it was, when all the men of war had finally perished from among the people … {s} Deu 2:14-16

It was the men of war who were numbered in the opening chapters of Numbers, who refused to go in to possess the land upon hearing the evil report from the ten spies. We learn that they did not go in because of unbelief (Heb 3:16-19). They did not believe the good word of YHVH, that they would overcome the giants. They believed the evil word of the ten spies, that they could certainly not overcome the giants.

Here is the Gospel of grace preached from Torah.

Unbelief = death, and not inheriting the promise (of eternal life in Messiah).

Conversely, Belief = life, and the inheritance of the promise (of eternal life in Messiah).

The chiastic structure for this section of Scripture reveals that the land inhabited by giants was given to the two and a half tribes. They inherited their inheritance, even though it was held by giants. They dispossessed the giants, because YHVH fought the giants for them. 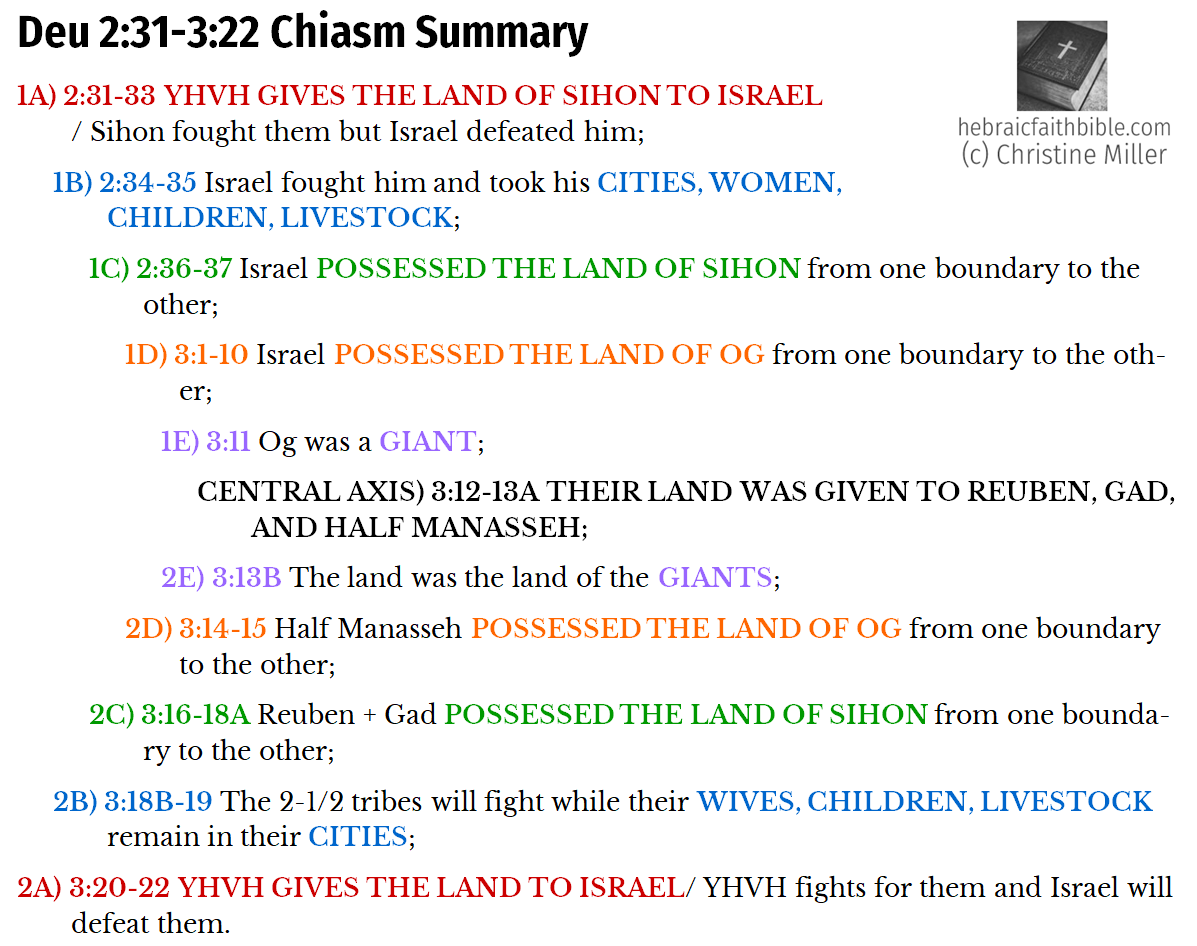 The giants that inhabit our inheritance as children of God, include sin, death, and all the power of the devil. And all these giants Messiah Yeshua defeated, past tense.

Let this mind be in you, which was also in Messiah Yeshua; who, being in the form of God, thought it not robbery to be equal with God: but made Himself of no reputation, and took upon Him the form of a servant, and was made in the likeness of men. And being found in fashion as a man, He humbled Himself, and became obedient unto death, even the death of the cross. Therefore God also has highly exalted Him, and given Him the name which is above every name, that at the name of Yeshua every knee should bow, of things in heaven, and things in earth, and things under the earth, and that every tongue should confess that Yeshua Messiah is Lord, to the glory of God the Father. Phi 2:5-11

…  [Yeshua] having disarmed principalities and powers, He made an open spectacle of them, triumphing over them in it [the cross]. Col 2:15

“And these signs shall follow those who believe: In My name they shall cast out demons; they shall speak with new tongues; they shall take up serpents; and if they drink any deadly thing, it shall not hurt them; they shall lay hands on the sick, and they shall recover.” Yeshua, Mar 16:17-18

Victory over the Enemy (over Giants in our Inheritance);
The Promises Made to Abraham;
Salvation;
The Kingdom of Heaven;
The World, the Nations, the Ends of the Earth.

DEUTERONOMY 1:1-3:22 ANNUAL DEVARIM “WORDS” OUTLINE | DEUTERONOMY in CHIASTIC STRUCTURE
FINDING MESSIAH in TORAH: A MESSIANIC DISCOVERY THROUGH the TORAH PORTIONS
THE LAW of LOVE: THE GOSPEL of GRACE REVEALED in the COMMANDMENTS OF GOD