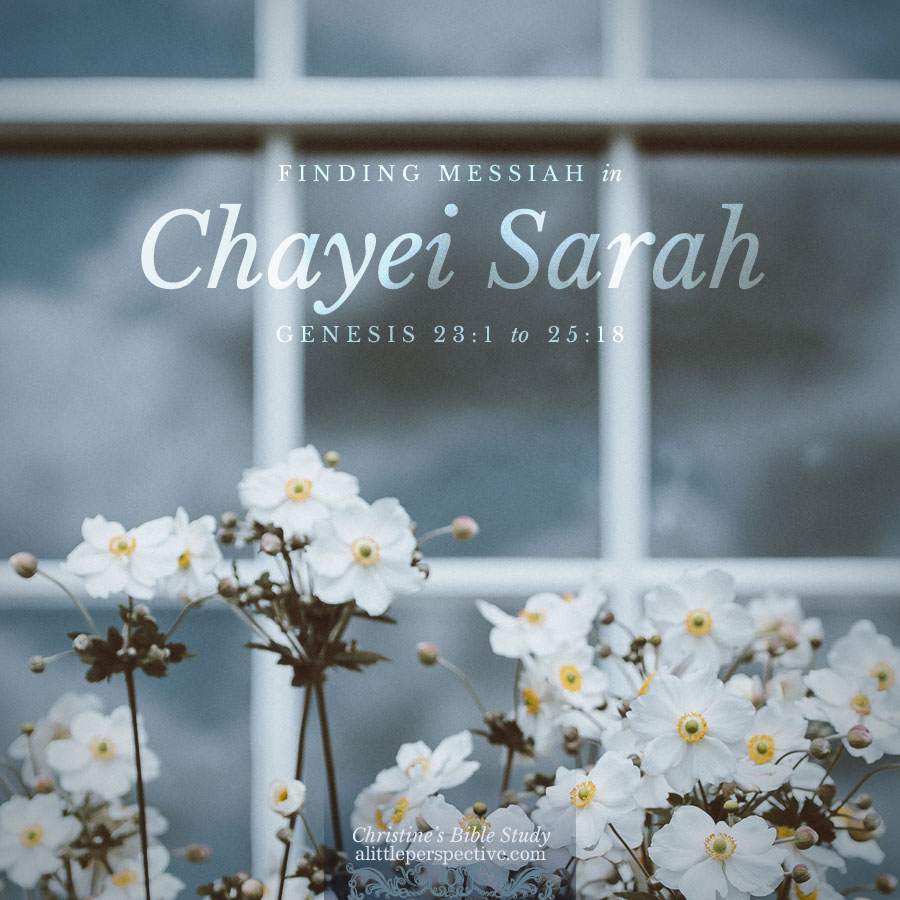 And Abraham stood up from before his dead, and spoke unto the sons of Heth, saying, “I am a stranger and a sojourner with you; give me a possession of a burying place with you, that I may bury my dead out of my sight.” Gen 23:3-4

Consider that Abraham and Sarah were “strangers and sojourners” in the land of their sojourning, and they had no place of their own to lay their head, until their head was laid to rest in burial. Yeshua said of Himself,

And Yeshua said unto him, “The foxes have holes, and the birds of the air have nests; but the Son of Man has nowhere to lay His head.” Mat 8:20

That is, until His head was laid to rest in burial.

We have seen that Isaac, as the son of the promise, is an Old Testament type for Messiah, the Promised Seed. In Gen 24, Abraham (the Father) sends his servant (the Holy Spirit) to search for the bride (the Church) of Isaac (the Promised Seed, the Son). This event occurs after the “death and resurrection” of the Promised Seed in Gen 22. In the end, the Holy Spirit, I mean, the servant, brings the Bride to the Son, as the Son goes out to meet them.

And Abraham gave all that he had unto Isaac. Gen 25:5

Abraham had other sons, as this chapter makes clear. Ishmael by Hagar was Abraham’s firstborn, then Isaac by Sarah, then six more sons by Keturah. And since in Gen 25:6, “concubines” is plural, there are other sons as well which are not named.

But unto the sons of the concubines, which Abraham had, Abraham gave gifts, and sent them away from Isaac his son, while he yet lived, eastward, unto the east country. Gen 25:6

I will declare the decree: YHVH has said unto Me, “You are My Son; this day have I begotten You. Ask of Me, and I shall give You the nations for Your inheritance, and the uttermost parts of the earth for Your possession.” Psa 2:7-8

GENESIS 23:1-25:18 ANNUAL CHAYEI SARAH “THE LIFE of SARAH” OUTLINE | GENESIS INDEX of STUDIES
FINDING MESSIAH in TORAH: A MESSIANIC DISCOVERY THROUGH the TORAH PORTIONS
THE LAW of LOVE: THE GOSPEL of GRACE REVEALED in the COMMANDMENTS of GOD