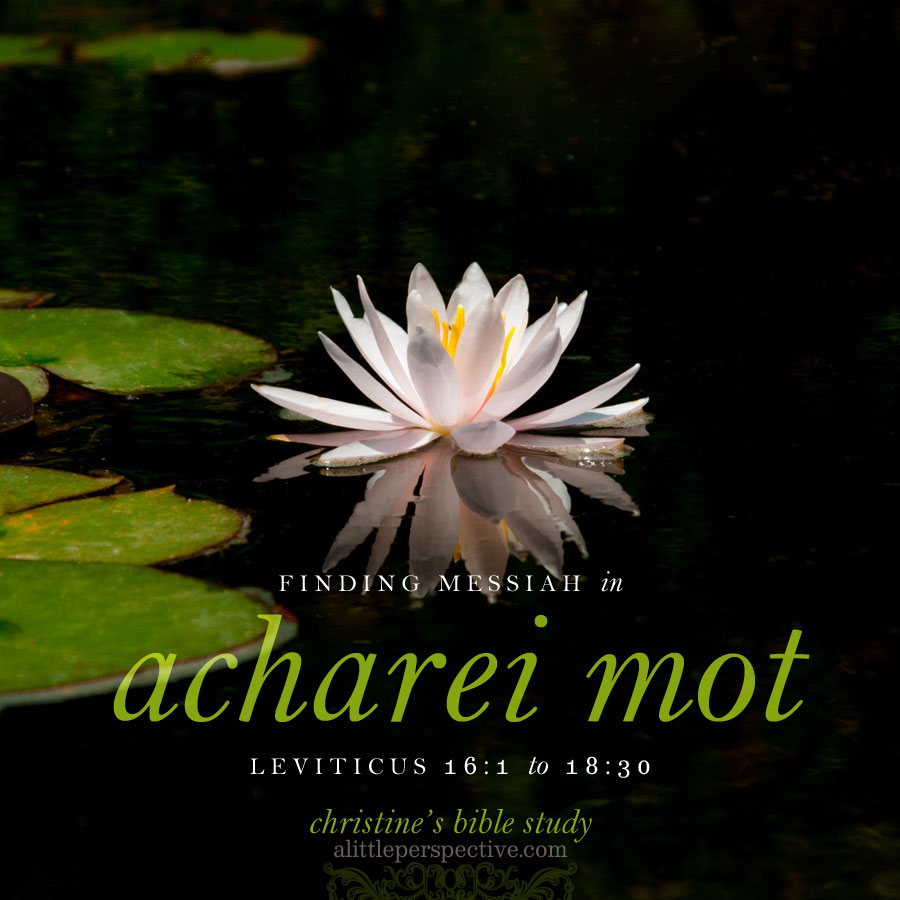 Now when these things had been thus prepared, the priests always went into the first part of the tabernacle, performing the services. But into the second part the high priest went alone once a year, not without blood, which he offered for himself and for the people’s sins committed in ignorance … But Christ came as High Priest of the good things to come, with the greater and more perfect tabernacle not made with hands, that is, not of this creation. Not with the blood of goats and calves, but with His own blood He entered the Most Holy Place once for all, having obtained eternal redemption. For if the blood of bulls and goats and the ashes of a heifer, sprinkling the unclean, sanctifies for the purifying of the flesh, how much more shall the blood of Christ, who through the eternal Spirit offered Himself without spot to God, cleanse your conscience from dead works to serve the living God? Heb 9:6-7, 11-14

‘For the life of the flesh is in the blood, and I have given it to you upon the altar to make atonement for your souls; for it is the blood that makes atonement for the soul.’ Lev 17:11

The parable being told is of covering (kaph) the wound (pey, in the sense that a wound is an opening in the body) of man (resh). I cannot help but think of Noah’s two sons, who covered over their father’s nakedness and so preserved his honor and dignity. And whenever I think of Noah’s two sons doing that, I cannot help but think of Pro 17:9, “He who covers a transgression seeks love.”

An English dictionary will reveal that the English word “atonement” comes from the Middle English “at one;” i.e. to bring two separate parties into harmony or unity.

… at that time you were without Messiah, being aliens from the commonwealth of Israel, and strangers from the covenants of promise, having no hope, and without God in the world. But now in Messiah Yeshua you who once were far off have been brought near by the blood of Messiah. Eph 2:12-13

“You shall therefore keep My statutes and My judgments, which if a man does, he shall live by them: I am YHVH.” Lev 18:5

The parable is of the outside (chet) work (yud) a man does (yud, in the sense that action, doing is accomplished with the hand) provides food, thus life for himself and his family. We see that keeping the commandments of the written Word of God provides for our physical, natural life on this side of heaven.

What then? Shall we sin because we are not under law but under grace? Certainly not! Do you not know that to whom you present yourselves slaves to obey, you are that one’s slaves whom you obey, whether of sin leading to death, or of obedience leading to righteousness? But God be thanked that though you were slaves of sin, yet you obeyed from the heart that form of doctrine to which you were delivered. And having been set free from sin, you became slaves of righteousness. I speak in human terms because of the weakness of your flesh. For just as you presented your members as slaves of uncleanness, and of lawlessness leading to more lawlessness, so now present your members as slaves of righteousness for holiness. For when you were slaves of sin, you were free in regard to righteousness. What fruit did you have then in the things of which you are now ashamed? For the end of those things is death. But now having been set free from sin, and having become slaves of God, you have your fruit to holiness, and the end, everlasting life. For the wages of sin is death, but the gift of God is eternal life in Christ Jesus our Lord. Rom 6:15-23

The Living Word of God, Messiah Yeshua, provides for our eternal life as a free gift, setting us free from slavery to sin, instead making us slaves of God and of obedience to the written Word, leading to righteousness, bearing the fruit of holiness.

LEVITICUS 16:1-18:30 ANNUAL ACHAREI MOT “AFTER THE DEATH” OUTLINE | LEVITICUS in CHIASTIC STRUCTURE
FINDING MESSIAH in TORAH: A MESSIANIC DISCOVERY THROUGH the TORAH PORTIONS
THE LAW of LOVE: THE GOSPEL of GRACE REVEALED in the COMMANDMENTS OF GOD