You are here: Home / Perspective / america and nation / fascism, part one

You hear the words “Hitler,” “Nazi,” and “Fascist” thrown around a lot these days. But to see if they are valid descriptors, or just extreme labels meant to inspire a negative emotional response without any correlation to actual facts (a la John Kerry’s claim that American soldiers in Vietnam “razed villages in a fashion reminiscent of Genghis Kahn,“) we have to know what those facts were. This history series on fascism and naziism will feature quotes taken from reputable sources, by the historians who lived through the events of the 1930s and 40s.

And we have to start with Benito Mussolini.

“…The Fascist State organizes the nation, but leaves a sufficient margin of liberty to the individual; the latter is deprived of all useless and possibly harmful freedom, but retains what is essential; the deciding power in this question cannot be the individual, but the State alone….”

When Mussolini took power he had no program except to retain his job. He admits this candidly. But he quickly found a program, which derived from a desire to replace the class struggle, which–certainly–he had done more than most men to intensify, by some sort of class collaboration. This was the origin of Fascism in practice. The contrast to Hitler is striking. Hitler came to power with a very definite program, and soon lost it; Mussolini, devoid of program, quickly invented one.

The outlines of Fascist economy are known to everyone. Private property, private profits, are preserved, but under strict state control. The entire productivity capacity of the country, theoretically represented by employers and employees both, is organized into a series of twenty-two “corporations,” from which deputies from the lower chamber of parliament will be chosen. Representation will be on the basis of occupation instead of geography; a deputy will represent, say, the hotel business instead of the province of Turin.

The scheme was put forward cautiously, and expanded very slowly; in 1936 it was still an embryo structure. Every corporation contains three supervising delegates to the Fascist party; each corporation is headed by a member of the cabinet or an under-secretary, appointed by Mussolini. The deputies, moreover, are “voted” into the chamber from an approved list chosen by the Grand Fascist Council; electors are privileged simply to say Yes or No to the whole list. Mussolini’s two general “elections” have been grossly dull affairs.

The state, being supreme, regulates the economy for its exclusive benefit. Fascism may be, spiritually, “an attempt to make Romans out of Italians,” but physically it made Italy a prison. “Fascism is a series of ideas turned into a person,” according to Gentile; and the peculiar person and character of a Mussolini determined the repressive shape it took. 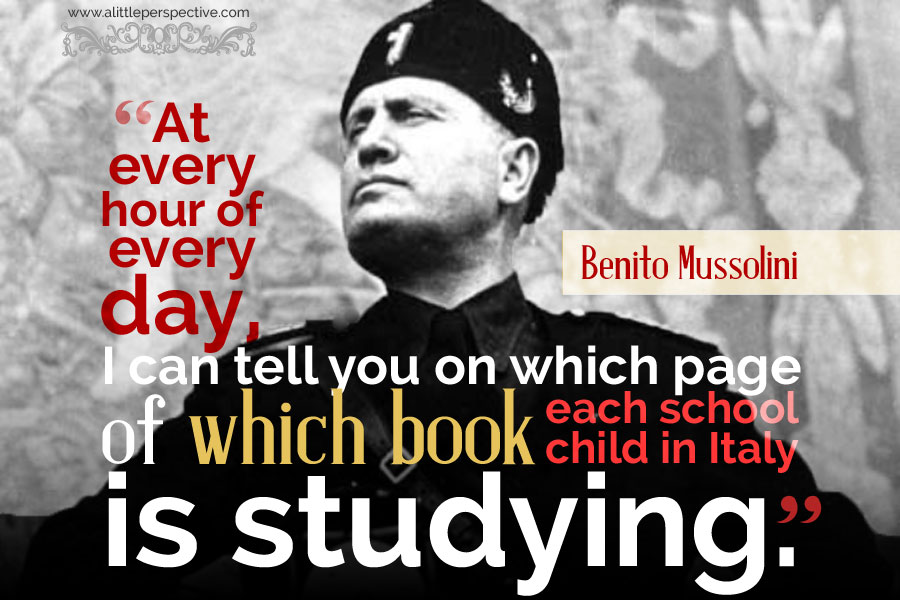