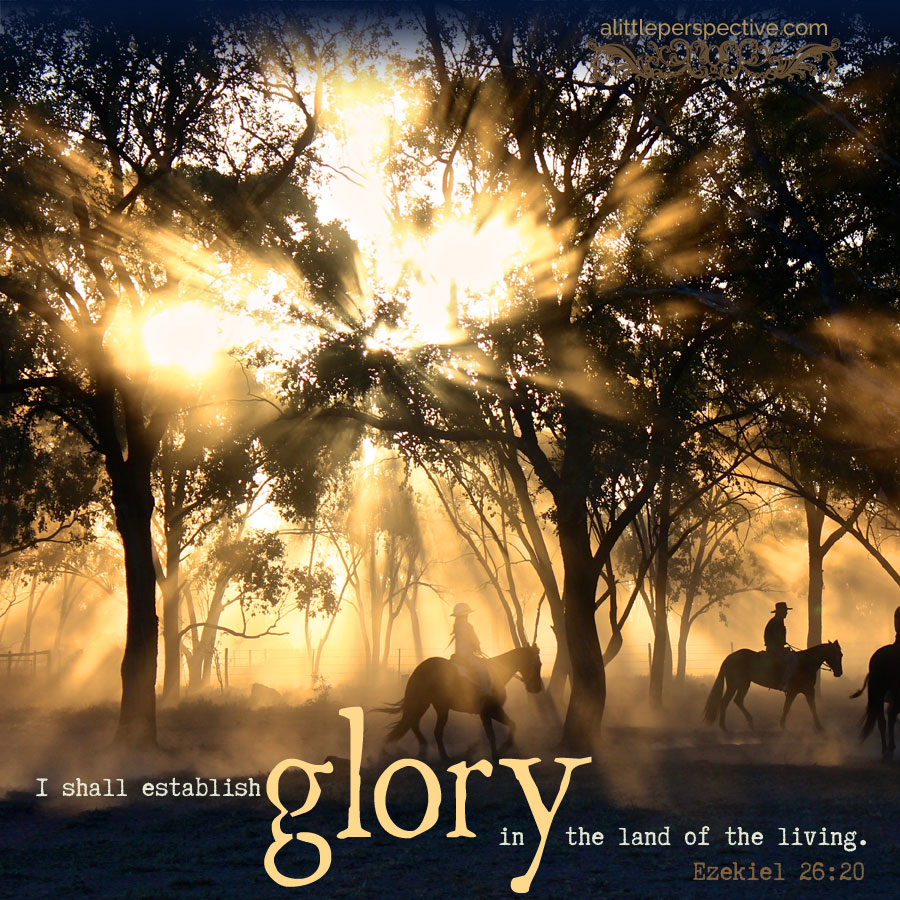 Read Ezekiel 26 and 27 at Bible Gateway.

Eze 26:1-6 {p} Prophecy against Tyre: nations shall come against you, break down your walls
Eze 26:7-14 {s} Nebuchadnezzar shall come against Tyre/ she shall not be rebuilt
Eze 26:15-18 {s} The lament of the princes of the sea over the destruction of Tyre
Eze 26:19-21 {p} YHVH to make Tyre a desolation/ descent to the Pit, never to be inhabited again
Eze 27:1-3a {s} Take up a lamentation for Tyre, merchant of the peoples on many coastlands
Eze 27:3b-36 {p} Tyre’s destruction from the east/ the wailing of the nations, kings of the earth

1a) Eze 26:3-5a, Therefore thus says the Lord God: Behold, I am against you, O Tyre, and will cause many nations to come up against you, as the sea causes its waves to come up. And they shall destroy the walls of Tyre and break down her towers; I will also scrape her dust from her, and make her like the top of a rock. It shall be a place for spreading nets in the midst of the sea, for I have spoken, says the Lord God;

1c) Eze 26:6a, Also her daughter villages which are in the fields shall be slain by the sword;

2c) Eze 26:7-11, Nebuchadnezzar will slay with the sword your daughter villages in the fields/ people of Tyre;

1a) Eze 26:7-8a, For thus says the Lord God: Behold, I will bring against Tyre from the north Nebuchadnezzar king of Babylon, king of kings, with horses, with chariots, and with horsemen, and an army with many people. He will slay with the sword your daughter villages in the fields;

1b) Eze 26:8b-9, He will heap up a siege mound against you, build a wall against you, and raise a defense against you. He will direct his battering rams against your walls, and with his axes he will break down your towers;

central axis) Eze 26:10a, Because of the abundance of his horses, their dust will cover you;

2b) Eze 26:10b, Your walls will shake at the noise of the horsemen, the wagons, and the chariots, when he enters your gates, as men enter a city that has been breached;

2a) Eze 26:11, With the hooves of his horses he will trample all your streets; he will slay your people by the sword, and your strong pillars will fall to the ground;

2b) Eze 26:12-13, They will plunder your riches and pillage your merchandise; they will break down your walls and destroy your pleasant houses; they will lay your stones, your timber, and your soil in the midst of the water. I will put an end to the sound of your songs, and the sound of your harps shall be heard no more;

2a) Eze 26:14 {s} I will make you like the top of a rock; you shall be a place for spreading nets, and you shall never be rebuilt, for I the Lord have spoken,’ says the Lord God.

Eze 26 is the beginning of the prophecy against Tyre (which is concluded in Eze 27-28). This chapter is one the skeptics use to say that the biblical prophecies are inaccurate, because these prophecies were never fulfilled the way the Bible says they will be. But if we look at them with the teaching tools of Scripture, some interesting truths surface that would otherwise be missed.