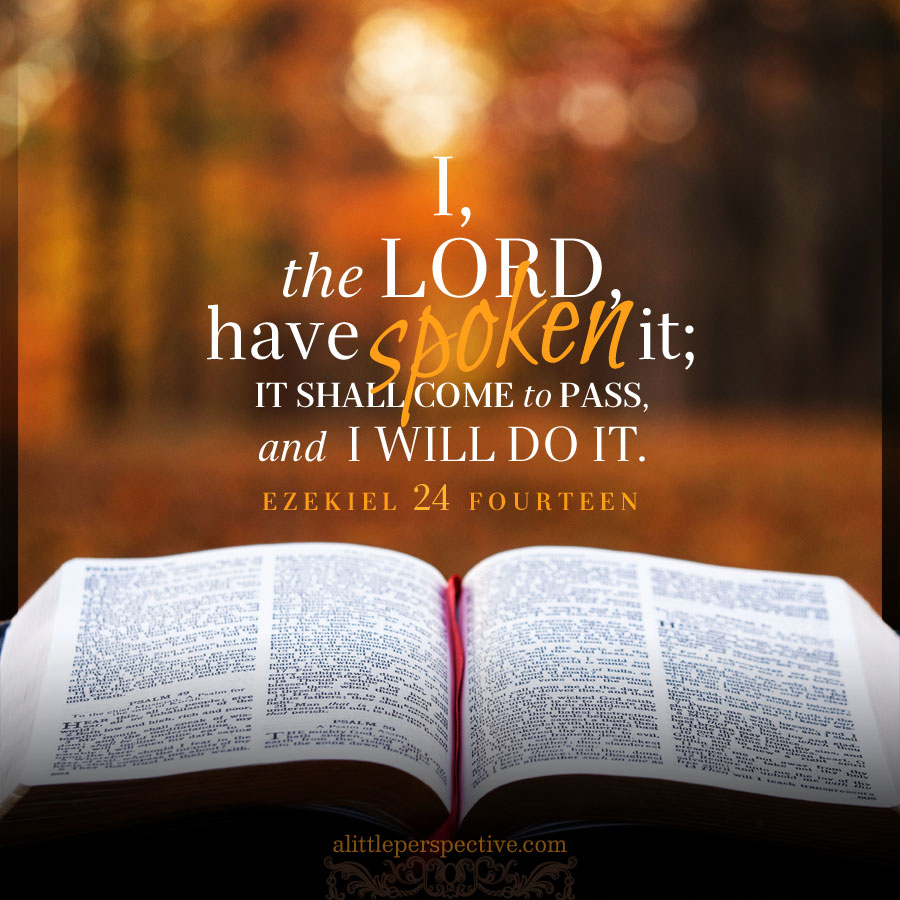 Read Ezekiel 23 and 24 at Bible Gateway.

Eze 23:1-10 {s} Sisters Oholah + Oholibah: Oholah (Samaria)’s harlotry, so that Assyria executed judgment on her
Eze 23:11-21 {s} Oholibah (Jerusalem) saw this, but committed worse harlotry than her sister
Eze 23:22-27 {p} Therefore YHVH will delegate judgment to Babylon/ YHVH will cause her to cease her harlotry
Eze 23:28-31 {s} Because Jerusalem defiled herself with the idols of the Gentiles, YHVH will deliver her up
Eze 23:32-34 {s} Jerusalem shall drink her sister’s cup, of horror + desolation, until it is drained
Eze 23:35 {s} Because you have forgotten Me, you shall bear the penalty of your harlotry
Eze 23:36-45 {s} Judgment on Oholah + Oholibah: declare to them their abominations
Eze 23:46-49 {p} They are given to trouble + plunder, so that their lewdness will cease from the land
Eze 24:1-5 {s} 9th year, 10th month, 10th day: the parable of the simmering pot
Eze 24:6-8 {p} Woe to the bloody city, for she boiled the blood with the meat, and did not pour it out to cover it
Eze 24:9-14 {p} Woe to the bloody city, make the fire hot, that her filthiness may be consumed
Eze 24:15-24 {s} The parable of the death of Ezekiel’s wife, as the destruction of the LORD’s house in Jerusalem
Eze 24:25-27 {p} When one who escapes the destruction tells Ezekiel, he shall no longer be mute 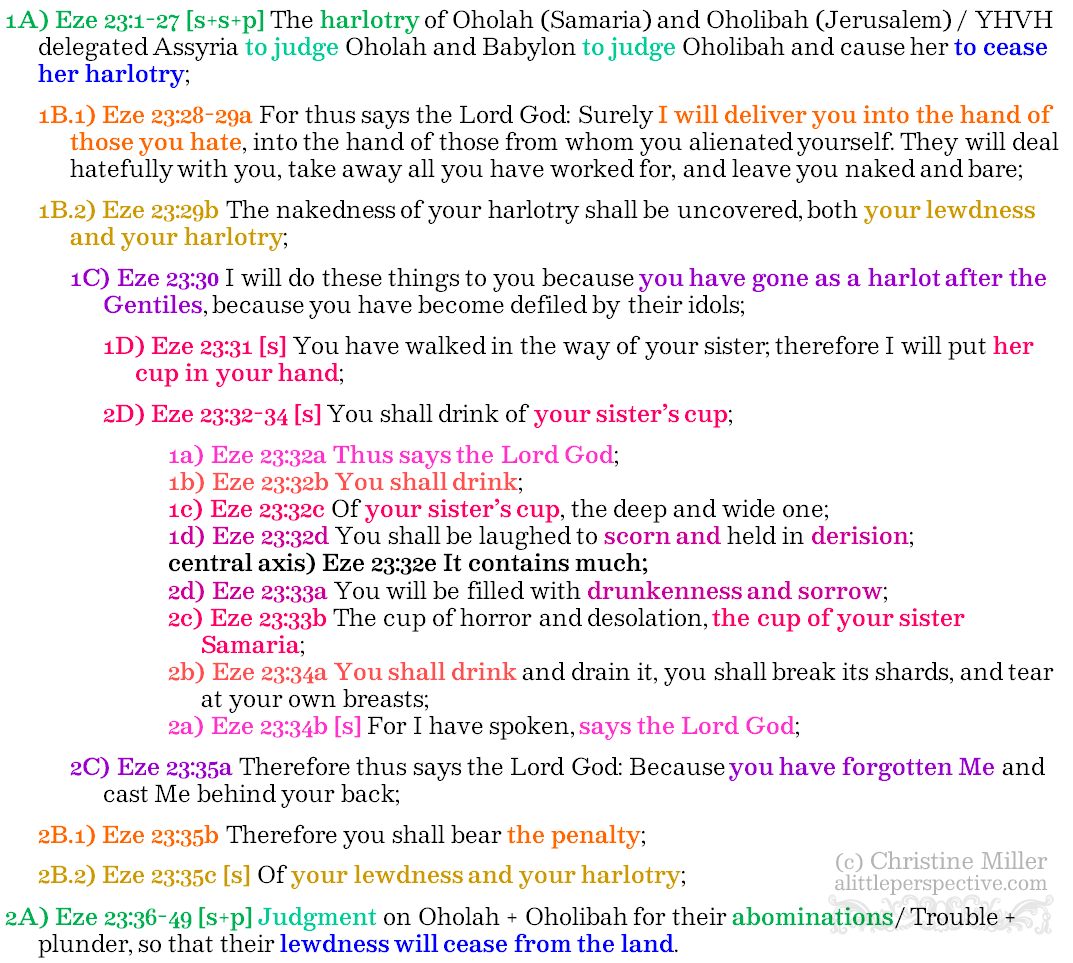 I admit that it’s a depressing reverse parallelism. But here is the good news: Jerusalem will cease her harlotry. And we know that the LORD accomplished that exact end, because after the return from captivity, the LORD’s people were so abhorrent of idolatry that they would rather die than participate in it. It inspired the successful revolt of the Maccabees, which we will be celebrating in Hanukkah in just a few weeks!