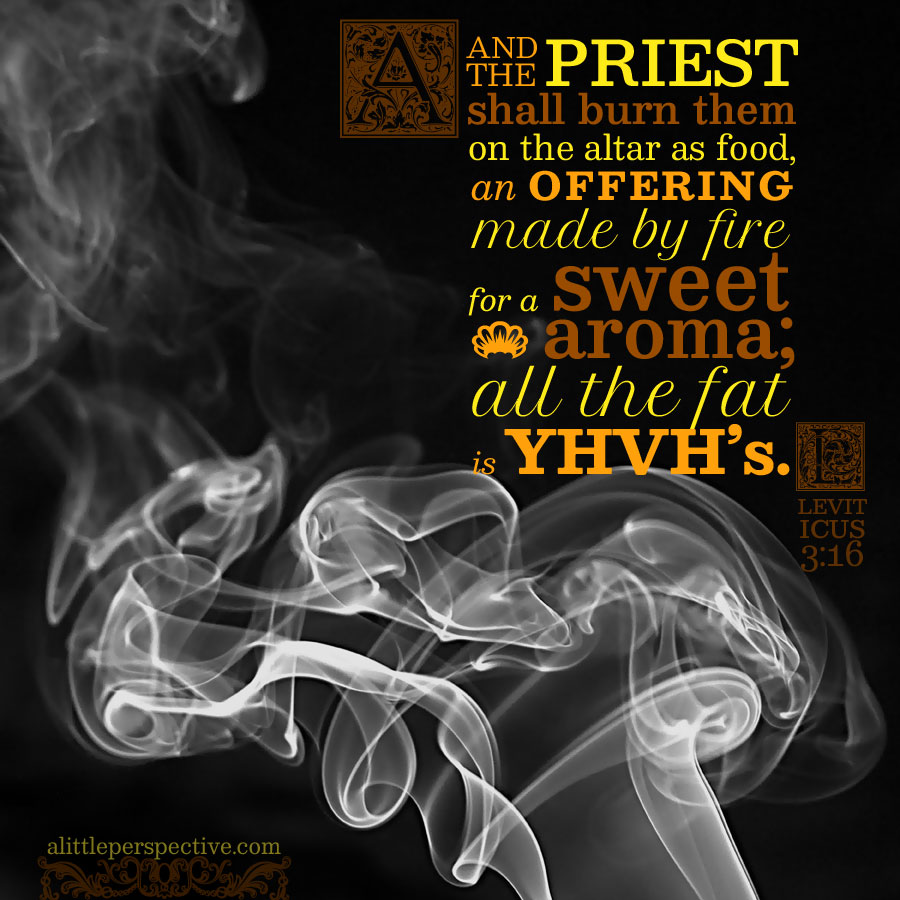 “And I will set apart in that day the land of Goshen, wherein My people dwell, that no swarms of flies shall be there; so that you may know that I am YHVH in the midst of the earth. And I will put a division between My people and your people–by tomorrow shall this sign be.” Exo 8:22-23

The story the pictographs are telling is of speaking (pey) to the one in authority (lamed), i.e., pleading a case, so that he renders a favorable judgment (hey, in the sense of a revelation of wisdom).

In Israel’s case, YHVH rendered a judgment which distinguished them from the Egyptians.

Division is Strong’s 6304, peduwth, a concrete noun meaning, “distinction;” from Strong’s H6999 קטר qatar, a primitive root meaing, “to burn an offering so that it smokes;” i.e., to offer a sweet savor; also to burn incense. The pictographs are quph + tet + resh.

The story the pictographs are telling is to diminish (quph, in the sense of condense) that which is offered (tet, as offerings of grain, fat portions, or incense are brought in a basket) as the first or best (resh, i.e., the choicest) offering. These offerings are diminished by fire, thus the meaning of a sweet-smelling savor from the smoke of the offering.

In every other place in Scripture where peduwth is used, it has the meaning of ransom or redemption. What is the connection of the sweet-smelling savor to a distinction? I think it must be in the sense that YHVH considered the children of Israel as His own possession (“My people,” Exo 8:22-23). That which belongs to YHVH, as the choice or best of the offerings do (having the notation in Scripture, by which we know that they have been accepted by Him, that they are a sweet-smelling savor to Him) are distinct from that which is common or ordinary.

I did not make much progress on “abomination” as found in Daniel, so I have put those notes away in with my Daniel notes, to tackle the next time I study Daniel.