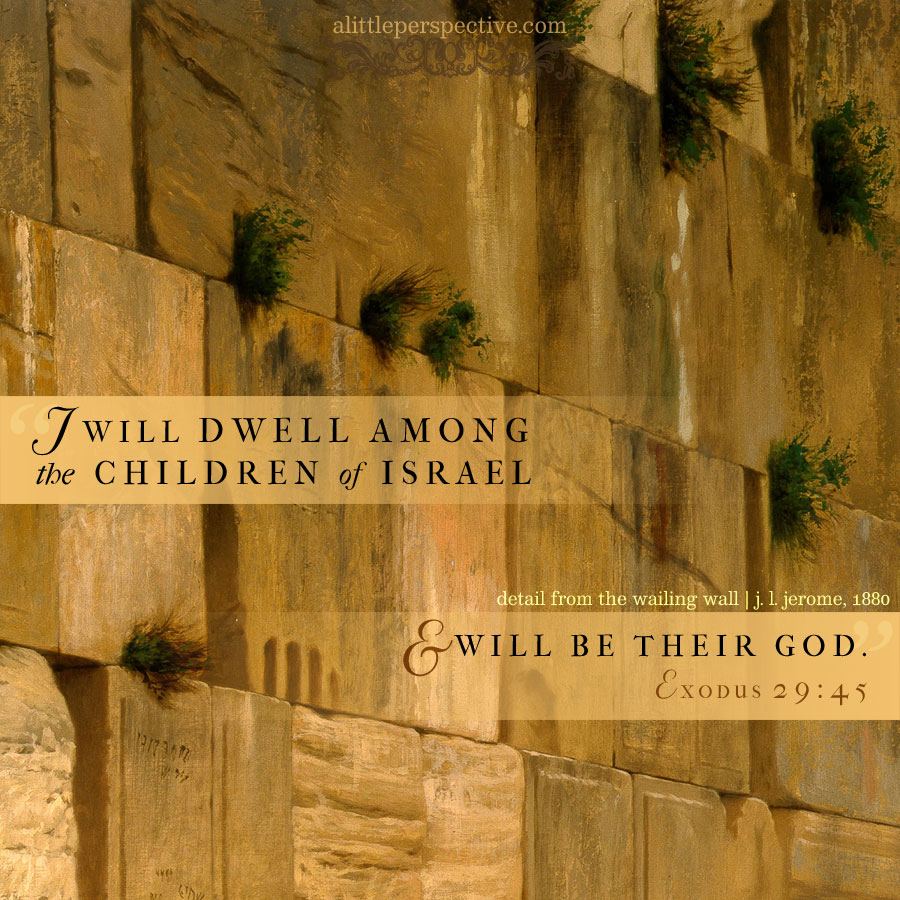 Let’s take a look at the big picture that God has been teaching in the instructions for building the tabernacle to Moses:

Notice that beginning with Exo 29, the narrative shifts, from pure construction blueprints, to instruction for consecration, sanctification, atonement, and preventing death by not making common what is holy to the LORD.

Even the passage concerning the bronze laver follows this theme (Exo 30:17-21), because Aaron and his sons, when they enter the tabernacle to minister, even if they are clothed in their holy garments, bring common dirt on them from outside the tabernacle, on their feet, and on their hands; so they wash in the bronze laver before they begin their ministering, that they do not die. Why would they die? Because they have brought that which is common and profane into contact with that which is holy to the LORD.

These instructions for the building of the tabernacle in the wilderness, then, teach two parts to bringing it to a usable state:

1) that His tabernacle, or dwelling place, is first made, then
2) it is consecrated.

If we were to do a study of consecration as it is used throughout Scripture, we would see that it is a process whereby something or someone is set apart – what “holy” means – and devoted solely to God. Its most common New Testament equivalent term is “sanctification.”

What does this have to do with us? The body of Messiah is the tabernacle or dwelling place of the Holy Spirit (1 Cor 3:16). God first makes us His dwelling place, by the process of salvation, but He does not stop there. Then He sets about the second stage: sanctifying or consecrating us. As we learn His ways (admittedly a process which takes time) we put off that which is common and worldly, and put on that which is holy and pleasing to Him. Church, do not fear to walk in the ways of God as expressed by His commandments! When you do so, you are not making void the grace of Christ for salvation in trying to become justified before God by righteous works, as a certain sect was who was troubling the Galatians – you are merely cooperating with His Spirit in becoming set apart for Him! ♥