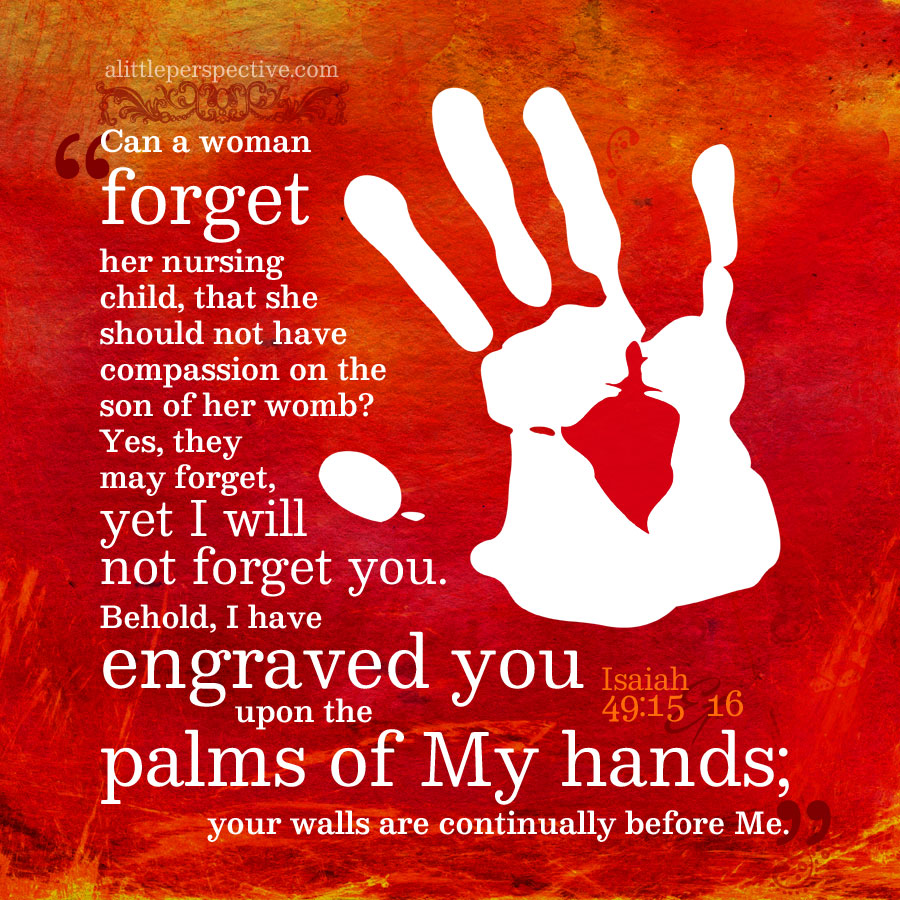 ephod: Strong’s H646 אפד ephod, a concrete noun meaning, “priest’s vestment;” of possible foreign derivation, without a primitive verbal root. According to Gesenius, the 3-letter root of the noun is aleph + pey + dalet.

The story: Powerful (aleph) redemption; i.e. an opened (pey) door (dalet). When one is redeemed from slavery, the door is opened so that he can leave. The Ancient Hebrew Lexicon adds, “to bring back to an original state.”

Can a woman forget her nursing child, that she should not have compassion on the son of her womb? Yes, they may forget, yet will I not forget you. Behold, I have engraved you upon the palms of My hands; your walls are continually before Me. Isa 49:15-16

Engraved, so as to be kept in remembrance, or not forgotten, before YHVH. 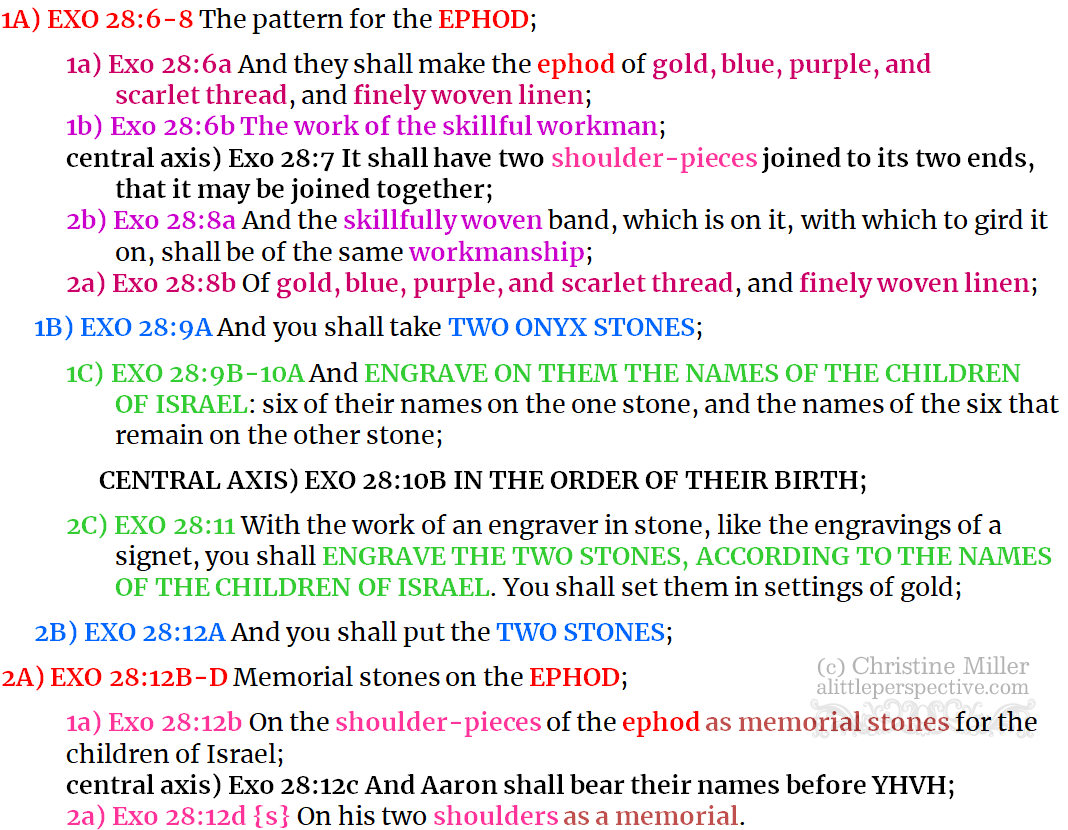 Why is the central axis of this parsha that the names of the children of Israel are to be engraved in the order of their birth? Because, the name of Judah would be on the one stone, and the name of Joseph on the other stone, if they were engraved in order. The Scripture is throwing a spotlight on the two witnesses!