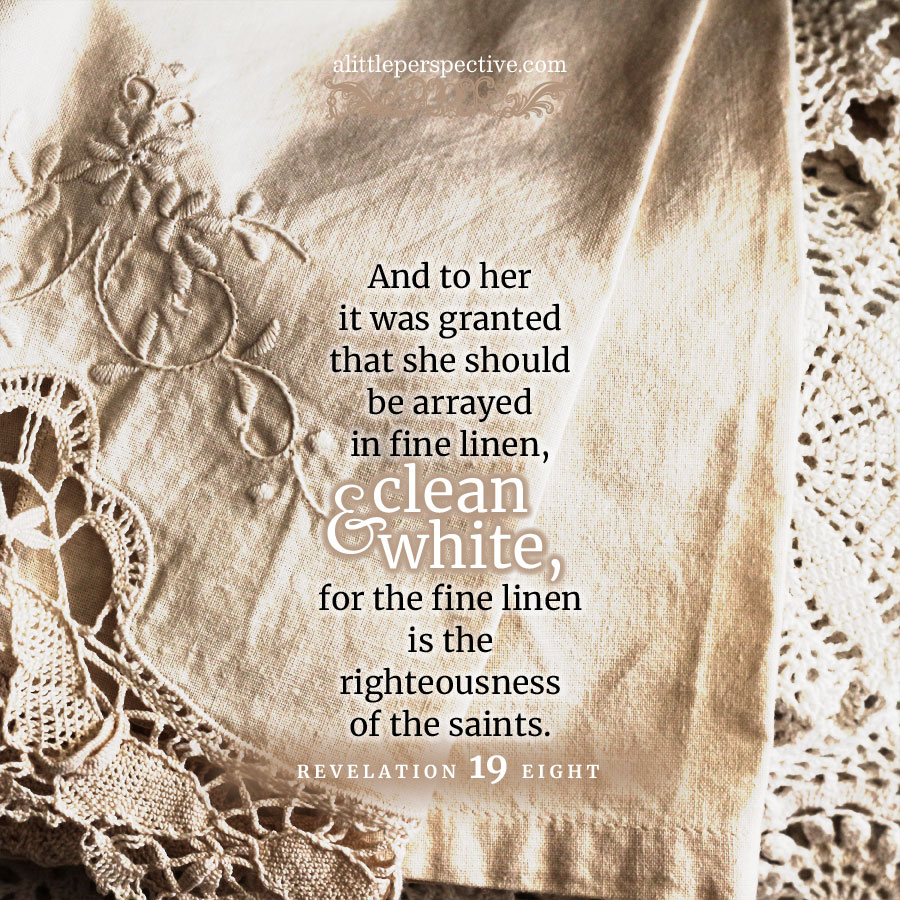 I could see that these two paragraphs together made a single strong theme according to God’s way of thinking. But what was it? I was stumped. To help me see what it might be, I mapped the chiastic structure: 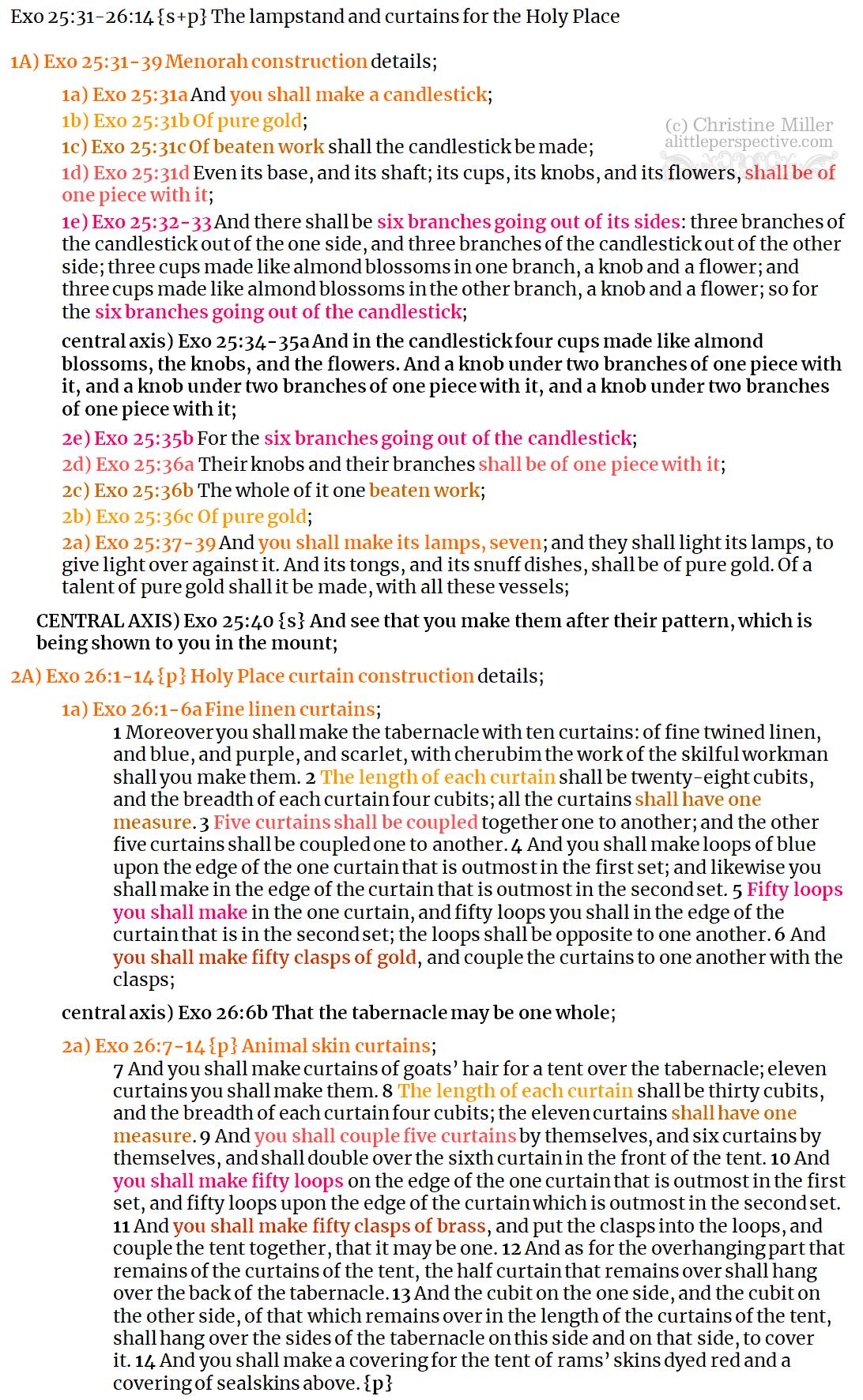 The menorah lives in the Holy Place, where its light was tended continually and to not go out. We previously learned that

The Holy Place and its furniture of table and lampstand that we have learned about so far correspond to the mind, where the light of God’s Word was to illuminate its natural darkness without going out.

Then I noted that the curtains of fine linen and animal skins covered the Holy Place. The coverings were not for the outer court. As I sought my Teacher for the significance of this, I was reminded that the the righteous deeds of the saints are more than once compared to a fine linen garment, which is a covering.

Yehsua told the parable of the wedding for the king’s son, in which the servants brought in many from the highways and byways, as the invited guests were too busy to attend to the wedding feast:

So those servants went out into the highways and gathered together all whom they found, both bad and good. And the wedding hall was filled with guests. But when the king came in to see the guests, he saw a man there who did not have on a wedding garment. So he said to him, ‘Friend, how did you come in here without a wedding garment?’ And he was speechless. Mat 22:10-12

And to her it was granted to be arrayed in fine linen, clean and bright, for the fine linen is the righteous acts of the saints. Rev 19:8

Interestingly enough, the passage in Revelation is talking about the marriage supper of the Lamb, the King’s Son!

As well, the fine linen is itself covered over by an animal skin dyed red.

Also for Adam and his wife the Lord God made tunics of skin, and clothed them. Gen 3:21

Can the symbolism be more plain? The LORD God clothed Adam and Eve in an animal skin after they sinned. Now we learn that the animal skin was dyed red, immediately bringing to mind the blood of Yeshua which covers our sins.

Keep the Word of God shining its light daily in my mind. Feed my thoughts on its truth. Then my actions will be the righteous deeds of the saints, covering me with fine linen. The blood of Yeshua my Savior then covers over the whole of my thoughts and my deeds, cleansing me of unintentional sins.