You are here: Home / Bible Study / bible for beginners / Exodus 25 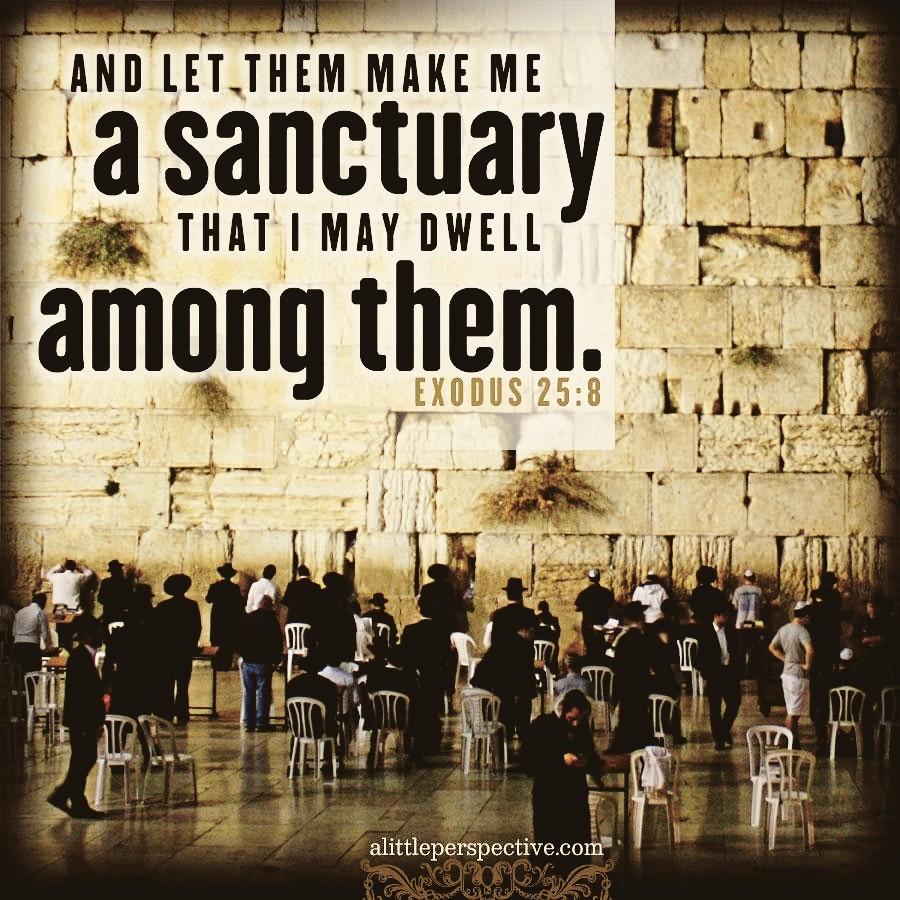 Admittedly, we are entering into some dry chapters in Torah, containing the detailed blueprints for Tabernacle construction. But hidden within these blueprints are amazing prophecies of Messiah Yeshua.

“And you shall make a mercy seat of pure gold; two and a half cubits shall be its length and a cubit and a half its width.” Exo 25:17

What is a mercy seat? In these blueprints for the Tabernacle which YHVH is giving to Moses, it was the golden cover for the ark. The ark is called the ark of the Testimony or the ark of the Covenant, because inside the ark, Moses was to place the two stone tablets upon which God had written with His own hand, the Ten Commandments. The covenant God had made with Israel, was that they would be His special treasure, His holy nation and kingdom of priests, as they kept His commandments. The mercy seat would have the golden cherubim of one piece with it, whose outstretched wings would cover the seat.

The tabernacle is to be built so that God Himself will have a sacred place to dwell among the children of Israel. The place of His presence, then, is above this mercy seat.

“Mercy seat” in Hebrew is kapporeth, Strong’s H3727. It is from כפר kaphar, Strong’s H722, a verbal root meaning “to cover over.” The pictographs are kaph + pey + resh.

The story: Covering (kaph, as the father’s open palm covered the head of his son when conferring the blessing) the wound (pey, in the sense that a wound is an opening in the body) of man (resh). The Lexicons say it means to cover over or to make atonement. I cannot help but think of Noah’s two sons, who “covered over” their father’s nakedness and so preserved his honor and dignity. And whenever I think of that, I cannot help but think of Pro 17:9, “He who covers a transgression seeks love.

We learned in a study in Matthew a few years ago, that Yeshua told His disciples that since the Pharisees sit in the seat of Moses, that they were to do as they say, but not as they do. We learned that ‘sitting in the seat of’ was a Hebrew idiom which meant the place of authority. And this is why kingdoms have thrones upon which the king sits. When a king sits upon his throne, he is wielding that kingdom’s authority.

I always wondered why the lid of the box or ark, was called a seat. The Hebrew dictionary says of kapporeth, that it was considered the throne of God – the seat of His authority. That is why it is a mercy seat, and not a mercy lid.

Isn’t it something, that what was to be inside the ark, were the tablets of the Testimony containing the Ten Commandments, the Law or Torah of God which we are to obey, which makes us a holy nation in the face of all the other unholy nations? And covering over the Law, and by implication the transgressions of it, is the mercy of God. God covers over our transgressions of the Law with mercy, because He is seeking love!