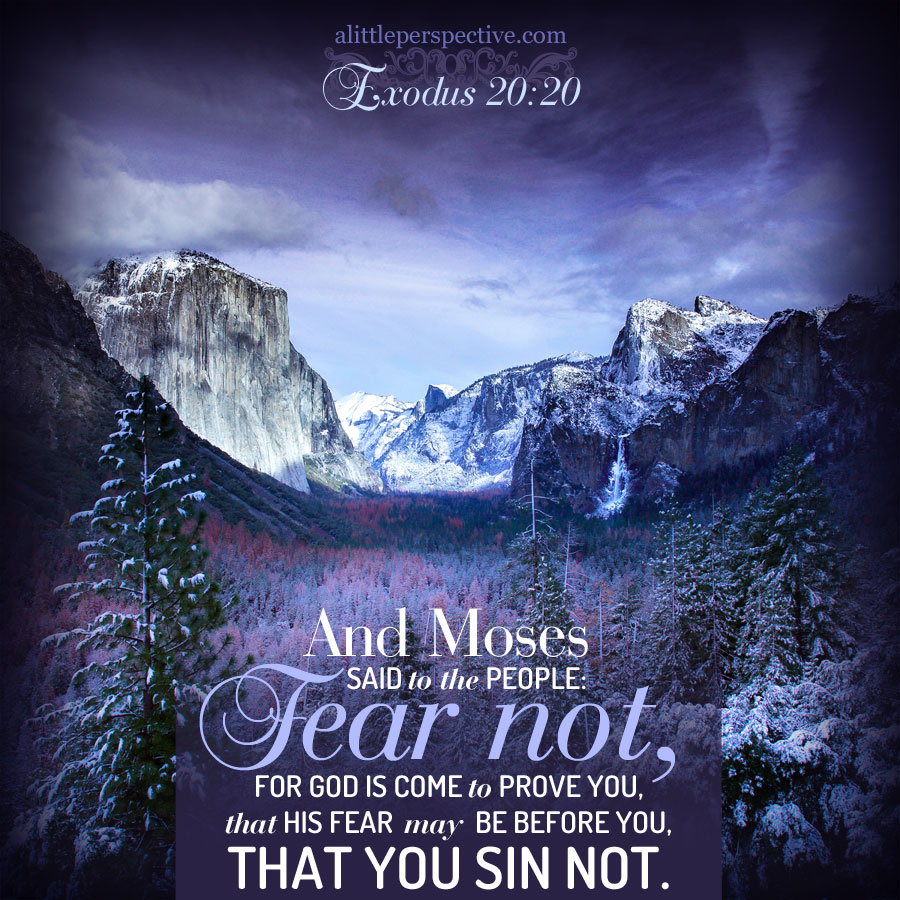 The roots previously studied are linked.

Exo 20:18 And all the people perceived the thunderings, and the lightnings, and the voice of the trumpet horn, and the mountain smoking; and when the people saw it, they trembled, and stood afar off. 19 And they said to Moses: “You speak with us, and we will hear; but let not God speak with us, lest we die.” 20 And Moses said to the people: “Fear not; for God is come to prove you, and that His fear may be before you, that you sin not.” 21 And the people stood afar off; but Moses drew near to the thick darkness where God was. {s}

To die is Strong’s H4191 מות muwth, a primitive root meaning, “to die, to put to death.” The ancient pictographs are mem + vav + tav.

The Assyrians invented execution by crucifixion, as far as we know, so the Hebrew language predates crucifixion by millennia. But the most straightforward reading of the pictographs is of blood, or the life (mem, as the life is in the blood) nailed (vav) to the cross (tav), i.e. prophesying of the way Messiah would die in our place. By His death He defeated death forever.

Afar off is Strong’s H7350 rachowq, an adjective meaning, “distant,” from Strong’s H7368 רחק rachaq, a primitive root meaning, “to be distant.” The ancient pictographs are resh + chet + quph.

The story being told is of the man (resh) outside (chet) the circle (quph). In the patriarchal era, when the tribe encamped, they arranged all the family tents in a large circle. The children played and the women worked within the circle, the place of family, acceptance, and safety. To be distant, then, was to be outside the circle of the family.

Draw near is Strong’s H5066 נגש nagash, a primitive root meaning, “to draw near.” The ancient pictographs are nun + gimel + shin.

The story being told is of continually (nun) walking toward (gimel) that which is repeated (shin) in the sense that we renew our ties to each other as we repeat actions, such as daily labor which repeats without end, undertaking it because we love those we serve, and traditions or festivals that repeat year after year.

I need to compare this root to Strong’s H7126 qarab, “to draw near,” the root of Strong’s H7133, qorban, “offering,” as that which one brings when he draws near to God.

The teaching tool of comparison and contrast brings to our attention that first Moses tells the people to fear not, and then tells them to keep the fear of YHVH before them so that they do not sin (as the Ten Commandments just delivered define righteousness and sin). The concrete noun for fear, as the fear of God, comes from the verbal root, to fear, as in fear not. Is Moses contradicting himself?

No, but the thick darkness and quaking mountain and the majestic audible voice of YHVH which they heard speaking the Ten Commandments, which caused them to draw back in fear, was to prove to them them YHVH’s greatness and authority in issuing the Ten Sacred Things, so that they don’t treat His word flippantly and sin, but respect it and obey it.