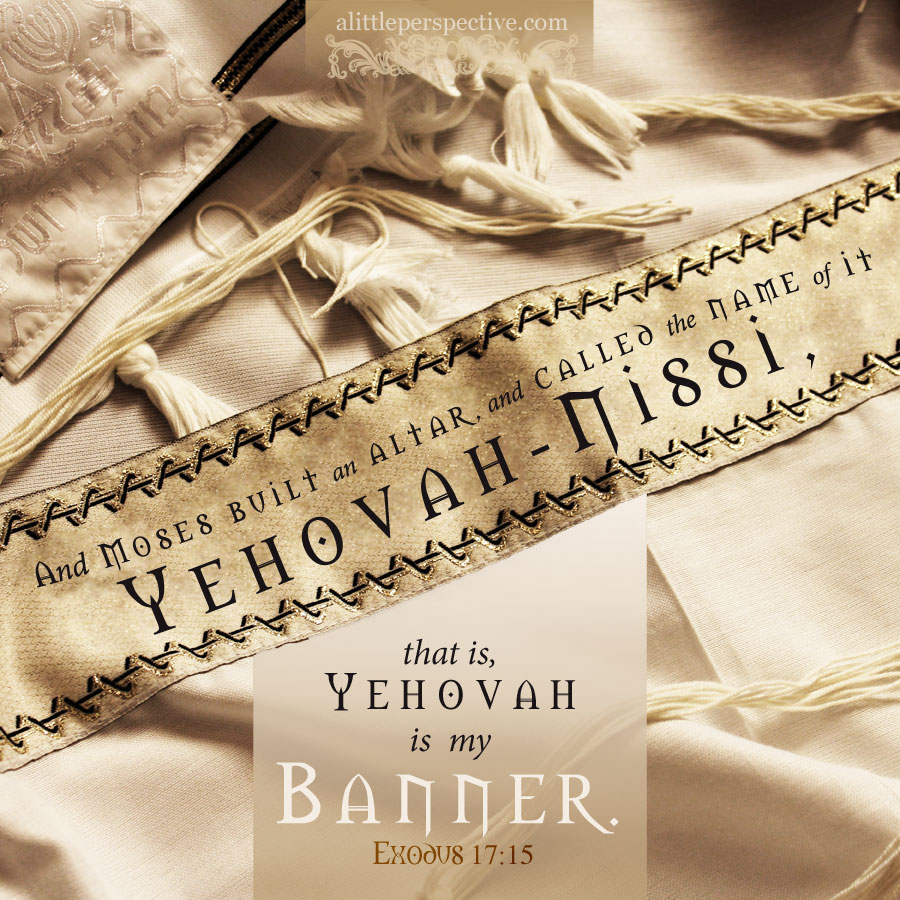 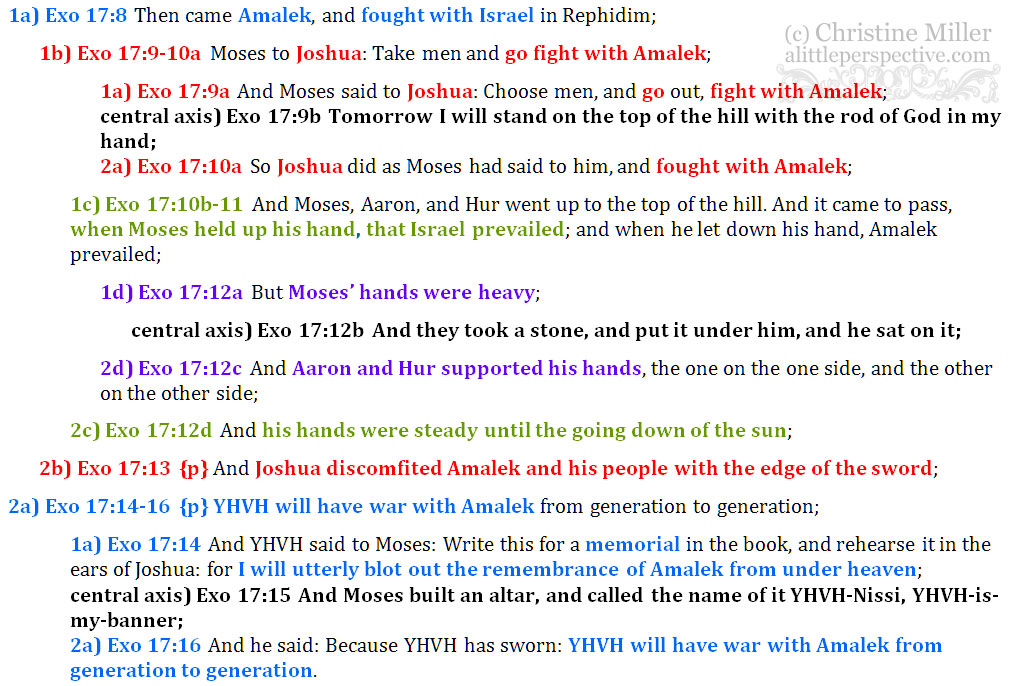 Yehovah Nissi is Strong’s H3071, a compound word from Strong’s H3068, Yehovah, which we have seen before, and Strong’s H5251, nec, a concrete noun meaning, “something lifted up;” from Strong’s H5264 נסס nacac, a primitive root meaning, “to gleam from afar,” i.e., to be conspicuous as a signal, to raise a beacon. The ancient pictographs are nun + sin + sin.

We have seen the verbal root before, which means to continue (nun) to grab hold (sin), i.e.; to lift up as an ensign, standard, or banner. When one retreats to the banner of the king, one comes under his protection (second sin) as a place of refuge.

Strong’s says it means, “to gleam from afar,” to be conspicuous as a signal. So the rod that Moses held aloft while the battle raged, is the history that inspired the name, Yehovah Nissi, God who is lifted up high over us, who signals to near and far that we are not defeated. This history and meaning of the name of Yehovah Nissi, is where the idea of tribal and national flags came from; where the idea of beacon fires came from, to serve as a signal to those ‘afar,’ and where the idea of lighthouses came from, which gleam from afar and so protect those who are sailing in by guiding them toward safe harbor.

Now, this gives a whole new meaning to the worship we sing, “Lift Him up, lift up His name on high!” When we lift up His glorious name, we are raising over us the banner of Yehovah, and our enemies can not prevail over us, but we prevail over them!