The Hebrew paragraph divisions and single chiastic structure for beshalach are posted here. Other posts concerning beshalach can be found here.

As I was studying in the first portion of beshalach this year, the Red Sea crossing portion, I realized something humbling. Here are the complex chiastic structures from this portion which made the revelation evident:

Exo 15:2-12 is the central portion of the Song of Moses which I have not yet completed;

The A pair is really the only section of the structure completed to date, but as it is so complex, let’s break it down. Each A pair has 5 components.

1. That God led them Himself in a pillar of cloud and fire (1a)/ In mercy YHVH has led forth His people whom He has redeemed (2a). The 1a side of the first component forms its own chiastic structure:

God did not lead them by the short route, by the way of Philistia, for the Philistines would come out against them with war, and God has not yet taught the people to battle. He is a man of war, but His people, newly released from slavery, were not there yet. Instead of berating them for not yet being at a point down the road, He accommodated them, even if it meant taking them by the long route. Are you on a long journey from where you were to where you are going? God is accommodating you as a good Father, giving you opportunities to grow into where you are going by the journey. The central axis says, “God will surely take care of you,” and as the 2a pair reveals, He led Israel the way He did in mercy, and He leads us the way He does because of His mercy for us, not because of His anger or impatience with us!

2. That the enemy pursued (which frightened Israel), but YHVH gave Israel His assurance of deliverance (1a)/ that future enemies will be in dread of Israel, Moses reassureing them that YHVH will fulfill His promise to bring them into their land.

It is so interesting the anguish/ dismay/ dread dynamic. In the 1a pair, it was Israel who was in anguish because of her enemies, but in the 2a pair, it is the future enemies of Israel: Philistia, Edom, Moab, and Canaan, who will be in anguish because of the redeemed of Israel, until they have passed over. This is because of the powerful arm of YHVH exercised on behalf of His people, so that they need fear not! Just as YHVH assured Israel He would deliver them from the Egyptians, and He did, so He assures Israel that He will establish them in their land, and He did and will bring it to completion. We have assurance, because YHVH is the One who reigns forever and ever!

3. The Red Sea divided, Israel went through on dry ground (1a)/ Israel went on dry land in the sea (2a). The 1a section of this pair, the strong paragraph from Exo 14:15-25, forms a chiastic structure:

4. That YHVH overthrew the Egyptians in the midst of the sea (1a)/ that the Egyptians drowned in the sea (2a). The 1a section of this pair, the strong paragraph from Exo 14:26-31, forms a chiastic structure:

1a) Exo 14:26-27, YHVH told Moses to stretch out his hand that the waters return/ he did so + Egyptians overthrown;
1b) Exo 14:28, The waters returned + covered Pharaoh’s entire army/ not even one of them remained;
central axis) Exo 14:29, Israel walked on dry land through the sea/ waters a wall to them on their right + left;
2b) Exo 14:30, YHVH saved Israel from the Egyptians/ Israel saw the Egyptians dead on the seashore;
2a) Exo 14:31 {p} Israel saw YHVH’s great power against Egyptians/ they feared + believed in Him + His servant Moses. 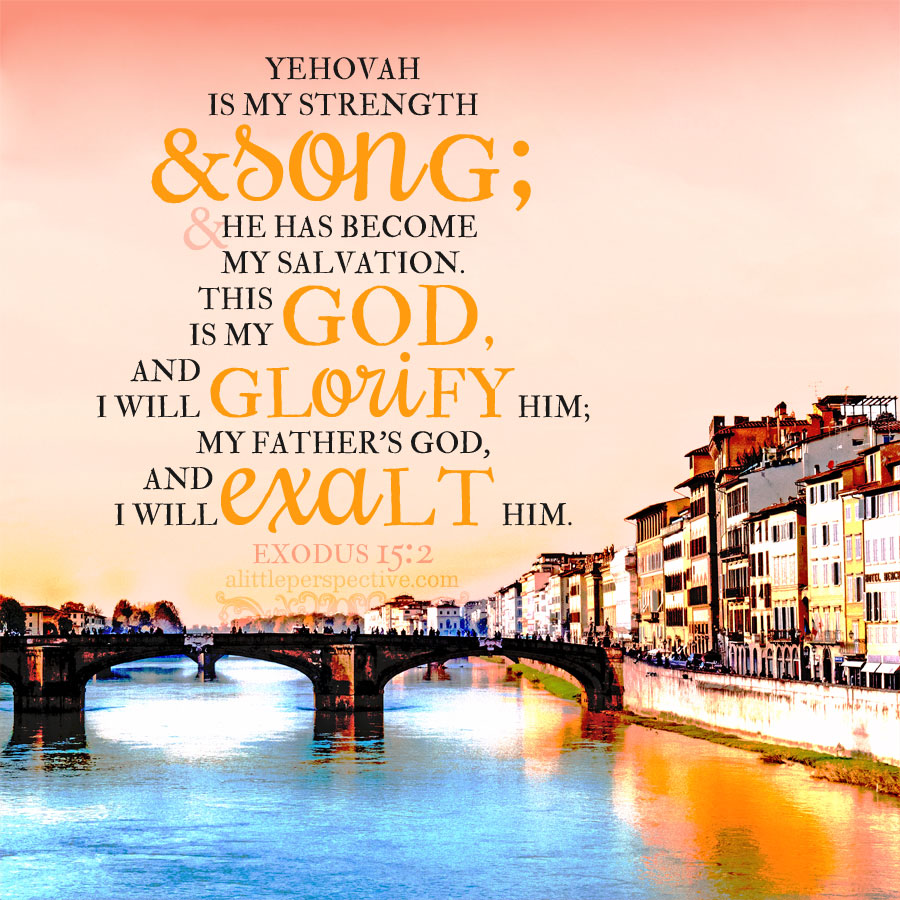