You are here: Home / Perspective / the fig tree of israel / esther before ahasuerus, bibi before congress 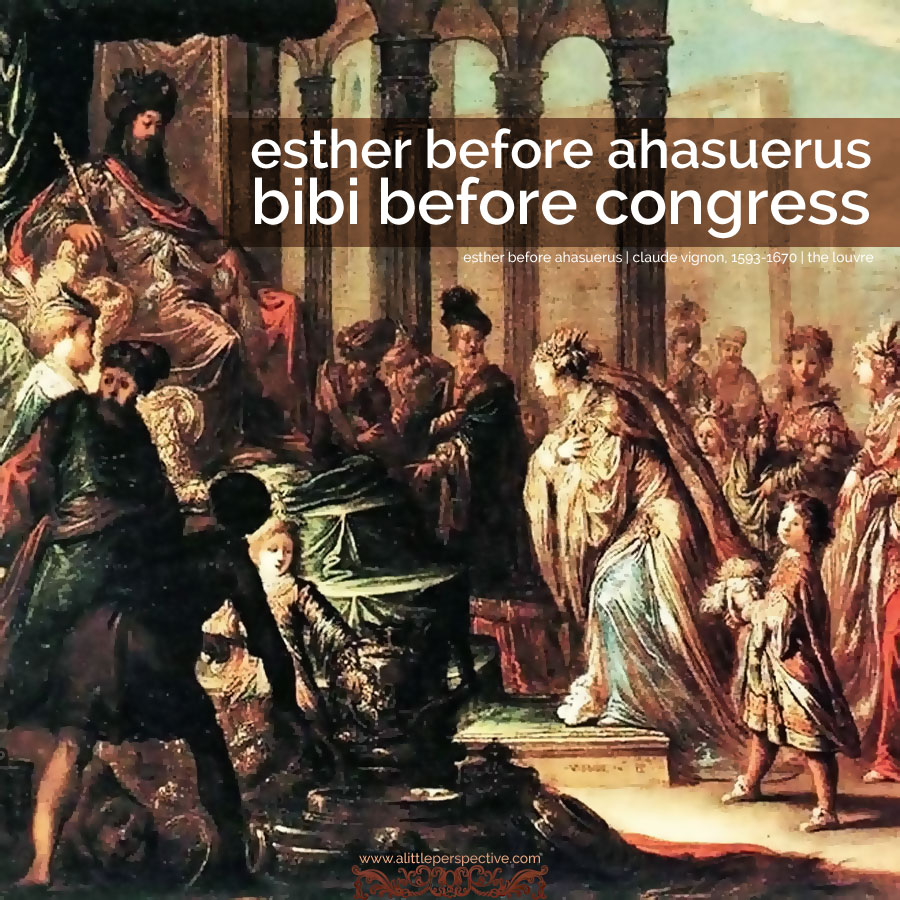 I for one am going to be watching Benjamin Netanyahu’s speech before Congress at 10:45 am EST this morning (Tuesday, March 3). I am not the first to note the eerie similarities between Bibi before Congress, and Esther before Ahasuerus (go read Esther – it is short).

First of all is the situation – the occasion of the speech is an imminent US nuclear deal with Iran. Iran — the same Iran that is exporting terrorism to five continents, and has threatened repeatedly to wipe Israel as a nation off the map. Israel works hard enough already to maintain its security in the face of that threat. With nuclear weapons, however, Iran would have the means to make the threat that much more of a reality. So the situation, we find, is the threat of the annihilation of the Jewish people – the same threat that prompted Esther to act.

Secondly, is the place – Iran is the modern day name for the ancient nation of Persia. Ahasuerus was Esther’s husband, the king of Persia, who was manipulated into signing the annihilation order.

Thirdly, are the players – the lead instigator in the destruction of the Jews was Haman, a descendant of Amalek. Of Amalek, we read: “Because the Lord has sworn: theLord will have war with Amalek from generation to generation,” (Exo 17:16). Amalek is a type of antichrist in Scripture. Meanwhile Mordecai, Esther’s uncle who uncovered the plot against the Jews, was of the tribe of Benjamin. And it is ‘Bejanmin’ who is going before Congress to plead Israel’s case.

Lastly is the timing – Purim begins tomorrow and goes through Thursday. Purim is the national holiday celebrated every year, in which the Jews remember their victory over their enemies, which Esther’s invention wrought.

These things may seem like coincidences to us, but anything having to do with the nation of Israel is often a modern day parable speaking of biblical truths. Pray for Bibi’s success with me!