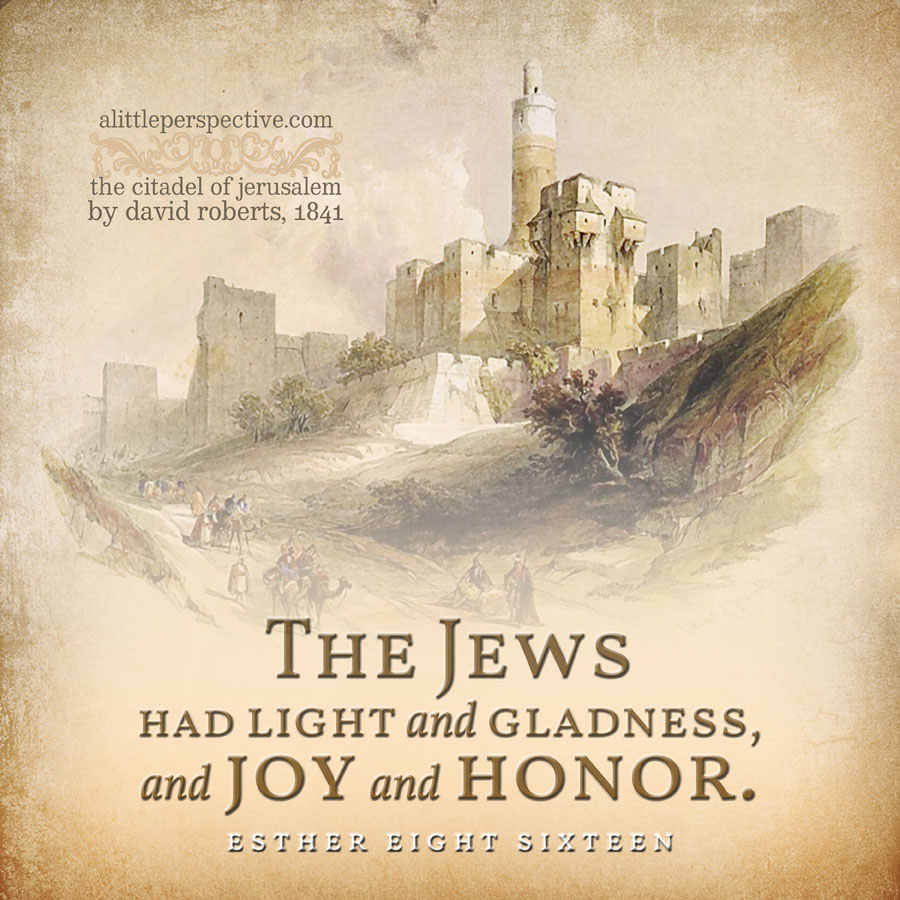 Read Esther 7 through 10 at Bible Gateway.

This plot of Haman’s against the Jews, and the exposing of the plot, had an interesting side effect:

Then many of the people of the land became Jews, because fear of the Jews fell upon them. Est 8:11

Darius the Great ruled over 127 provinces from India to Ethiopia. Peoples from all the nations of the known world, in other words, joined themselves to the God of Abraham, Isaac, and Jacob, and joined themselves to the people of God, when it became known that the Jews would receive deliverance. The Torah was intended from the first to explain righteousness to the nations, for from the beginning, God’s Law was to apply not only to the physical descendants of Abraham, Isaac, and Jacob, but also to all from the nations who would join themselves to Abraham’s God (Exo 12:49, Num 15:29, Eze 47:22).

Please note that biological descent is not the determining factor on who is or is not of the people of God. Many in Esther’s day converted to Judaism. That means that there may very well have been some who returned to Judea before the advent of Messiah Yeshua, practicing Jews, who were not a biological descendant of Abraham, Isaac, and Jacob. This is how we have an Ethiopian eunuch studying the Hebrew Scripture in the desert, to whom the Spirit sends Philip (Act 8:26-40).

Dig deeper: Who are the children of Israel?

Now if the book of Esther is history that prophesies, as I believe it is, we are seeing that a great annihilation of the Jews will be planned, but that resurrection life will blossom instead of death. The perpetrators, the antimessiah, will be killed instead, and a great deliverance and victory for God’s people will come forth. In the course of these events, peoples from the nations will come and join themselves to the God of Abraham, Isaac, and Jacob, and the people of God: native- born, and non-native alike, will have light and gladness, and joy and honor.

I believe the prophecy may have been fulfilled through the Holocaust and subsequent establishment of a “reborn” nation of Israel, for after these events, the Gentiles of the nations began to join themselves to the God of Abraham, Isaac, and Jacob. But even if that is not the proper identification, God will triumph, and He will once again cause His mighty right arm to be bared in the sight of all the nations, and they will know that YHVH is God. His people will be preserved in the midst of it, and I believe a great revival will accompany these events, and a great multitude from the nations will come to faith!

Dig deeper: Esther in the chiastic structure of the Hebrew Scriptures