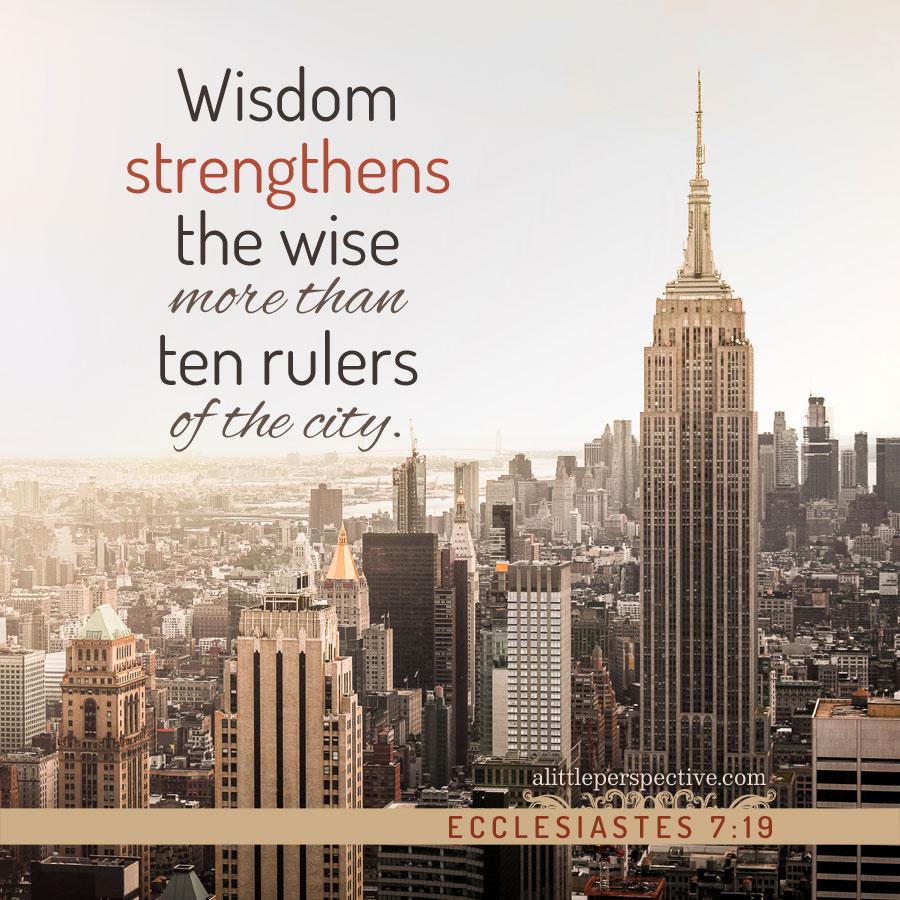 Solomon was the wisest, the richest, the most powerful king who ever lived. He had 700 wives, all princesses of foreign rulers, and everything men strive after. But he realized, it was all for nothing, because his end was death as was the end of all mankind. He realized, nothing HE did, from all his resources, might, or wisdom,  would survive him. Even the beautiful Temple he built only lasted about 400 years before it was destroyed by the Babylonians.

So what is the point of life? That is what Solomon is asking. He spent his life testing what would profit a man. And he says in Ecc 7:23 that at the end of everything the answer was far from him. (Although Jesus revealed to us what would profit a man, but before Jesus, these things were a mystery, hidden, and no one could search them out). What Solomon has learned, is that the getting of whatever it is that men try to get is fruitless. The things the world pursues are not the point of life!

This wisdom is in the Bible and yet few people know it, that pursuing wealth or fame or power or reputation or pleasure or even knowledge is a waste of a life. Few Christians even know it, because there are so many Christians that pursue the same things the world pursues, and spend their time and their resources on those things which Solomon discovered to be vanity.

I find it interesting that he wrote that out of a thousand men, he found ONE who was wise or worthy. But out of a thousand women, he did not find even one. Solomon had 700 wives and 300 concubines, so that is 1000 women. Kind of a sad commentary, isn’t it? I have a feeling it was the kind of woman he would have likely been paired with –  princesses of foreign kings, i.e. Gentile or pagan, first of all, and maybe spoiled or pampered on top of it. Probably all were very beautiful, and it can be hard to find a very beautiful woman who has not learned to use her beauty to get what she wants, i.e. whose heart is full of nets and snares. No wonder Solomon wrote, in Pro 31, that charm is deceitful and beauty is fleeting, but a woman who fears the Lord is to be praised.

Indeed, there is not a righteous man on earth who continually does good and who never sins. Ecc 7:20

The New Testament puts it this way: all have sinned, and come short of the glory of God (Rom 3:23). All are in need of a Savior.