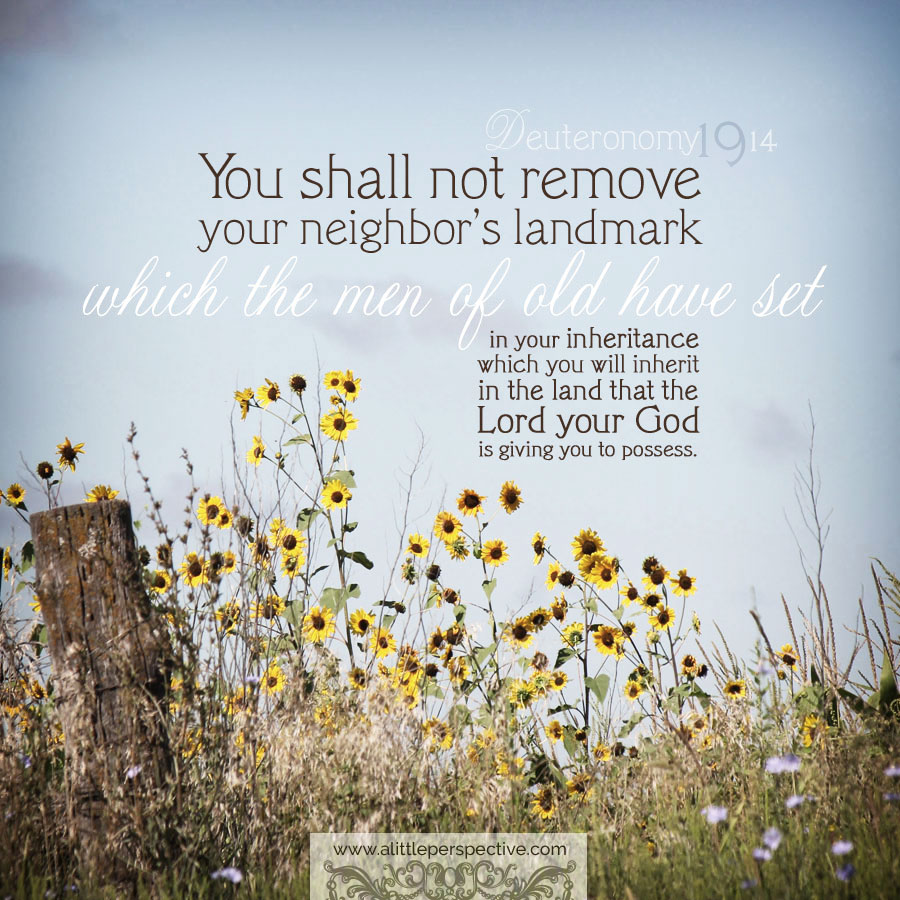 Read Deuteronomy 19 and 20 at Bible Gateway.

I believe we have left the explanation of the 5th commandment, Honor father and mother (and by extension, Honor God’s authority that He has delegated), and have moved to the 6th commandment, Do not murder. The command is murder not, not kill not. If someone is trying to kill you, you may have to kill them in self-defense. That killing is not murder. If a murderer murders someone, and appears before the judge, God’s command is to atone for the murder with the blood of the murderer. That killing as a capital punishment in the case of a capital crime is not murder. So then what do these paragraphs have to do with murder? Let us restate them:

Here is the chiastic structure for Do not commit murder:

central axis) Deu 19:14 {s} Do not remove the ancient boundaries which the men of old have set;

I borrowed from Deu chapter 21 to complete the structure. But what does the central axis have to do with murder? Beloved, Torah is the ancient boundary stone. These are the laws which the men of old have set, under the direction and instruction of Almighty God. This is the wisdom of God which describes justice. Some have called this Natural Law, the Law of Nature and of Nature’s God.