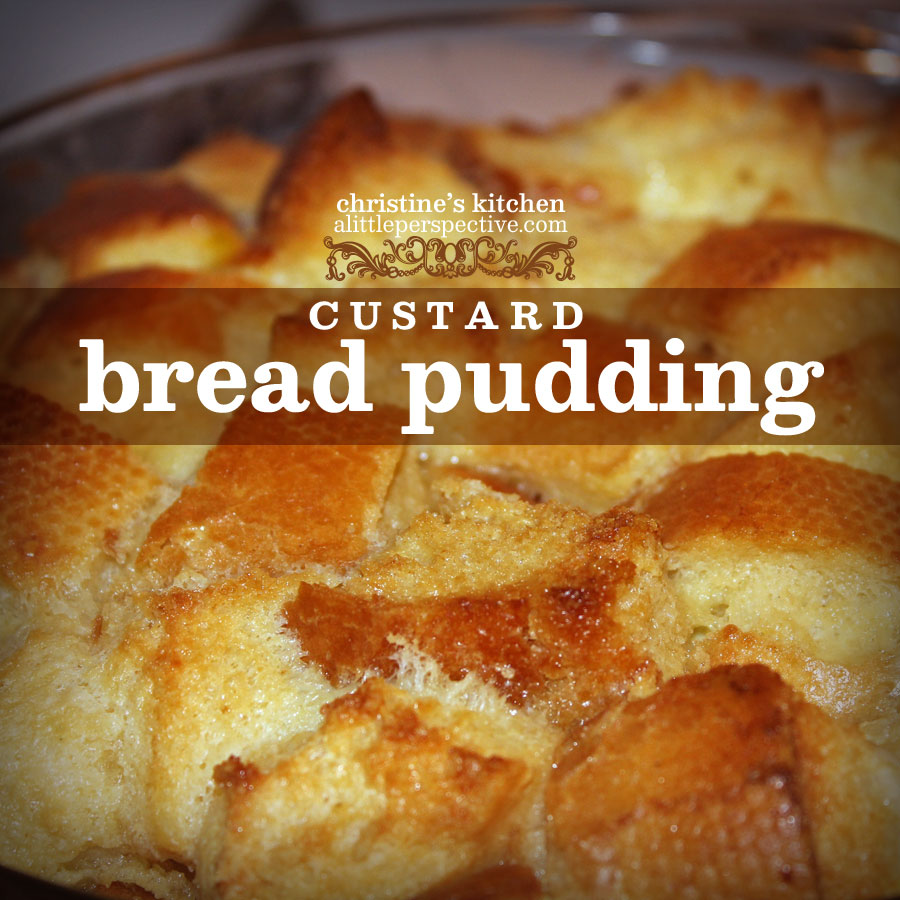 Toss the bread with melted butter. Prepare the custard, omitting the butter step. Pour the custard over the bread. Bake the bread pudding in a pan of water (or over a pan of water on the bottom rack) in a 325 oven for 1-3/4 hours or until done. Serve warm with cream and maple syrup, or fresh fruit set with a little sugar. Happy birthday, Michael!

Gluten restrictions: use gluten-free bread instead of wheat bread.

Prepare as directed, with these variations to the custard. Use brown sugar, and double the amount, omitting the orange peel, and add 2 tsp cinnamon to the custard (keep the nutmeg). Peel, core, and dice 2 apples, and stir the apples into the bread pudding after the custard has been added. Bake as directed.

Prepare as directed with these variations to the custard. Use brown sugar, and double the amount, omitting the orange peel. Add 1 can pumpkin, 1 T pumpkin pie spice, and 1 tsp cinnamon to the custard (keep the nutmeg). Add the custard to the bread, and bake as directed.

When I make bread pudding in my sister’s white ceramic casserole dish, I make 1-1/2 times the custard, use 3 apples + 1 T cinnamon for the apple variation, and 2 cans of pumpkin, 2 T pumpkin pie spice, and 2 tsp cinnamon for the pumpkin variation.

Also on the tenth day of this seventh month shall

It is a righteous thing with God to repay afflicti