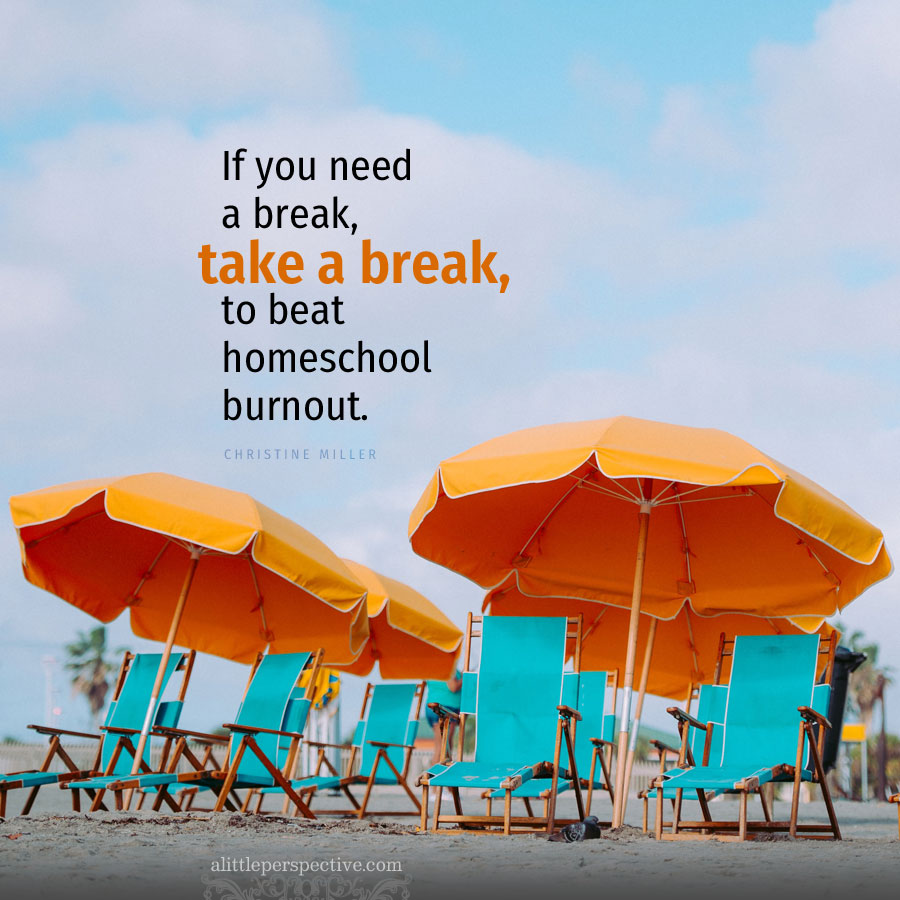 If you need a break, take a break.

The second thing I did to avoid homeschool burnout was to schedule regular breaks. These were not one day off here and there, like the public schools do. That was not enough time for me. We operated on a six week on, one week off schedule until we had completed 36 weeks of school per year. I figured the six to one ratio was biblical, so there was something to it, LOL.

For six weeks, we schooled Monday through Friday, no days off, to keep the momentum going. Then, the seventh week was an entire week off. This means that when we closed our books on the sixth Friday, we had nine whole days off with no schooling! For the first few days I didn’t even think of school – I caught up laundry and housework, we planned a fun day to the zoo or to visit grandparents, and then, on the 4th or 5th day, I would start spending a few hours a day catching up grading and lesson planning for the next six week block.

It really worked, because along about 4 1/2 weeks in of a six week block, when you are tired and the laundry is starting to pile up, you can tell yourself you only have to go for one more week! There is light at the end of the tunnel; you are not faced with three or four months of piled up laundry and backed up grading, which would discourage anyone.