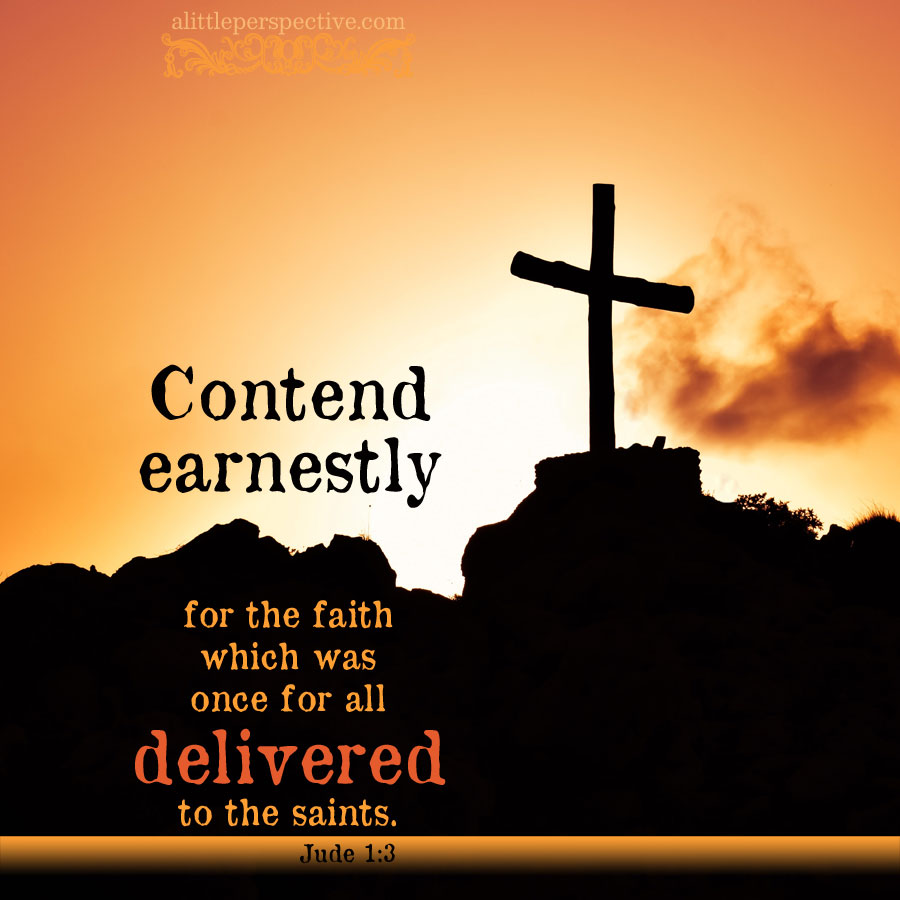 Nearly two weeks ago, Answers in Genesis, a ministry I love, promote, financially support, and am blessed by, posted The Dangers of the Hebrew Roots Movement. Please read the previous posts in the series, as I am answering the allegations one by one.

Fundamentally, the HRM [Hebrew Roots Movement] teaches that many modern Christian beliefs and practices were introduced to the church by pagan Greeks.

I would dispute that this is a fundamental teaching of Hebrew Roots. Rather, the most fundamental point is the two house theology presented in this earlier post. But this is a supporting point for the allegation that the Hebrew Roots Movement is dangerous. I think it would only be dangerous if it were untrue, if there weren’t practices that were introduced to the church by paganism. Is it untrue?

In fact, this understanding, that some Christian practices were introduced into the church by Greek paganism, is as old as the Christian church, a danger warned of by many who could in no way be accused of being a part of “Hebrew Roots.” 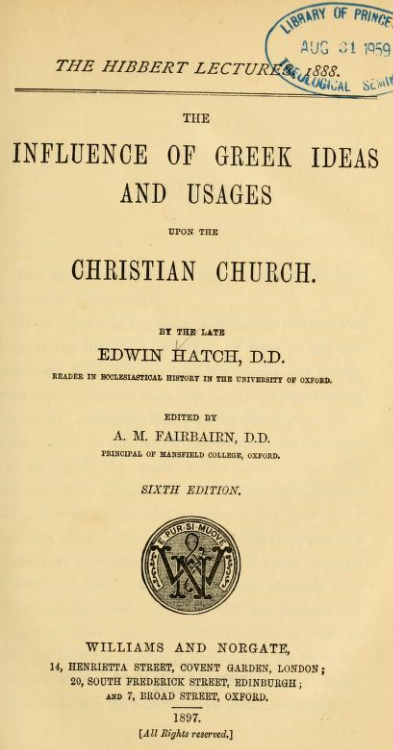 First let’s look at Dr. Edwin Hatch, Reader in Ecclesiastical History for Oxford University, 1884-1888. Dr. Hatch predates the modern Hebrew Roots movement. Dr. Hatch’s most famous work is The Concordance to the Septuagint, still in print today and a staple of every serious theologian’s bookshelf. Being expert in Greek as well as Church history, he had, before his death, given a serious of lectures about Greek influence on the church, and had written out his lecture notes for publication. These were published posthumously as The Influence of Greek Ideas and Usages on the Christian Church. You can read the book for yourself, which includes his sources and citations.

“It is impossible for anyone, whether he be a student of history or no, to fail to notice a difference of both form and content between the Sermon on the Mount and the Nicene Creed.  … The one belongs to a world of Syrian peasants, the other to a world of Greek philosophers.

Dr. Hatch goes on to document the shift of the permanent change in religious belief that followed: that the roots of the Gospel as we have it in Matthew, Mark, Luke, and John, were in Hebraic faith, while the roots of fourth century Christianity were in Hellenism (Greek culture). He expounds on the influence of the Greek philosophical schools on the Church Fathers to the fourth century; the rise of the Alexandrian and Gnostic schools within the church; and the roles of allegory and mysticism in interpreting Scripture. He discusses the fusion of the ideas of Christian philosophy, with its Hebraic root, with Greek philosophy, with its Hellenic root, facilitated by the original Roman Catholic church of the fourth century.

The Tenth Lecture is particularly interesting: THE INFLUENCE OF THE MYSTERIES UPON CHRISTIAN USAGES, talking about the Greek (i.e. pagan) mystery cults. The Twelfth and final Lecture is on THE TRANSFORMATION OF THE BASIS OF CHRISTIAN UNION: DOCTRINE IN THE PLACE OF CONDUCT. He explains that the emphasis of the Hebraic faith is two-fold, that of trust placed in a Person, and righteous conduct flowing from that trust; while the emphasis of the Greek-influenced faith is in proper intellectual conviction, i.e. knowing the right doctrine. He devotes a section of the lectures to the Greek spirit which is still alive in modern society and the modern Christian church (pgs. 169-170 and 349 to the end of the book).

Before Dr. Hatch, there was the Scottish minister Alexander Hislop, who authored The Two Babylons, or the Papal Worship Proved to be the Worship of Nimrod and His Wife, first published in 1853.

“He believed that Roman Catholic religious practices [stemmed from] pagan practices grafted onto true Christianity during the reign of Constantine.”

It is conventional in some circles to dismiss Hislop as unreliable. However, he is only unreliable if his sources and the citations he makes from them are unreliable. Before you dismiss him, please consider that Hislop footnotes and documents his information extensively from classical Greek and Latin sources, which were independently verified by Edward Joshua Cooper of Markree Castle, Ireland, who passed away in 1863, ten years after the first edition of Hislop’s book was published. Cooper was a distinguished scholar and astronomer, the author of his own works on astronomy, a fellow of the Royal Society, of the Royal Astronomical Society, and a member of the Royal Irish Academy, as well as a member of Parliament for many years. He was a sincere Christian who, in his private time, personally examined 260 works cited in Hislop’s footnotes in the original Greek and Latin and confirmed their accuracy.

Back in December of 2006, I asked that if Hislop’s assertion is false and without basis in history or precedent — that certain traditions received from the Roman Church had been infected with paganism — then why did the Puritans who immigrated to America beginning in 1620 forbid the keeping of certain Roman church traditions as pagan 200 years before Hislop was born? No one has answered this question yet, to my knowledge.

Before Hislop, there were a score of Protestant theologians from the mid-sixteenth through nineteenth centuries who wrote on certain pagan corruptions present in the Roman Christian church, the only authorized Christian church from the fourth through the mid-sixteenth centuries. The Protestant Reformation did not excise all of the practices received from Rome.

To say that the idea that some Christian traditions are connected with paganism is an entirely new and dangerous belief foisted upon the church by the Hebrew Roots Movement ignores the clear scholarship in this field literally going back centuries.

This is why they generally do not like to be identified as Christians.

Like other sweeping blanket statements made in this article, this does not apply to a majority of believers of my acquaintance. If any clarification is made upon the identification of Christian, it is not to diminish a belief or trust in Jesus Christ as Lord and Savior, but to indicate a change in practice from traditional Christian habits, such as Sunday rest (most traditional Christians do not even rest on Sunday anymore, to be honest) to Sabbath rest, for example.

Instead, they believe that they need to recover the first century Hebrew roots of Christianity.

Again, I am completely mystified as to the danger here, and the author does not explain it at all. If the faith and practice that we have received from the apostles has been diluted or tarnished or diminished, then why not recover it? Answers in Genesis defends the Bible from the very first verse, but here implies that the church practice in the first century epistles of the New Testament to be a danger. Please help me understand what is so dangerous about first century Christianity?

Beloved, while I was very diligent to write to you concerning our common salvation, I found it necessary to write to you exhorting you to contend earnestly for the faith which was once for all delivered to the saints. Jude 1:3

on the two babylons: a review of its critics
the babylon connection