You are here: Home / Perspective / christianity / answering answers in genesis, part one 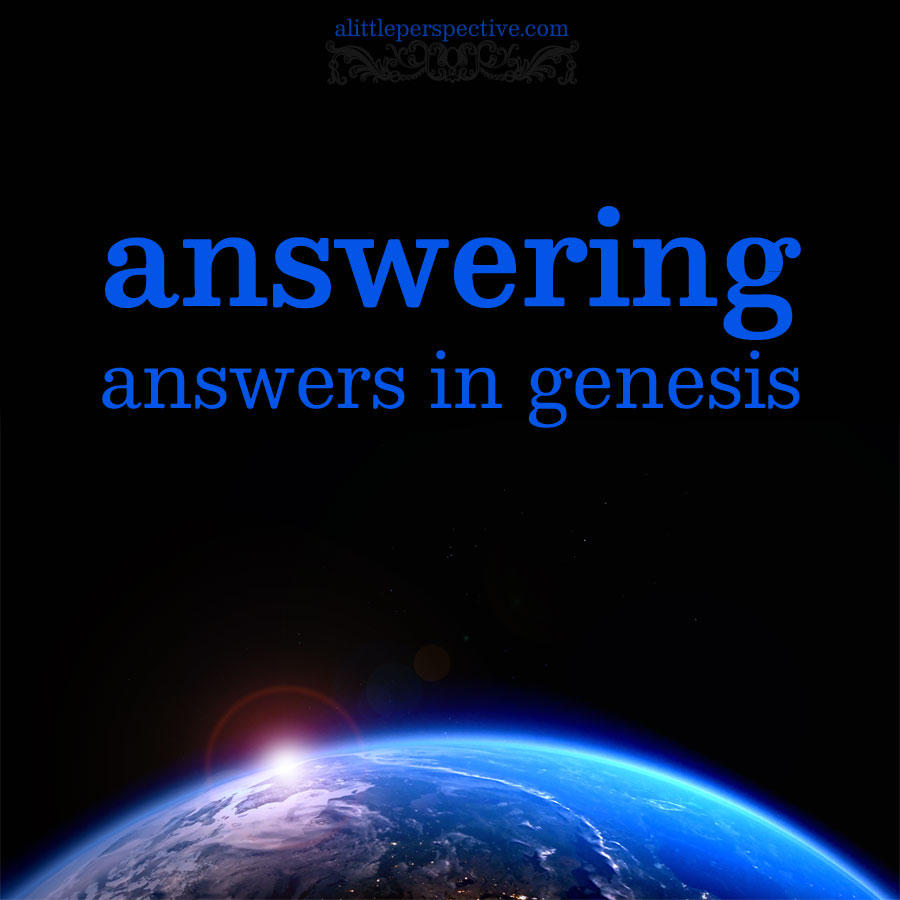 A few days ago, Answers in Genesis, a ministry I love, promote, financially support, and am blessed by, posted The Dangers of the Hebrew Roots Movement.

Now, I am a Hebrew Roots believer. If the caricature of the Hebrew Roots movement as presented by AiG existed in practice, I would call it dangerous, too. However, as most of the dangers the article raises are based on misunderstanding, something which can be clearly shown in that I have addressed each of the points raised as long as ten years ago, and others have addressed the same points long before that, I think just a simple clarification of each point will suffice. This will be a multi-part series as there is far too much to cover in one post.

Broadly speaking, followers of the HRM [Hebrew Roots Movement] believe that Christians are obligated to follow Jewish laws and practices from the books of Moses.

I would venture to say there is not a concept akin to “heresy” within Jewish faith and practice, because without the Temple or the priesthood, there is no single authority. Thus, the ever-changing debate among the rabbis is the faith standard.

Rabbinic Judaism, to cite one example, celebrates the commanded feast days according to the rabbinic calendar, and not according to the calendar guidelines set in Scripture. This practice arose because after the dispersion of the Jews from Israel following the Temple destruction, the Jews in far off lands could not learn in a timely manner when the new moon was sighted in Israel. The sighting of the new moon, in olden days, determined the first day of the month, the foundation for the Biblical calendar upon which the feast day system rests.

One of the rabbis developed a calendar based on mathematical calculations, so that any congregation anywhere in the world could celebrate the feast days on the same day. Sometimes the calculated or rabbinical calendar is in sync with the Biblical calendar, and other times it is not. However, it is the most common calendar in use in Jewish faith and practice today.

In juxtaposition to this are the Karaite Jews, who take Scripture alone for their faith and practice and do not deviate from it. They are very alike the Reformed Protestants in their cry of “Sola Scriptura” or Scripture Alone. They differ from Rabbinic faith and practice in many ways. In our example above, they sight the new moon to determine the first day of the month, just as was done in Biblical times according to Scripture. Often their feast day celebrations are a day or two off (or sometimes a whole month off) of Rabbinic celebrations.

When a Gentile speaks of “Jewish” faith and practice, he is often referring solely to Rabbinic faith and practice, which does differ from Scriptural commands in some instances. While Rabbinic Judaism is the most commonly practiced form of Judaism, it does not speak for everyone. At last count there were eleven different calendars in use in the broad brush of Judaism to determine feast days, and possibly even more among Hebrew Roots believers.

Do Hebrew Roots believers advocate that Christians follow “Jewish” faith and practices, now that we know there is a wide variation among those practices? There might be some who do this, and they argue among themselves as to which Jewish faith and practice to follow. But most I personally know, and most Hebrew Roots teachers I personally know, seek to follow Scripture.

More: The righteousness that is of faith.