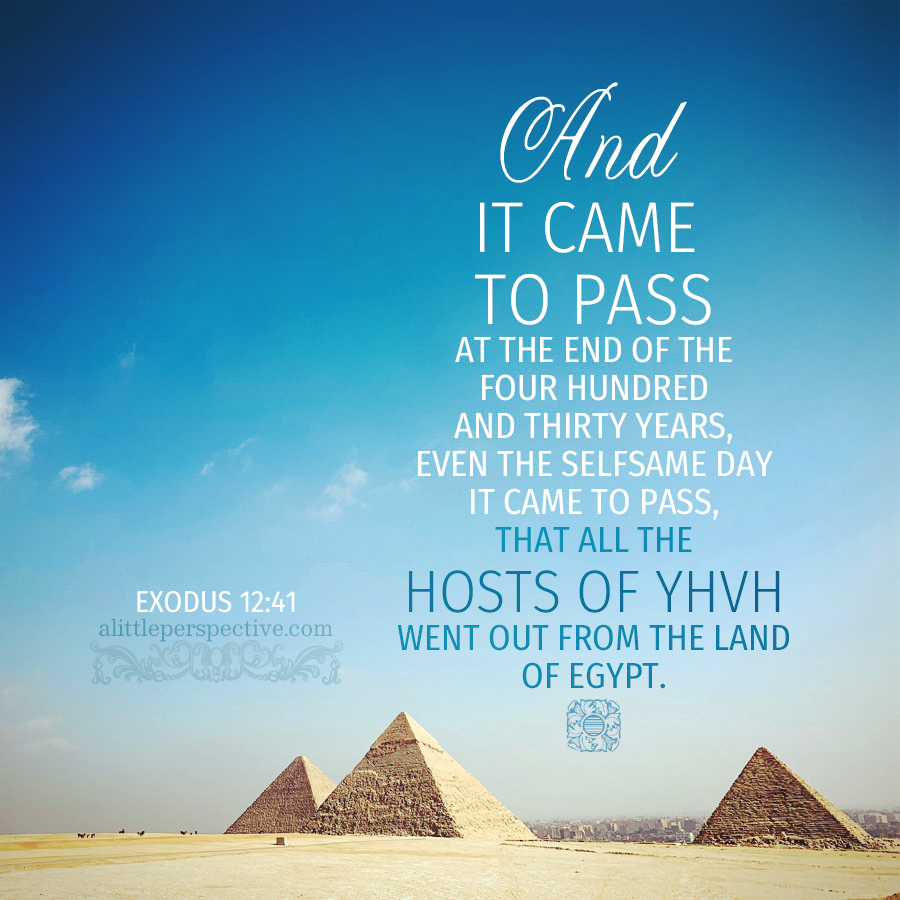 There were 430 years from Abram’s 75th year when he entered Canaan, to the Exodus (Exo 12:40-41, see Biblical Chronology Question for a detailed analysis).

Brethren, I speak in the manner of men: Though it is only a man’s covenant, yet if it is confirmed, no one annuls or adds to it. 16 Now to Abraham and his Seed were the promises made. He does not say, “And to seeds,” as of many, but as of one, “And to your Seed,” who is Christ. 17 And this I say, that the law, which was four hundred and thirty years later, cannot annul the covenant that was confirmed before by God in Christ, that it should make the promise of no effect. 18 For if the inheritance is of the law, it is no longer of promise; but God gave it to Abraham by promise. Gal 3:15-18

The accurate history recorded in Scripture simply explodes the exaggerated years of Manetho, and corrects the erroneous Egyptian chronology, which even Bible believers have compromised with.

« Exodus 4
A Testimony from Pithom »