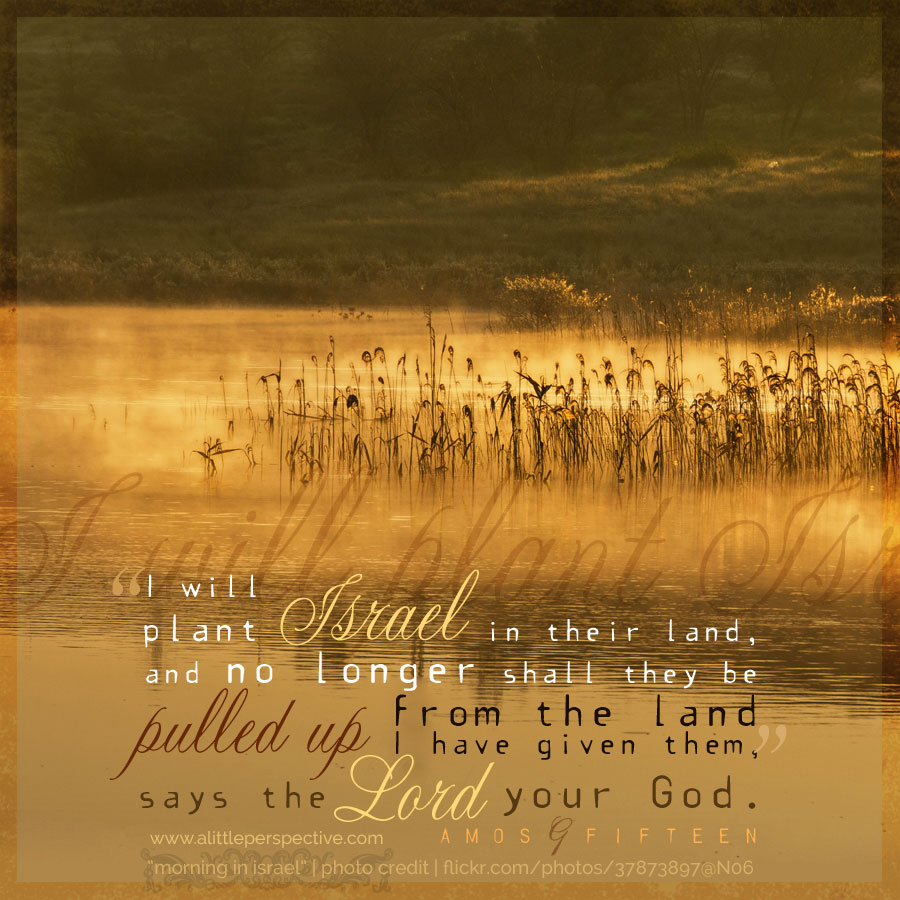 Amo 7:1-6 {p} Destruction by locust + fire, but the Lord relented from them at the cry of Amos
Amo 7:7-9 {s} The plumb line in the midst of Israel: destruction for her high places + house of Jeroboam
Amo 7:10-11 {s} Amaziah priest of Bethel sent to Jeroboam the king: Amos has conspired against you
Amo 7:12-17 {p} Amaziah sent Amos away: the end of Amaziah’s house + Israel taken captive from their land
Amo 8:1-3 {p} The vision of summer fruit: the end of the kingdom of Israel
Amo 8:4-8 {p} The sin of Israel: increasing wealth by deceit + oppressing the poor
Amo 8:9-10 {p} The day will be a day of darkness, mourning, lamentation
Amo 8:11-14 {s} The day of famine in the land for the word of the Lord
Amo 9:1-12 {p} Israel shall go into captivity yet He will not utterly destroy them/ the tabernacle of David restored
Amo 9:13-15 {p} I will bring back the captives of Israel + plant them in their land

The book of Amos makes an amazing chiastic structure. I have parts of it finished, but am not wise enough to complete it.

Amos prophesied ruin and captivity upon Israel, for her sins of idolatry, coveting material gain at the expense of the poor, and holding to a form of godliness while denying its power. Israel celebrated new moons and sabbath days, outwardly, and could not wait for them to be over so they could open their businesses again (Amo 8:5). They mixed elements of the LORD’s worship that they learned from Moses, with the pagan worship of their golden calves that the first Jeroboam established in Bethel and Dan.

When Amos was told to go home to Judah, and prophesy no more at Bethel of the death of the king and the captivity of Israel, the LORD decreed (since Israel despised hearing the word of the LORD) that the days were coming, when there would be a famine of hearing the word of the LORD, and the people would seek for it diligently but not find it (Amo 8:11-12). In fact, this happened, as there was a four hundred year period in between the last Old Testament prophet, Malachi, and the birth of Jesus, the Living Word, where there was no prophet in Israel.

But notice how wonderfully the LORD ended that famine: He came Himself, the Living Word incarnate, in Jesus our Lord!

The prophesied captivity of Israel came to pass. The day of the LORD which Amos was speaking of, came, in the day that Assyria conquered Israel and took her people captive to the East, beyond Damascus. The Assyrians actually settled them in territory belonging to the ancient kingdom of Media, it is believed. The Assyrians likewise put other, conquered, peoples in the land of Israel. In this way they were hoping to prevent future rebellions, by sowing the land with those who were loyal to Assyria. (The newcomers mixed with the one-tenth of the Israelites whom the Assyrians left, and their descendants became the Samaritans).

But even in the captivity of Israel, the LORD was doing some sowing of His own:

“For surely I will command, and will sift the house of Israel among all nations, as grain is sifted in a sieve; yet not the smallest grain shall fall to the ground.” Amo 9:9

All nations rebelled against the LORD at Babel, and it is from Babel that the pagan idolatry came. The LORD made a single nation out of Abraham, the only nation on the face of the earth that worshiped the LORD and preserved the true history of the world. The enemy’s plan was to corrupt that single nation also, to destroy the worship and knowledge of YHVH in the earth. Because of it, Israel went away captive because of her sins of forsaking the LORD. From Media, eastward beyond Damascus, beyond the Euphrates, Israel was dispersed among all the nations, scattered to the four corners, sifted among them like wheat is sifted in a sieve and not returned.

What part of the plant is the wheat that men sift in a sieve? It is the seed. God sowed the seed of Israel among every nation of the earth. Seeds, when the right conditions are met, sprout and grow, and produce more seeds, which sprout and grow. God promised that He would watch over His seed, that not a single one of them would fall to the ground. He is going to sow His worship, and the knowledge of who He is, among every nation on the earth, and cause it grow, until every nation has come into a covenant with Him, through His covenant nation of Israel, in Israel’s Messiah Yeshua.

But Israel had forsaken the LORD and forgotten Him! Yes, for now. But when the right conditions are met, the seeds will sprout and grow. The LORD is the Master of causing the right conditions to be met at the right time, even using what the enemy means for evil, to bring about His own plans and purposes.

The book of Amos concludes with the beautiful picture of Israel restored as a land flowing with milk and honey; of her people restored to God, and restored to their land, who will never again by plucked out. And it is happening in our days. The house of Judah (the Jews) have come up first. The house of Israel will follow, from every nation. The day is soon upon us!

This is one reason to give praise and thanksgiving to YHVH in every circumstance we face, even the worst circumstances, even when things look like destruction and loss! Because sometimes what looks bad to us might even be a necessary stepping stone toward a glorious future and fulfillment that the LORD has in mind! We can trust our great Good Shepherd, who does not let a single grain of wheat fall to the ground!