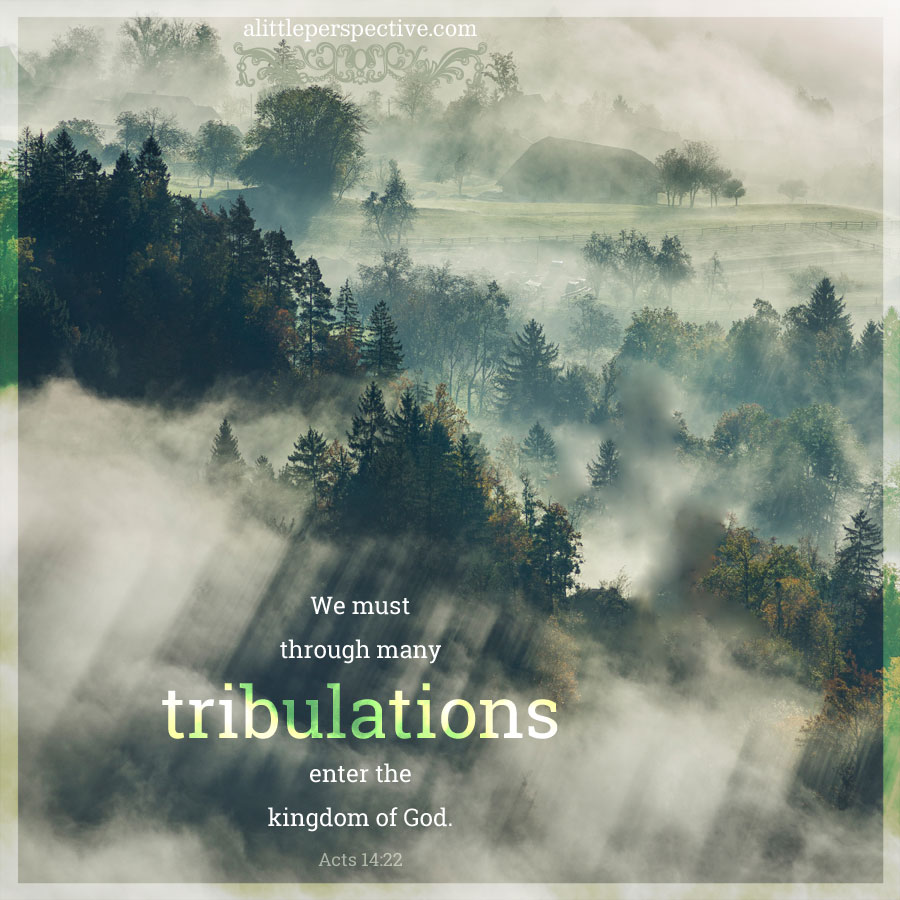 The chiastic structure eluded me this morning, and I have a feeling when it is uncovered, it will end up covering multiple chapters.

In this chapter Paul and Barnabas finish their first missionary journey as they go from city to city preaching the Good News, God bearing witness with them that what they were preaching was the true Word of God, because signs and wonders were done in every place by their hands. We see the same dynamic at work here as before: that they tended to stay in one spot a long time, but when persecution arose against them, they were driven to the next city.

The persecution got so bad that one city stoned Paul, drug him out and left him for dead. Maybe he was dead. But when the disciples gathered around him, he got up and went back to the city to find Barnabas, apparently none the worse for wear. When God raises the dead, what fear do we have of persecution? They can kill or maim the body, but God can raise the body and heal the body, and we see Him doing it in Acts. ?

So this is what jumped out at me today: “We must through many tribulations enter the kingdom of God.” What does this mean?

I believe for the first century Christians, and maybe this is a Hebraic way of thinking that we have not been familiar with, that entering the kingdom of God was an ongoing process, not a one- time event completed with a sinner’s prayer. My pastor in Colorado used to say, that a one- time decision does not a disciple make. A disciple must make the decision every day to walk in a manner worthy of the Lord. To take up his cross and follow Jesus, no turning back, no turning back. In the modern Church, we tend to see people “get saved” at crusades, but what happens to those people after that night? Someone was telling me that according to a recent Barna research poll, 2% of the people who go up at a crusade or an evangelistic meeting and say a sinner’s prayer, actually end up staying in the church and growing as a believer.

So I believe Paul is saying is that entering the kingdom of God, where Jesus is King in our hearts and in our households (a kingdom has a king, who has the right and responsibility to give commands, and see his subjects obey him — if they do not, they make themselves outlaws, outside the law), ought to be a way of life, a way of walking as a disciple, and it does not end with a sinner’s prayer.

The second part of his saying is that this entering occurs through many tribulations. What does he mean by that? I think it is this: Every person, once they come to know Jesus, goes through situations in their new life where they have to make a choice: do I go God’s way or the world’s way? There is that daily decision again! Sometimes going God’s way means tribulations come with it. Paul could have meekly shut up once the unbelieving Jews rose up, and tribulation would not have happened to him. But because he determined to fulfill God’s call for his life, he was stoned and left for dead. By walking out his life as an uncompromising believer, he was entering the kingdom of God through many tribulations.

Maybe waking out our life as a believer will not get us stoned in this day and age. But it might get us rejected, ridiculed, or at the very least, cause us some momentary discomfort while we resist the temptation the flesh wants us to engage in. But,