You are here: Home / Perspective / america and nation / abraham lincoln and charles darwin 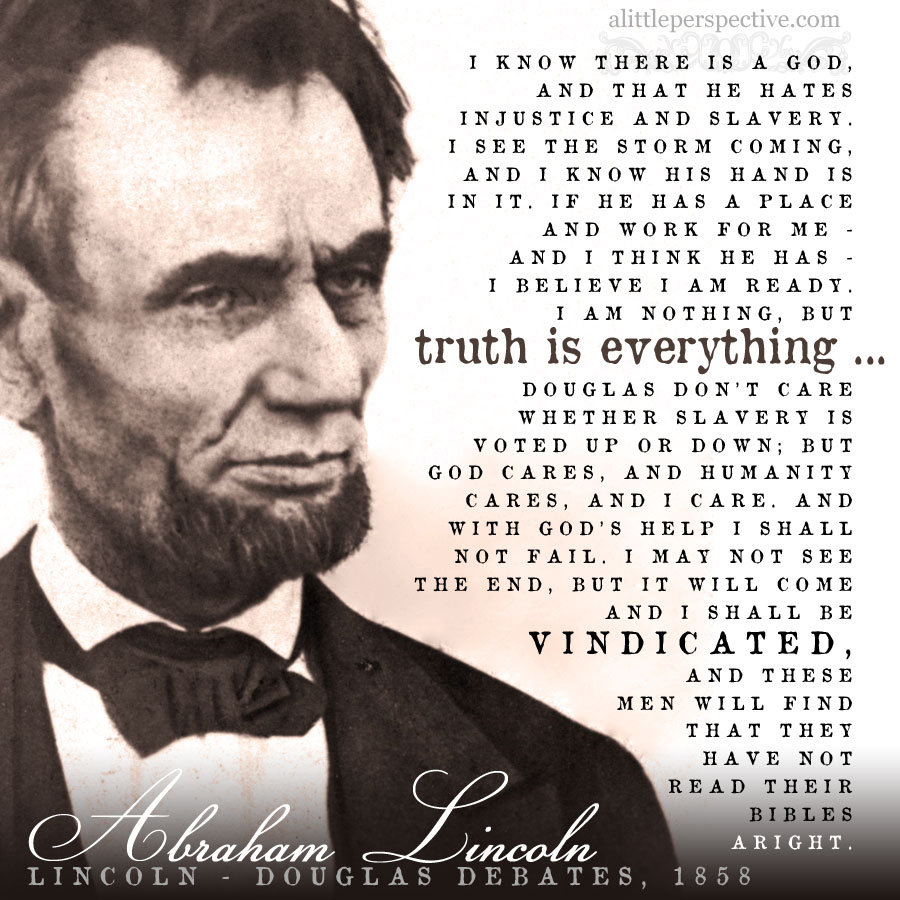 They were of the same generation, and shared this in common: today, Feb 12, is the birthday of both men. Abraham Lincoln, however, renewed the nation’s trust and reliance on a holy God during its most difficult days, while Charles Darwin caused the world to doubt the holy God.

In fact, at a time when the world had received Darwin’s teaching that superior races existed, and the Black man was the lowest on the hierarchy of races, which encouraged men to continue to enslave him, Abraham Lincoln used the entire power of the United States at his disposal, to set the Black man free from the oppression enforced on him by others.

From The Story of the Great Republic:

Still, there were also many others who insisted that it was only right that black men should serve white men. This queer idea, very popular just then, began because it was thus that some people interpreted a certain passage in the Bible. Then, just as the position that this could not be the correct interpretation was gaining ground, an English naturalist, Charles Dar´win, at about this time published a book which made a great sensation, and was talked about everywhere (1859). On the Origin of Species by Means of Natural Selection, or the Preservation of Favoured Races in the Struggle for Life made the notion that some races were favored above others seem scientific, and thus right, even though it was so contrary to that enshrined in the Declaration of Independence that “all men are created equal.” Chapter XXXIII, The Underground Railroad.

Lincoln never pretended to be either wise or clever, but his life motto was “to do his level best,” and he manfully put it into practice. He did not like to hear all the quarreling that was going on, and always did all he could to stop it. But when he thought a thing right, he could be very firm; and once, after some ministers tried to convince him, by quoting Bible texts, that slavery was not wrong, he cried:

“I know there is a God, and that He hates injustice and slavery. I see the storm coming, and I know His hand is in it. If He has a place and work for me—and I think He has—I believe I am ready. I am nothing, but truth is everything. … Douglas don’t care whether slavery is voted up or down; but God cares, and humanity cares, and I care, and with God’s help I shall not fail. I may not see the end, but it will come, and I shall be vindicated, and these men will find that they have not read their Bibles aright.” Chapter XXXVI, Lincoln’s Youth