You are here: Home / Perspective / history / A Testimony from Pithom 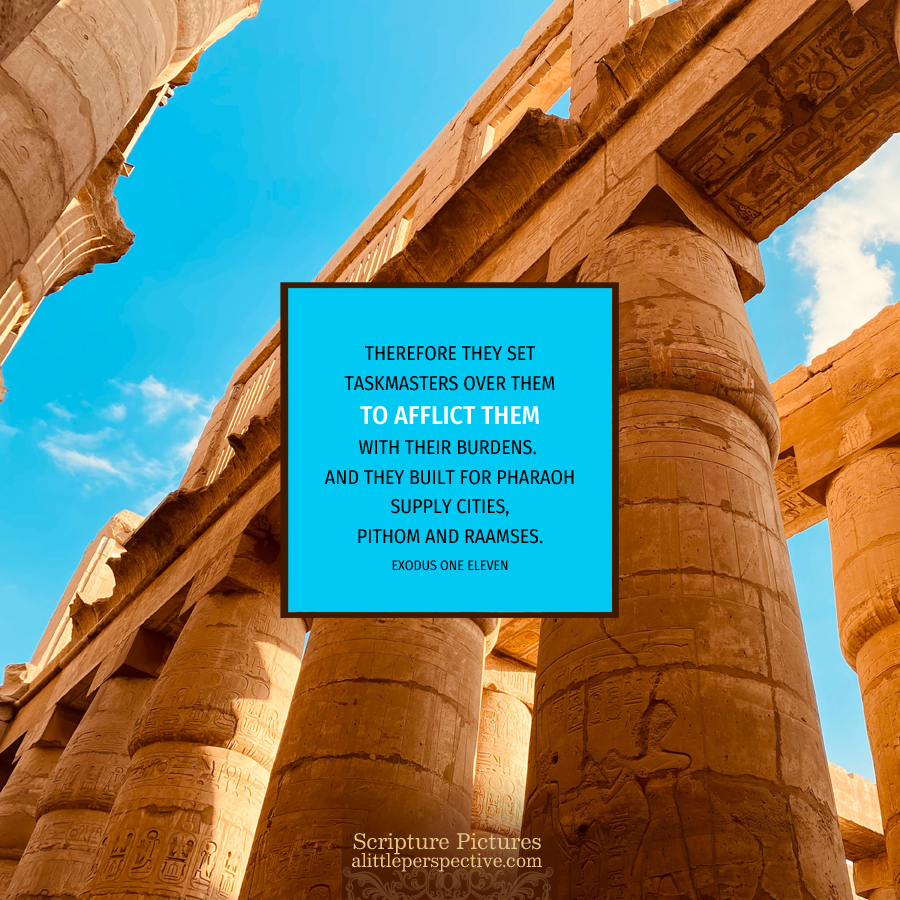 Therefore they set taskmasters over them to afflict them with their burdens. And they built for Pharaoh supply cities, Pithom and Raamses. Exo 1:11

“The Oppression culminated,” says Professor Sayce, “in the long reign of Rameses II, for whom the Israelites built the cities of Ramses and Pithom (Exo 1: 11). Ramses or Raamses was the name given to Zoan or Tanis, the old capital of the Hyksos, after its reconstruction by Ramses, and the city of Pithom was discovered in 1911 in the mounds of Tel-el-Maskhuta near Tel-el-Kebir. Inscriptions found on the spot show that it was built by Ramses II as a storehouse for corn or treasure. It contains store chambers strongly constructed, and divided by partition walls as much as 8 or 10 feet thick.”

The bricks are sun-baked, some mixed with straw and others not. They may be seen today in the Museum at Cairo, where the visitor is also shown the mummies of Seti I, Ramses I, Ramses II (the supposed Pharaoh of the Oppression) and Merenptah (the supposed Pharaoh of the Exodus). The bricks were discovered by M. Ernest Naville, who regards the strawless bricks as the work of the Israelites to whom Pharaoh said, “I will not give you straw;” (Exo 5:10). If Ramses II was the Pharaoh of the Oppression, the Pharaoh of the Exodus must have been his son Merenptah whose reign was of short duration and full of disaster.