You are here: Home / Perspective / education / a tale of two young people 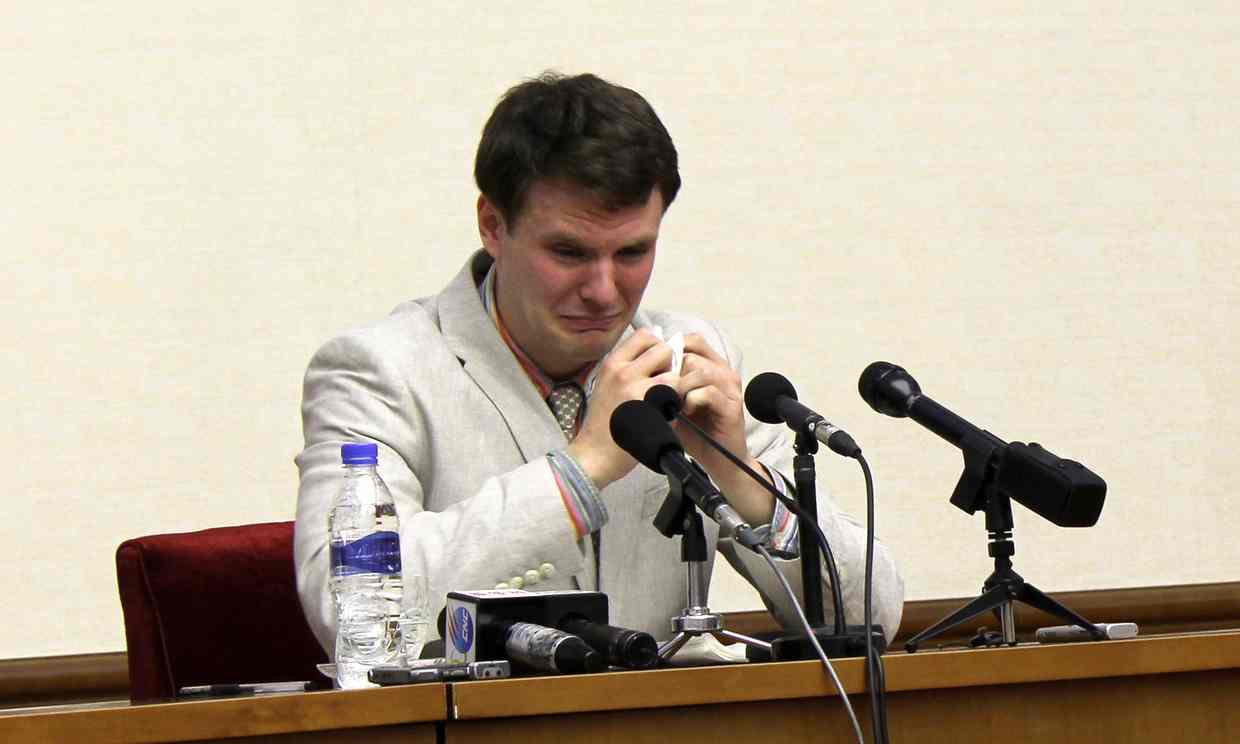 Otto Warmbier, 21, sentenced to 15 years of hard labor in North Korea for stealing a sign.

I have been thinking about two news articles which I have seen in the past week. The first is the tragic story of a young Italian woman who set out to prove that Islam was a religion of peace, by hitchhiking from Italy, through the Balkans and the Middle East, ending in Jerusalem.

Woman Hitchhiked Through the Middle East to Prove Muslims are Peaceful

She was raped and murdered by a Muslim man before she reached her goal.

The second story is about an American college student who was recently sentenced to 15 years of hard labor in a North Korean prison camp.

My heart truly goes out to both of these young people, and my heart mourns for their families. But really, their foundational premise in both cases is the same, which led to the ending of the life that they knew: that Western civilization is not morally superior to non- Western civilizations, and the same respect and dignity I am accorded in the West will be accorded me elsewhere.

In fact, the premise is false. Western society with its respect for law, for human life, for individual liberty rooted in righteousness, for family, for the disadvantaged and vulnerable, for authority delegated by God and operating under God, and for its fear of the LORD, is vastly superior to non- Western societies who do not have the same respect and honor built into the fabric and framework of its being.

But because this glaring truth is anathema to the Western elite, for whom YHVH and His word is anathema, they push the opposite lie and mark everything they touch with it: media, entertainment, and most of all, university and public education. They are the real murderers of Pippa Bacca and Otto Warmbier (who is thankfully not dead, but the life that he knew is over).