You are here: Home / Bible Study / feasts of the Lord / 8th day of assembly 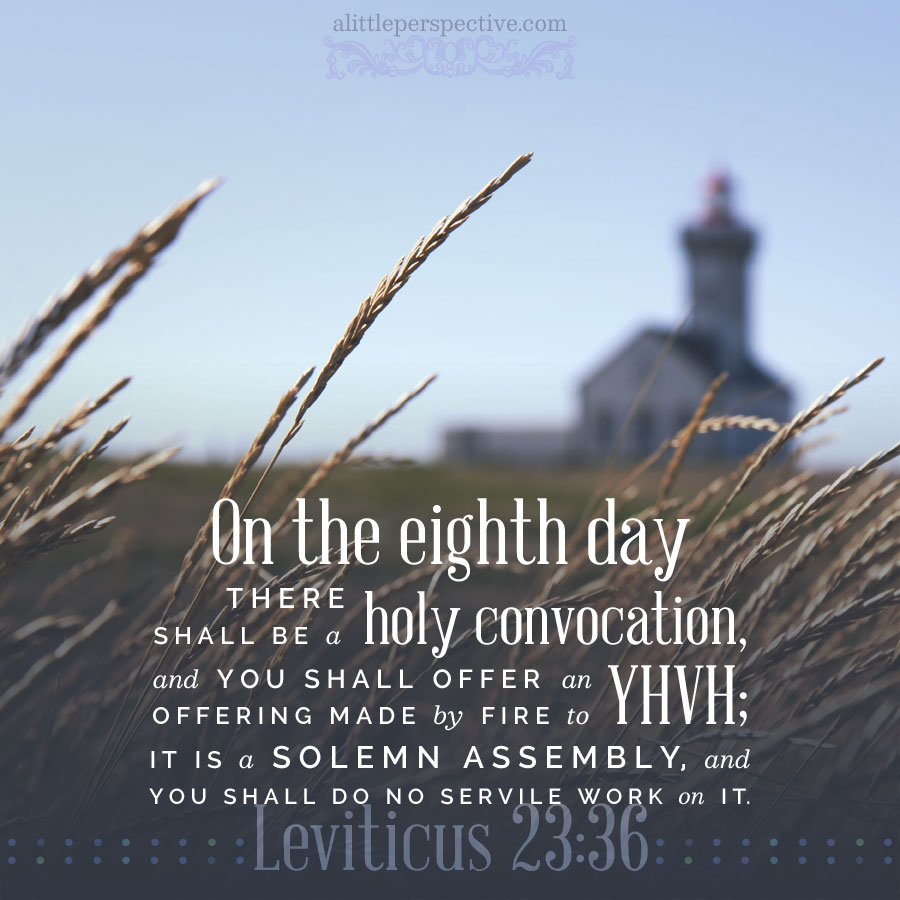 Saturday evening begins the final holiday of the fall Holy Day season, which is the 8th Day of Assembly. A special day of sabbath rest, and assembly, and dedication to the Lord God, was to follow the seven- day Feast of Tabernacles on the 8th Day (according to Lev 23 and Num 29).

Now if in the Jewish tradition, the understanding of the seven- day week is a mini- picture of God’s timetable; i.e. we work for six days and rest on the seventh; just as for 6000 years the earth has labored under sin, but will enjoy a rest in the 7th millennium under the kingship of the Messiah, then what is the 8th Day following the Feast of Tabernacles, the seven- day festival, the seventh of the Lord’s festivals, falling in the seventh month?

The 8th Day is a picture of the millennium beyond the Millennial Reign. In Jewish tradition, this means that after spending the Messianic Age with us, the Lord desires that we remain behind for another day; it is His invitation to us to remain with Him forever. It is the Eighth Day of Assembly where we are instructed to remain even after the close of the Feast of Tabernacles, where Jesus now dwells among us (or “tabernacles” among us), and instead of leaving at the close of Tabernacles, He asks us to stay longer and remain with Him, entering into the eighth day or into that period that transcends time itself — eternity.

Here is another way to look at it. During the week of Tabernacles, seventy bulls were brought as offerings on the altar in the Temple: one bull for each of the 70 nations listed in the Table of Nations in Gen 10 (count them, there are 70). We must remember that Tabernacles was originally a harvest festival, and with a bull being sacrificed for every nation during it, it was a picture of the harvest which the Lord would reap (and is today reaping) among the nations. However, on the 8th Day of Assembly, only one bull was sacrificed. Why?

“Eye has not seen and ear has not heard, nor has it entered into the heart of man, all that God has prepared for those who love Him.” 1 Cor 2:9

« colossians 4, the God of second chances
“these are my feasts” »