THREAD
@realDonaldTrump is used to the press choosing ONE unflattering expression from 90 minutes of speaking.

Check out how insane @SenAmyKlobuchar looks for 46 seconds straight. I removed the sound because I didn’t bother listening to her, and I wanted you to watch her face. 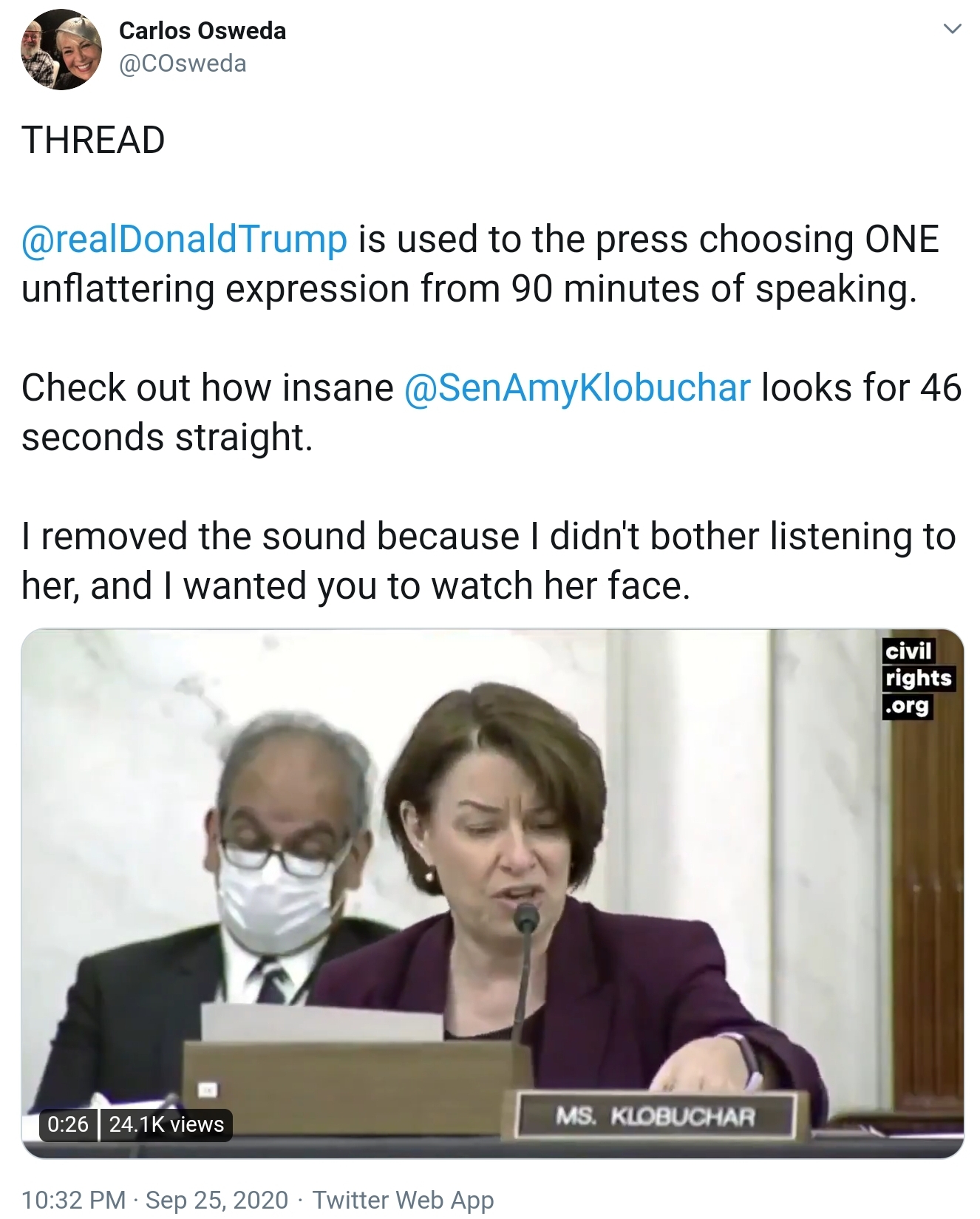 She did that for SEVEN FULL MINUTES. It’s not possible to find ONE FRAME in which she looks sane.

LOOK AT THIS. Captain Queeg material. 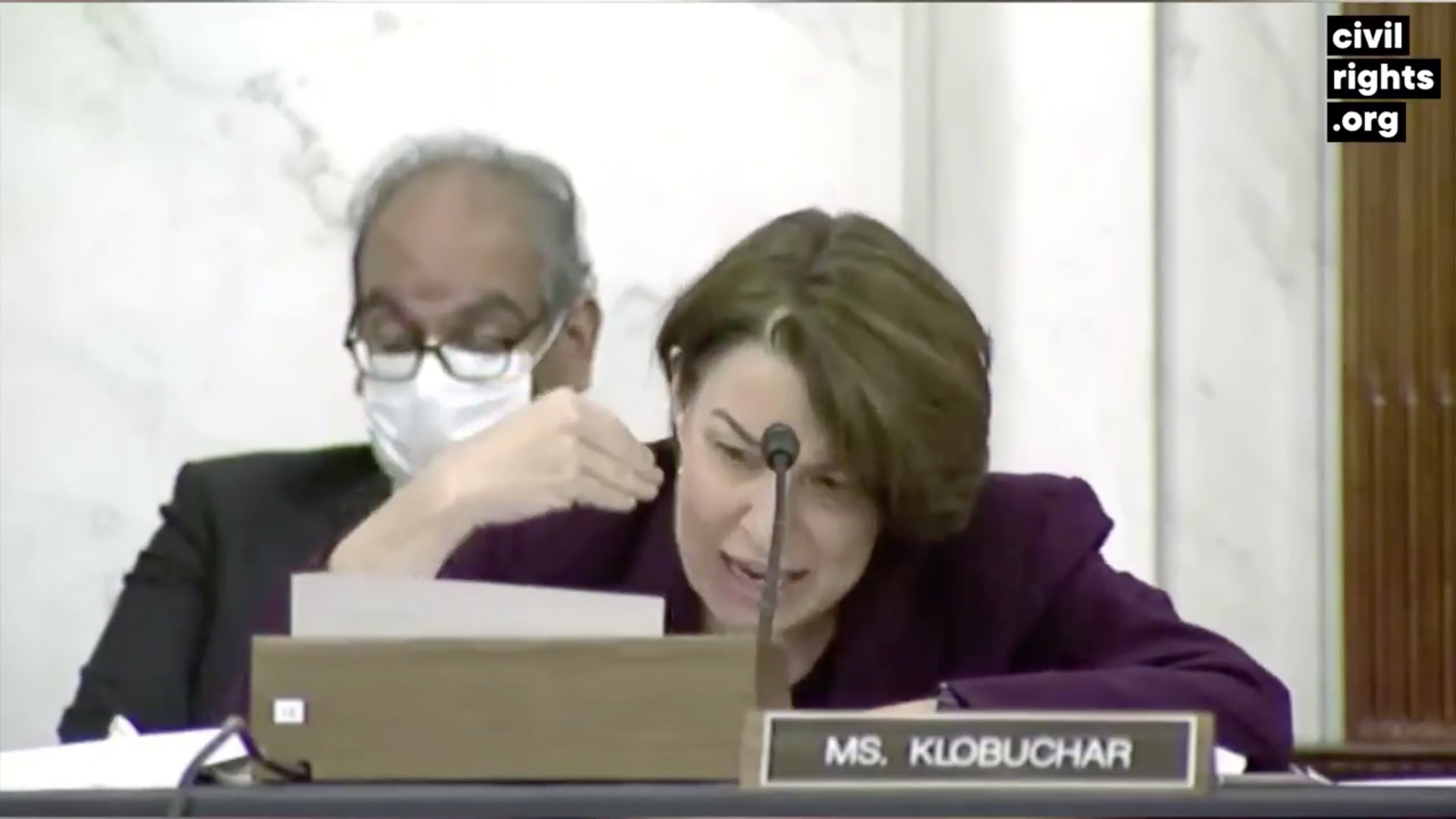 See, in the past, we recognized that people with mental issues were not capable of holding positions of responsibility.

I say that as a permanent psychiatric patent.

I myself am mentally ill.

That’s why I never tried to join in society at general.

TODAY, it seems that mental illness is a prerequisite for holding a position of responsibility in any leftist organization.

One of the most evil people I knew was a woman I dated for a month. 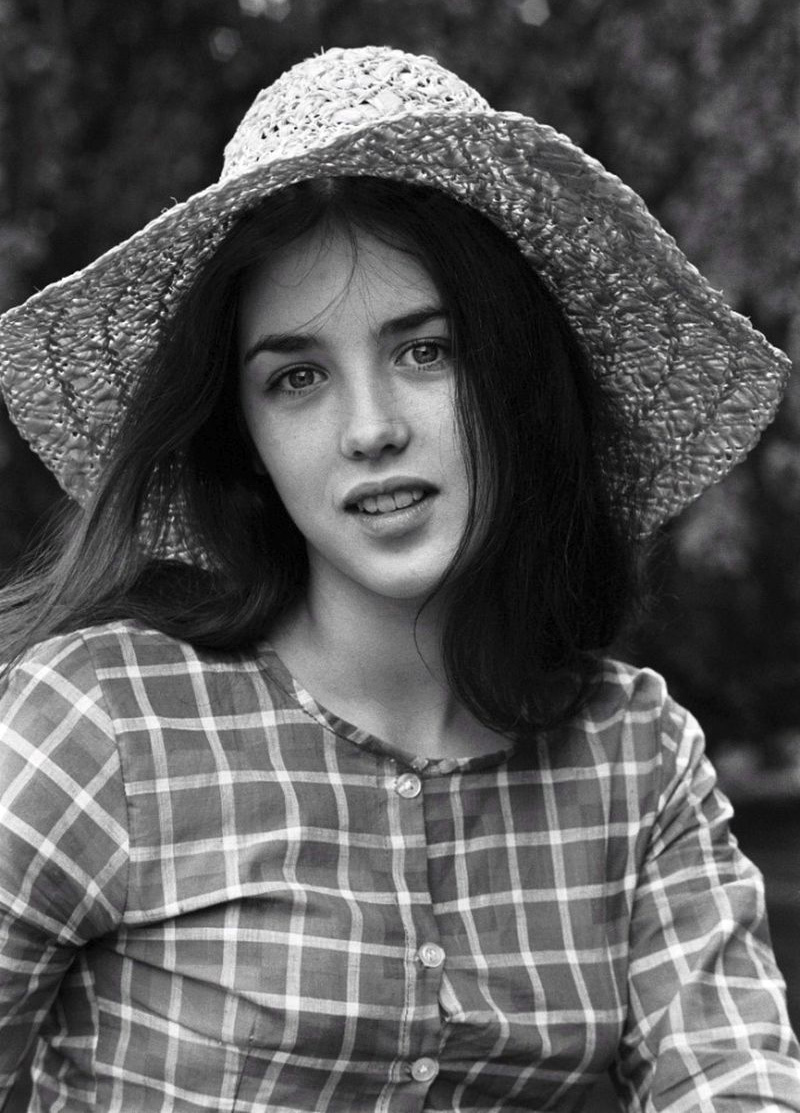 How could I NOT get together with her?

Within a week, she was starting fights over nothing.

She was a psychiatrist, so she used her training against me.

I’d confided in her.

I’d given her ammunition without knowing it.

Finally I told her we were done, and she got all contrite and begged for another chance, blaming it all on her biploar disorder.

I told her we were still done.

“IT’S PEOPLE LIKE YOU WHO MAKE IT IMPOSSIBLE FOR PEOPLE LIKE ME TO EVER BE ACCEPTED BY SOCIETY!” she screamed.

At the time, I didn’t know that I myself am a mental patient.

“No, bitch. It’s people like YOU who make it impossible for people like you to be accepted by society. LOOK HOW YOU’RE ACTING.”

My PTSD manifests itself as homicidal rage.

The first time was in a road-rage incident in San Francisco.

I was a field agent for a document retrieval service. I drove around all day with a microfilm machine, going to “custodians of records” at various institutions to copy documents used in court cases.

All custodians of records are insane and belligerent.

The worst was at the San Francisco VA Hospital.

There was no staff anywhere on any floor, and no directory.

I went from floor to floor, until I ended up in the basement, which is actually the first floor.

The entrance is in the back, on the top floor.

The custodian of records had glasses that hugely enlarged his eyes. He had a flushed, mottled face and a gigantic white beard and mustache matted into tentacles. 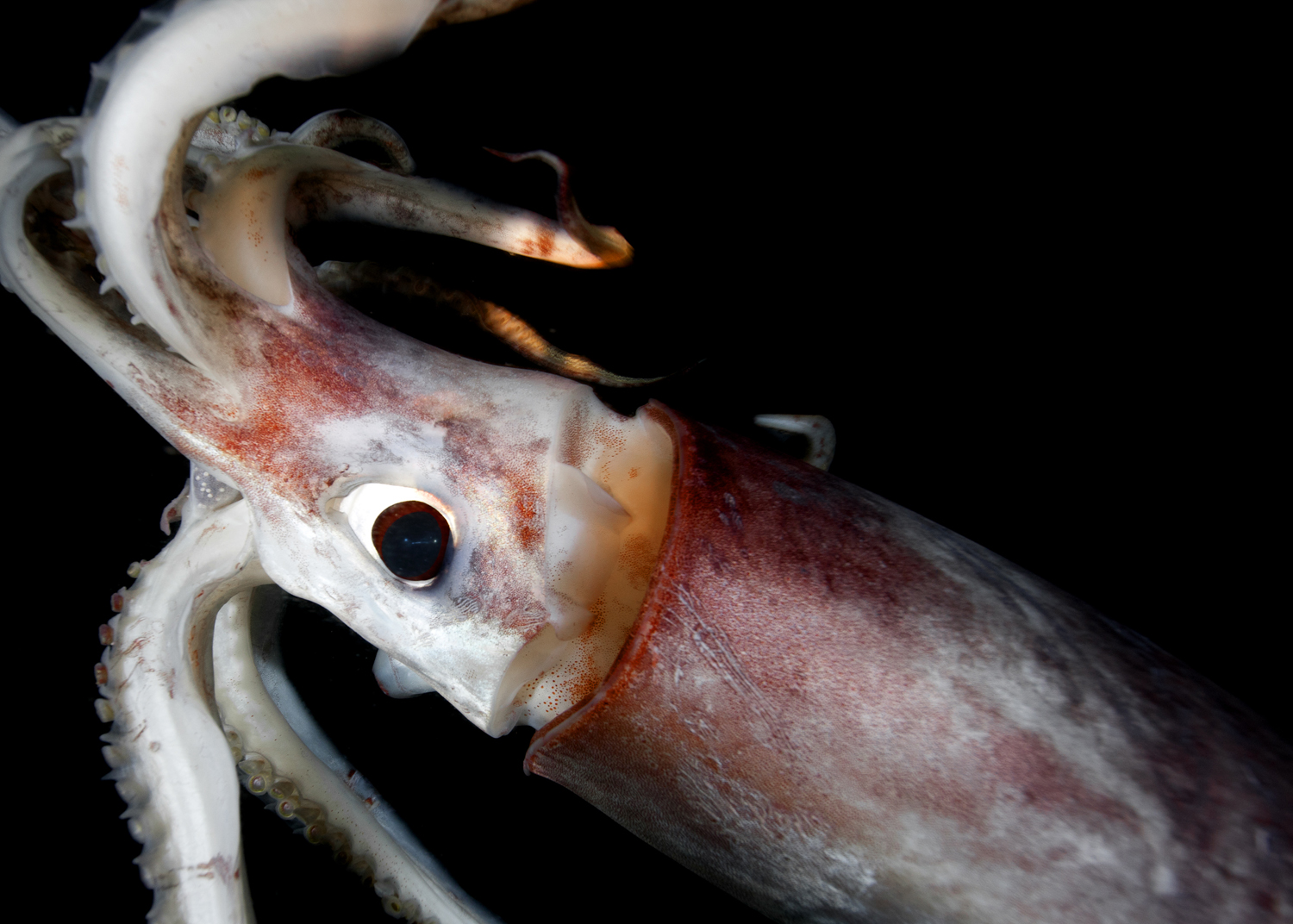 “Where’s the hospital staff?” I asked him.

“How the hell should I know?” he shouted. “Gimmie you damn work order!”

I expected him to start flashing red and white.

So it was a VERY stressful job.

On the day I lost control, a woman tried to maker an illegal left turn, blocking the whole intersection. Everyone behind me started leaning on their horns.

I got out and walked out to her open driver’s window.

“Could you please–” I started.

“GET BACK IN YA F*CKIN’ CAR BEFORE I BEAT THE SHIT OUTTA YOU!” she screamed in my face.

So I threw the hardest punch of my life. Aimed right at her nose.

Time slowed down, and a clam clear voice spoke in my head:

“Do you really want to do this?”

I veered the punch–which would’ve killed her–and missed her face.

Then I got back in my car and went home.

The next day I resigned form my job.

My live-in girlfriend at the time was in the process of driving me away, so I went away.

That’s when I started working for my parents.

I lost my temper like that only once more and almost used a shovel on my father’s head.

He was the most truculent son of a bitch who ever lived, and on this terrible day of madness and heat, he insulted me once too often.

He interrupted me as I was trying to HELP HIM out of another of his harebrained schemes, and he said something so utterly cutting that I almost did this to him.

But we were face to face.

It would’ve been more like a baseball home run.

So I voluntarily removed myself from society.

An 18-month letter and phone courtship with another dancer. 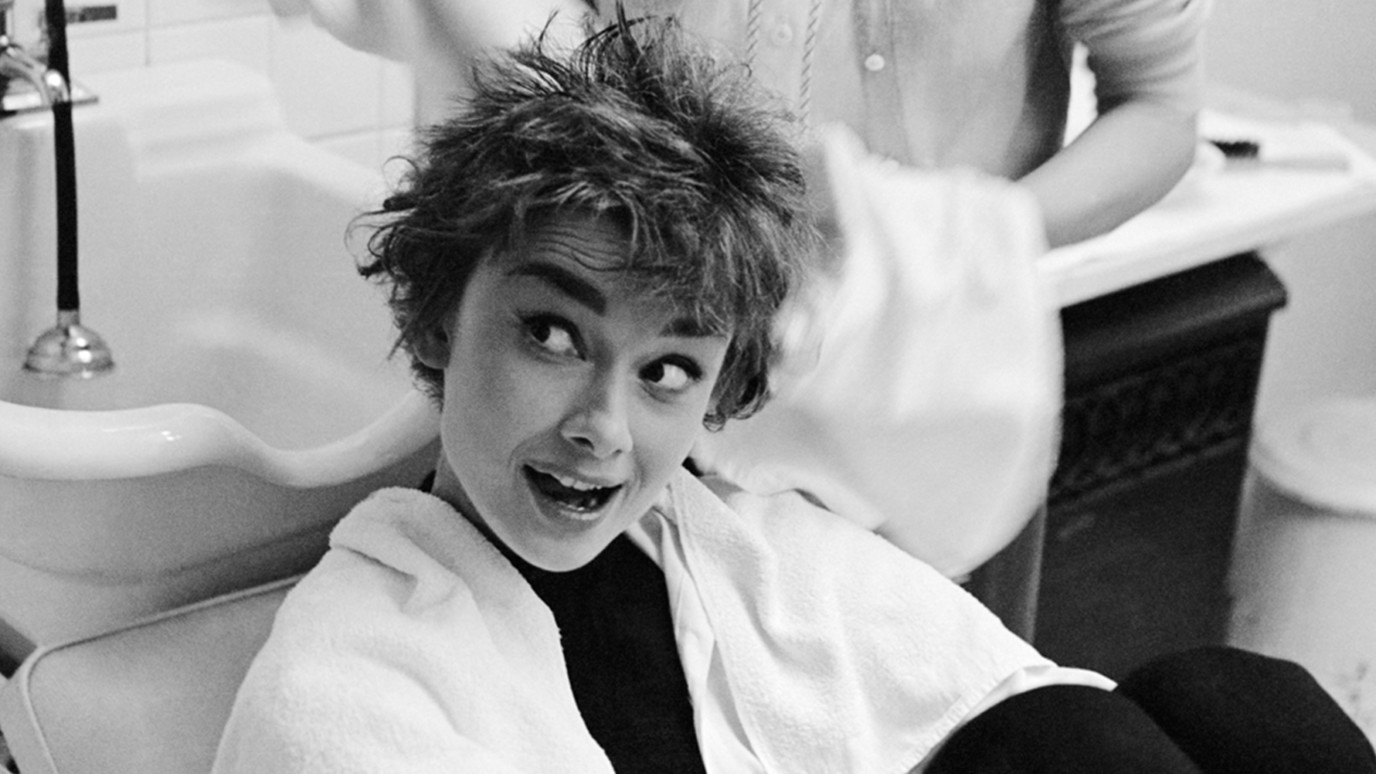 This time I confided NOTHING.

Finally she invited me to Amherst, Massachusetts, so I drive out to be with her.

Best predator and game player who ever lived.

She invited me out there to humiliate me.

I gave up and drove back to LA without stopping.

Just wanted to see if I could do it.

So I proved that I can’t exist among others.

Once you accept that, you become totally liberated.

You make what you can out of the time allotted you, and you don’t waste even a second worrying about what’s not possible.

The Democrats are headed for catastrophic defeat because THEY ARE INSANE, and they’re trying to make YOU see the world the way THEY do.

Imagine if I told you that MY experiences are universal, and I tried to get YOU to live YOUR life the way I live MINE.

“You must all become hermits, or I’ll kill you!”

Who would I attract as followers?

Ergo, everyone who supports THIS is insane. 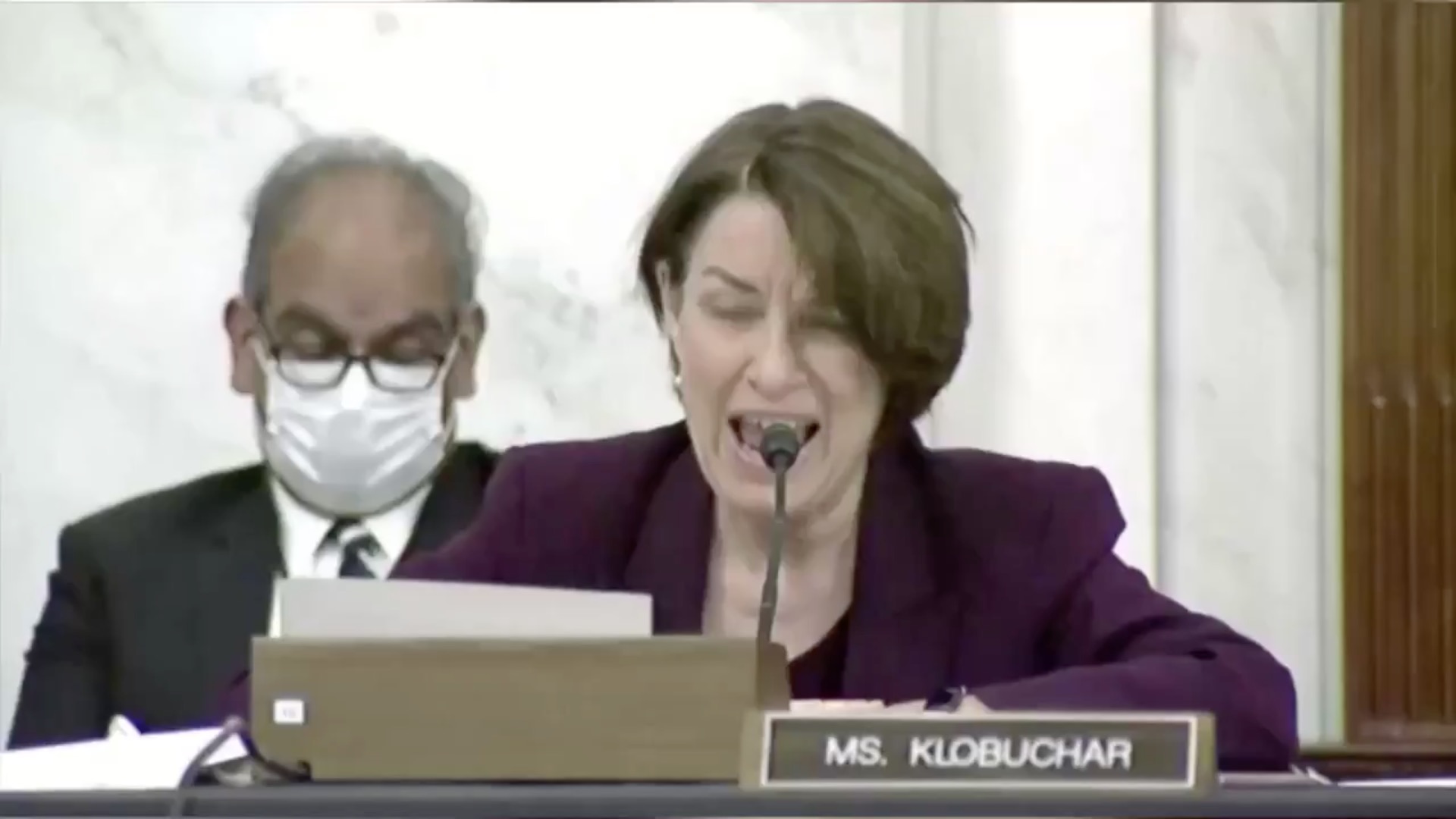 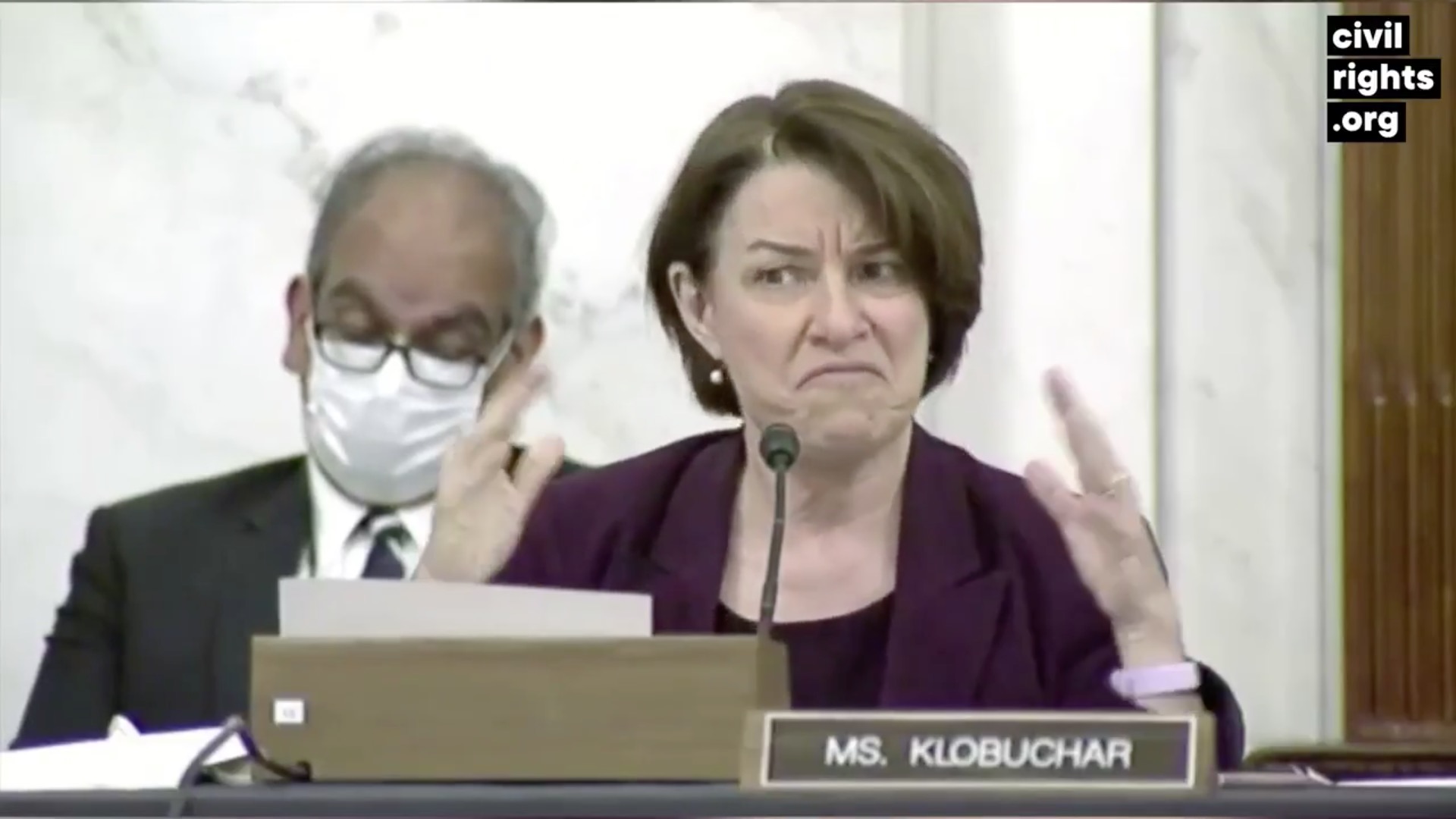 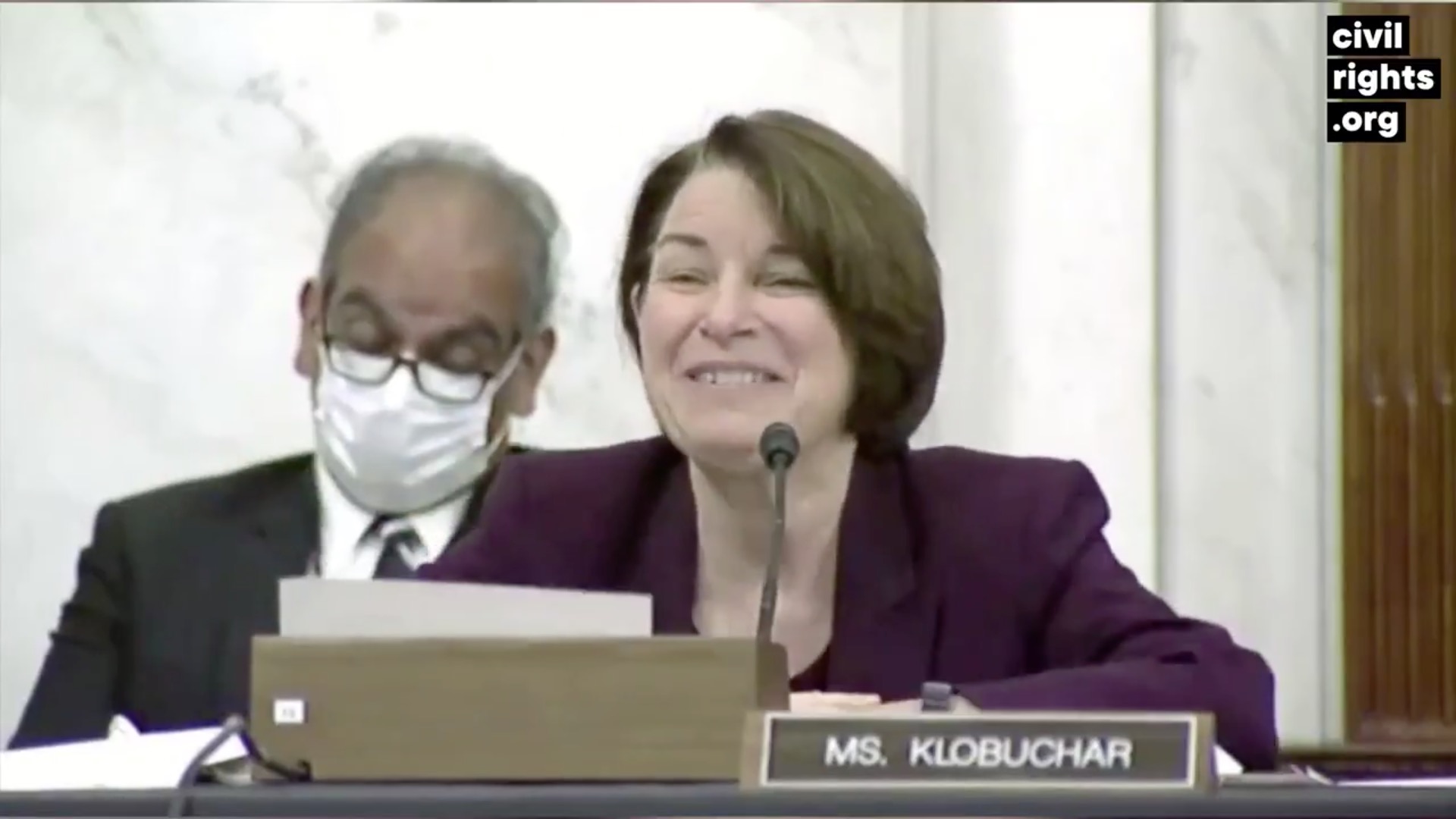 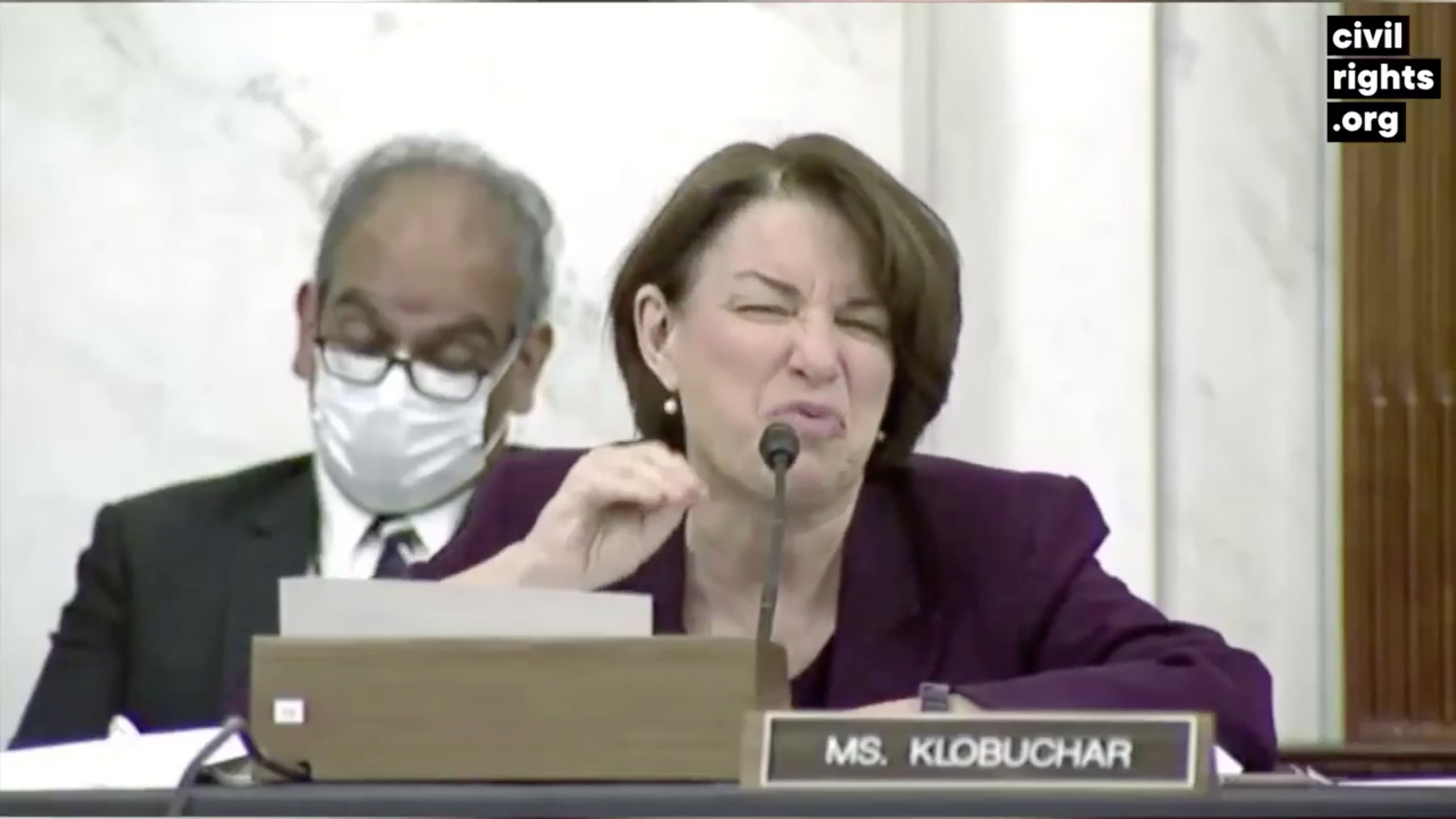 Look at the guy in the background. 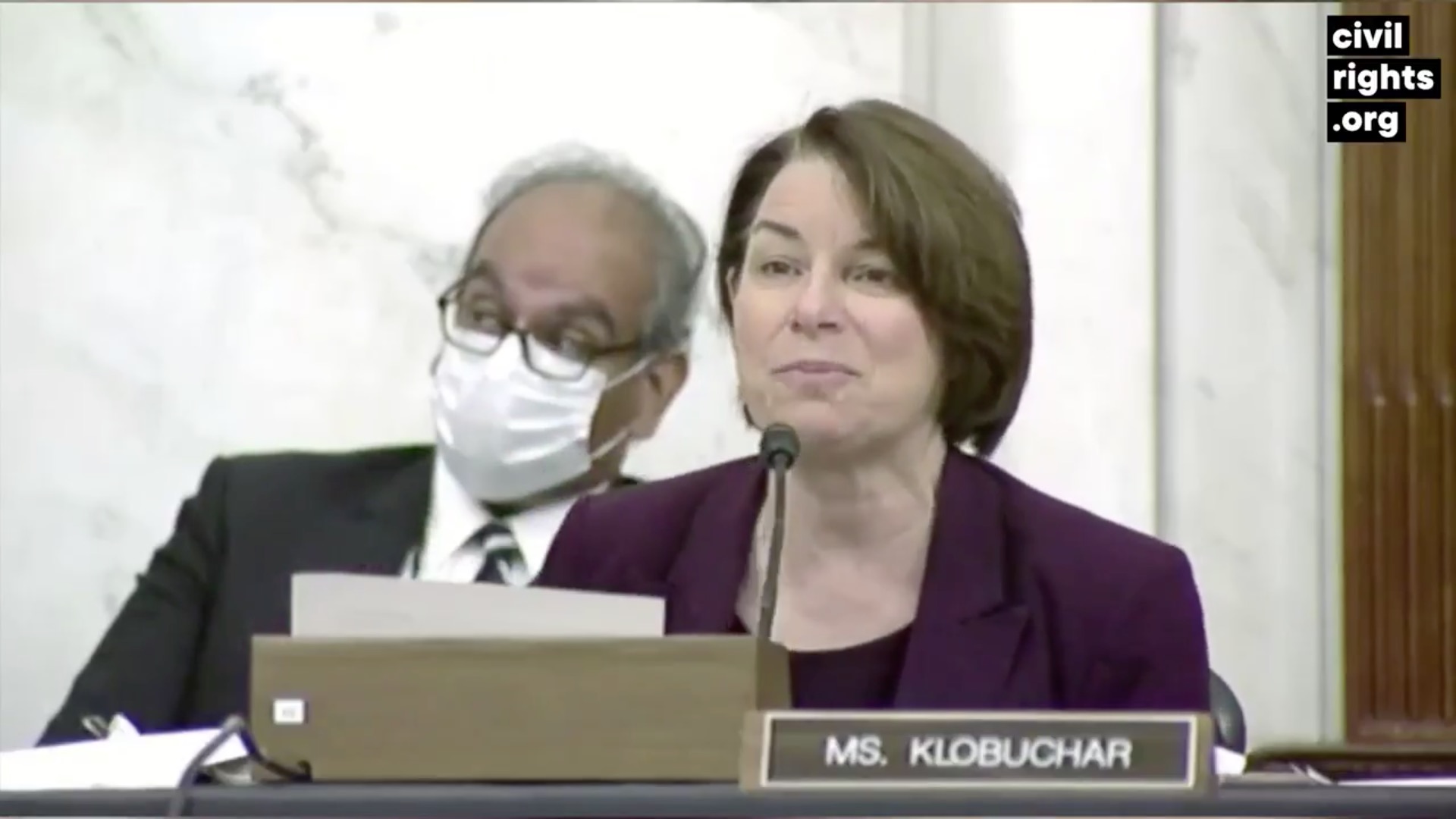 “MAKE A HOLE, AND MAKE IT WIDE! COMIN’ THROUGH!” 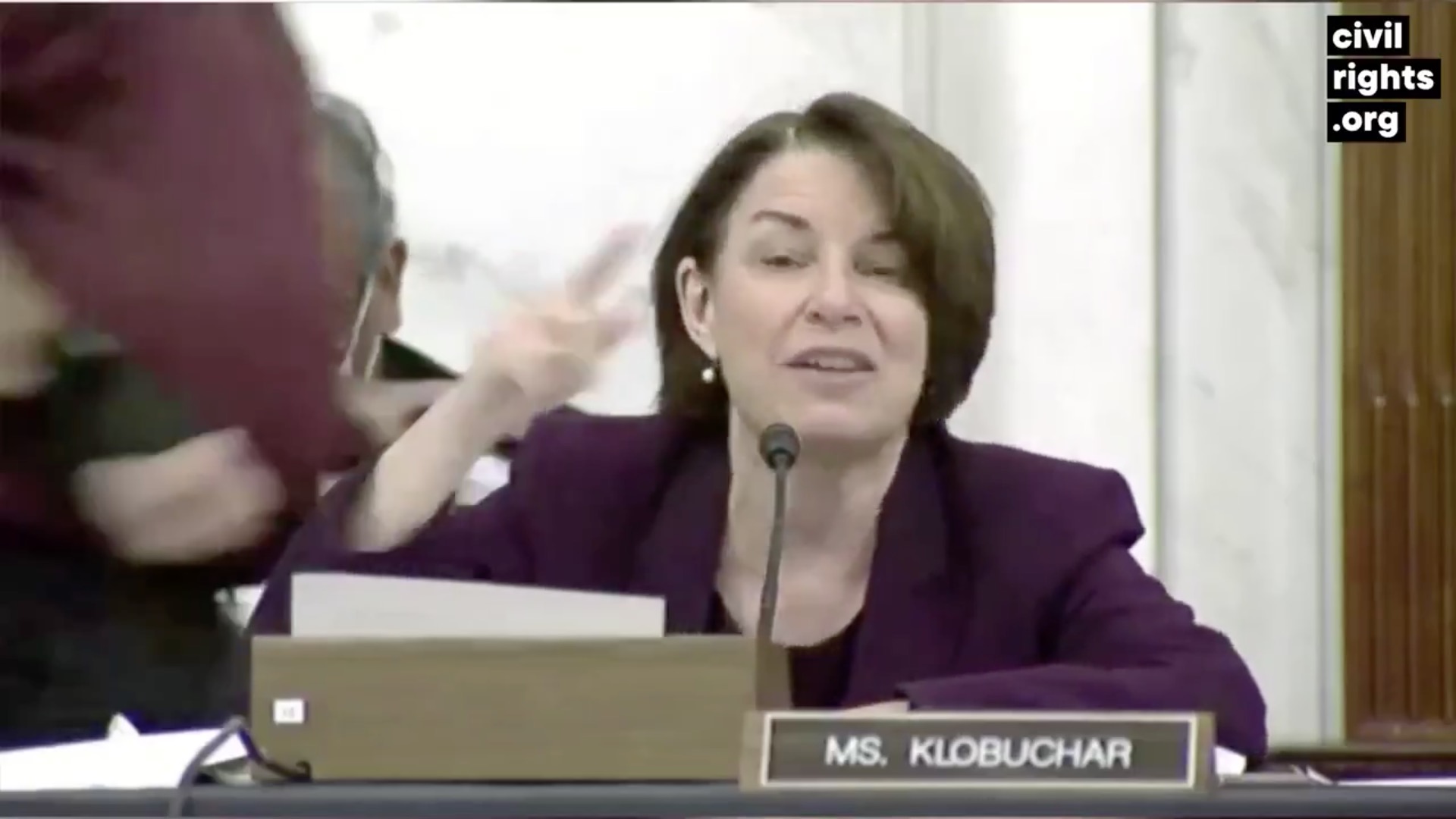 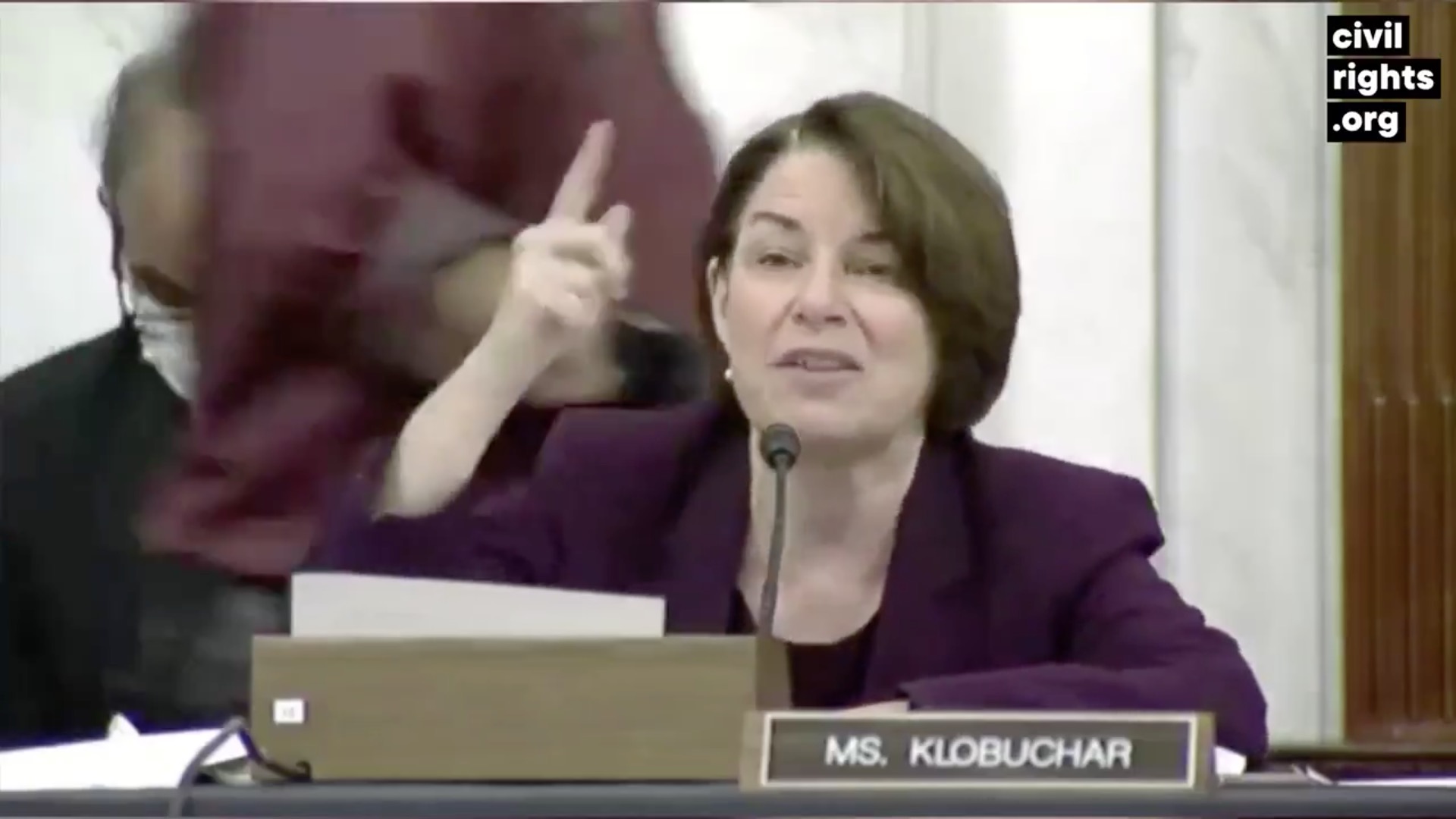 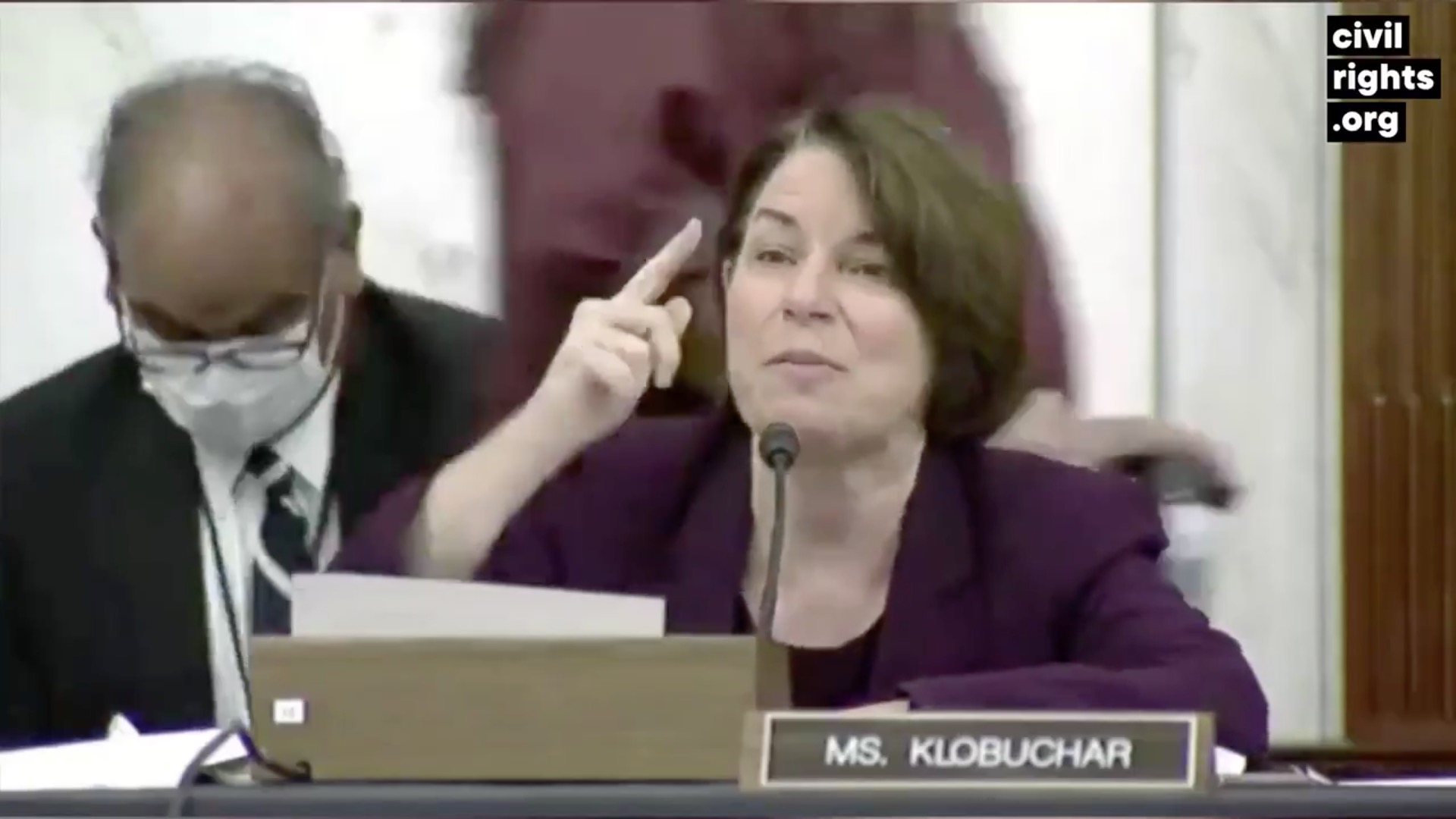 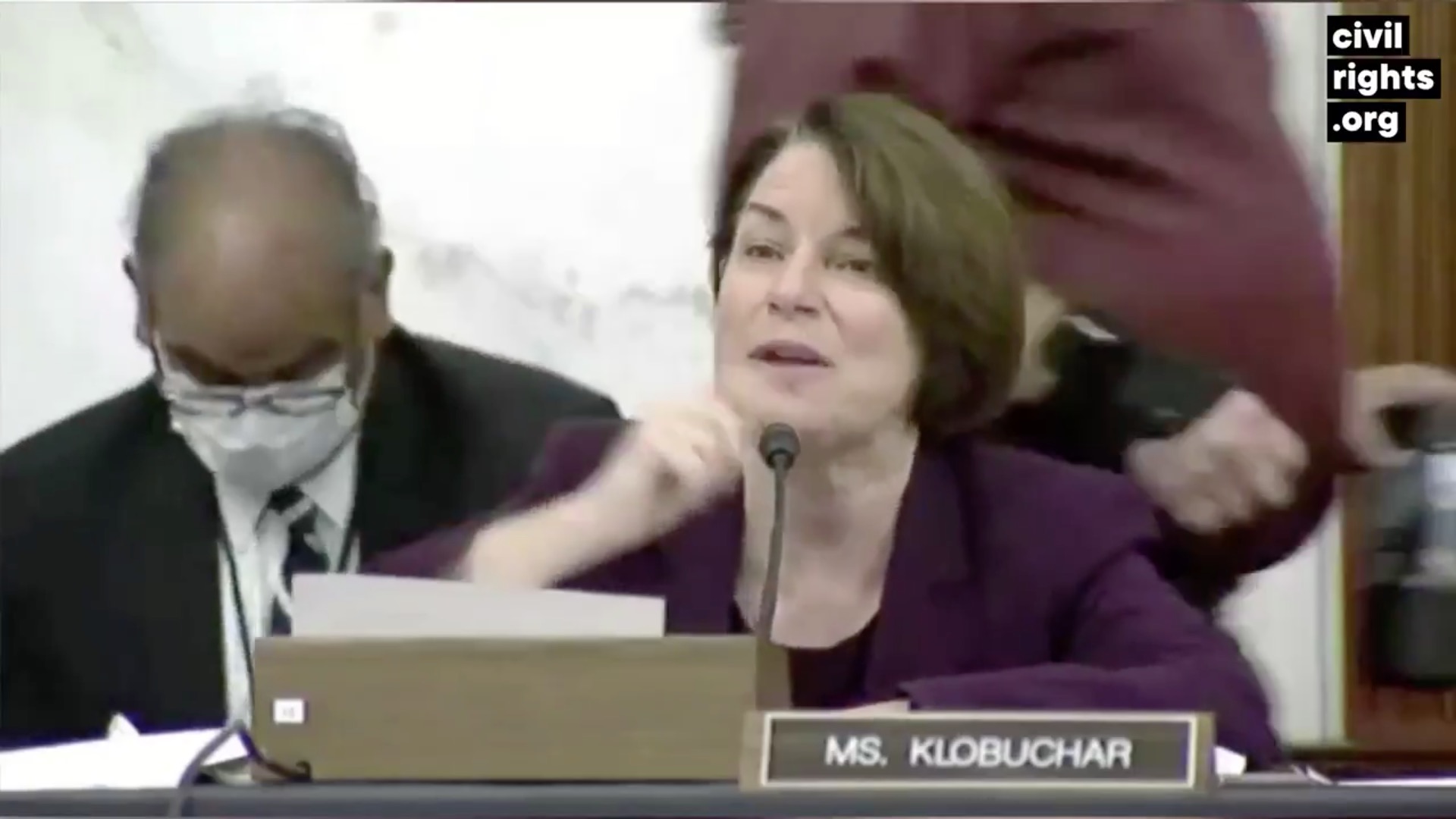 Ain’t nothing like ANY of this inside my four walls.

At least, not that I’M AWARE OF.

If Klobuchar and that photographer are here, as long as they’re silent and invisible, who cares?

Out of sight, out of mind.

Which brings me to one of my favorite stories:

A guy invented an automatic Japanese-English translator, which he tried to sell to a Japanese corporation.

The Japanese representative spoke English into the device, and it printed out what he said.

He looked at it, laughed, and left the meeting.

The inventor saw that the Japanese man had said, “Out of sight, out of mind” in English into the machine.

The machine translated it into Japanese:

COMMENT : Why do democrats all use wild hand gestures?

CaOs REPLY : You how dead her eyes are at all times.

They try to make her compensate with her hands and her crazy expressions.